In the late 1960s the Rugby Football Union began making plans to celebrate its 1971 centenary year. As part of the programme of events a film was commissioned that would tell the story of rugby union, from its origins to the present. William Webb Ellis, Are You Mad? began with a look at the formative beginnings of the game as an English pastime in the Middle Ages, before recreating the famous moment when William Webb Ellis picked up the ball and ran at Rugby School in 1823. Interspersed are cameos from Bill Ramsey (then RFU Secretary) Budge Rodgers, Jim Telfer with preliminaries and match-highlights of the 76th Calcutta Cup Match between England and Scotland at Twickenham in 1969. 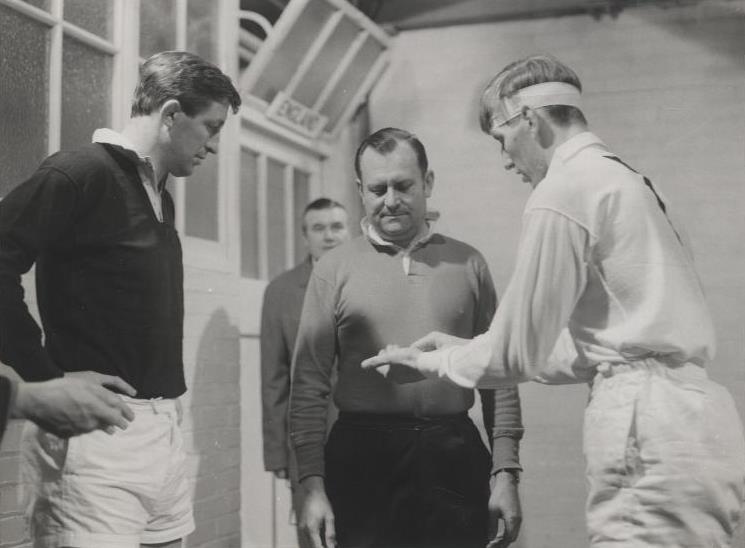 Narrated by Brian Jackson, the 27 minute film also features celebrated aspects of grassroots rugby such as singing in the showers, post-match pint and finger buffet. Though it captures in microcosm the spirit of rugby union at the time it also features much that we would recognise today. William Webb Ellis, Are You Mad? will be shown in the World Rugby Museum across the weekend of the England Scotland match.