I can remember my first visit to Twickenham and who I went with. I was at Lewes Grammar School and I was very proud to be in the under 14s Rugby Team. It was Trevor Richardson, our very talented scrum half, who I was very friendly with, who asked, "Do you fancy seeing England's game against Scotland?" This was 1953 and sport, particularly rugby, was a big part of our lives. As my weekly income was 6/- (six shillings) from a paper round, we had to travel economy style! I lived in Lewes and Trevor lived in Brighton in an area called Coldean. On Friday night I cycled the seven miles to Coldean to stay the night with Trevor's family, and then we were up in the pitch dark to catch a bus to Brighton station. The bus fare was 2½d (two and half old pence and there were 240 of them to the pound sterling) to catch the 0630 hrs workmen's train to London Bridge, the return fare was 4s 6d (four and six pence - nearly a whole week's paper round money!) 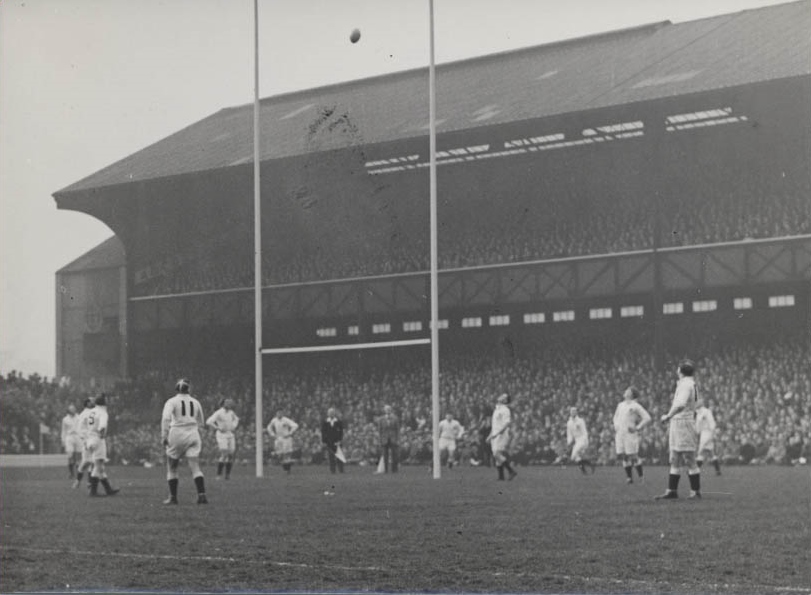 Having arrived at London Bridge, our first port of call was the ABC café at the edge of the station precinct, where we devoured a buttered roll and followed this by downing a mug of tea. Having refilled the fuel tank, we walked off, stopping briefly to look down on Billingsgate Fish Market. Our journey took us through Ludgate Circus, then up Fleet Street, taking in all the newspaper headquarters. I remembered being very impressed with the architecture of the Law Courts, as we then proceeded into the West End. We had timed our arrival at Selfridges for 0900 hrs when they opened. We headed straight for their music department. One could listen to the latest records in special cubicles and we listened to them all. The number one record, at that time, was "Davey Crocket, the King of the Wild Frontier". Trevor was too embarrassed to walk out without buying anything and bought a 2d postcard. I could see the day costing 3 weeks paper round money, so I bought nothing! We then went in and out of all the shops in Oxford Street and Regent Street before having lunch in the Lyon's Tea Rooms. Trevor guided me to Hyde Park Corner Tube station where we caught a train to Richmond and there we started the two mile walk to Twickenham. There was a fantastic atmosphere of excitement among all the walkers and it felt as if we were surrounded by old friends. In 1953 it was possible to buy tickets at the gates, which were half a crown (2/6d or ⅛th of a pound sterling). We then had to climb the many steps to the top of the South Terrace, where the panoramic view was excellent, but the cold wind was evil and the duffle coat hood was up straight away! I remember very little of the game. I remember the good humour of the crowd, the speed of the game: it was the first time I saw a scissors movement and momentarily lost sight of the ball as a result. England won but there was no vitriolics by the English supporters. 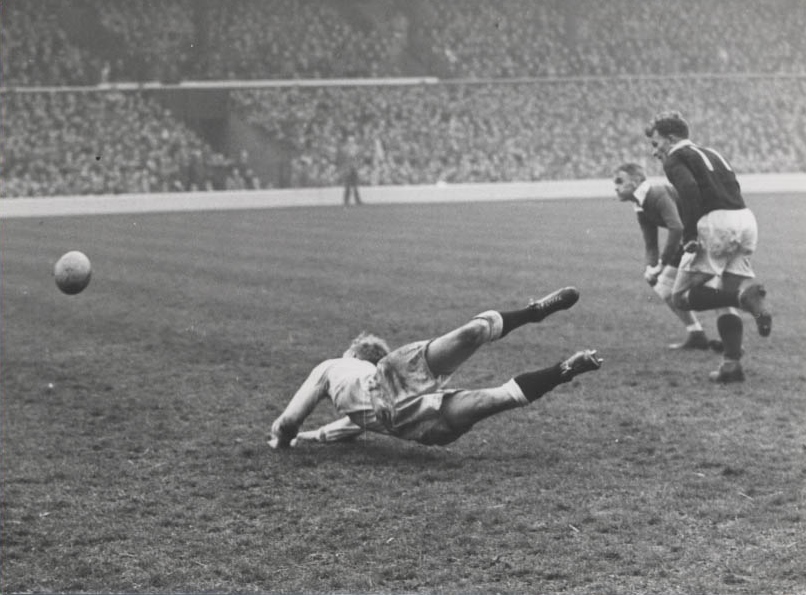 As it was our first visit to Twickenham we didn't rush away. We were absolutely amazed at the amount of alcohol that was drunk and the hundreds of smashed glasses. The atmosphere was enhanced by loads of guys in kilts and many playing bagpipes. Despite not winning, the Scottish fans were great company; this was our first experience of the special culture that rugby enjoys. We eventually started our walk back to Richmond, now in the dark, but we just followed the crowd. We took the tube from Richmond to Victoria and then the British Rail train back to Brighton, arriving back too late to catch a bus! The three miles back to Trevor's house were very lonely, cold and long. As Trevor jumped into bed I started my seven mile cycle ride home back to Lewes. As Trevor slipped into the "Land of Nod" I was able to reflect on a special day as my dynamo generated a beam of light to guide me home. It was a day I would never forget and many thanks to my old mate Trevor for the invite.