The Services teams from Down Under finally clashed at Bradford after a snow-postponement, and the against-the-odds Aussie win helped the Mother Country in their hopes of forcing a play-off for the 1919 Kings Cup… This was the match postponed from March 22nd due to three inches of snow on the pitch, and tournament results during the delay meant a New Zealand win would give them the cup given by King George However, in the glorious way of sporting competition, it was to be a huge upset. New Zealand suffered a one-point defeat as Australia dug deep and handed the 'All Blacks' their first beating of the tournament. 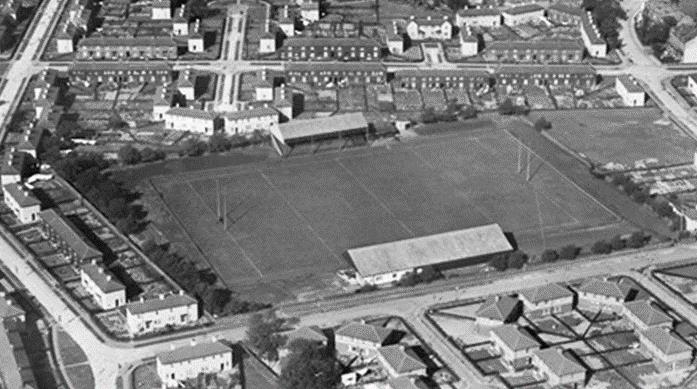 Both sides had been in action just four days earlier, but it was thought by some to be a formality for New Zealand that would give them the Cup. Others believed that the great effort by the Mother Country had tired New Zealand - their pack in particular - and that Australia had the forwards to fully stretch them on Bradford's new Lidget Green pitch. The Australians were a varied group captained by New Zealand-born Lieutenant William "Billy" Watson, MC and Bar, DCM and DSO. Watson, a prop, had won his first Australian cap against the American All-Stars in 1912 on a notably unsuccessful tour of North America when Australia managed to lose all their games in Canada. The following year he played in all three Tests when Australia toured New Zealand and played in a return match the following year in Sydney, before it was time to join up. Watson had suffered in a mustard gas attack late in the war in October 1918, causing outbreaks of festering sores. Just such an outbreak occurred before the big match against New Zealand, but Watson calmly called for a medic to lance and dress the sores as well as possible before playing with blood seeping through. Centre Dan Carroll had won an Olympic gold medal with Australia in London in 1908, (possibly less than 17 at the time) and then after the 1912 tour settled in California, where he became a stalwart of the American team. He was to win a second Olympic gold medal in 1920, this time with the USA, though stories of his having further acted as coach to the successful 1924 squad seem to lack foundation. Aussie skipper Bill Watson's policy was to move the ball to the open spaces in the first half and close the game up into the wind after the break, while also seeking to ensure that NZ's dangerous match-winning wingers, Percy Storey and 'Jockey' Ford, were starved of the ball. New Zealand aided their own downfall by passing the ball unusually slowly, and Australia may have won by more than one point had they not missed penalty chances at goal. It is interesting to note the comments of someone who well remembered the pre-schism days and the original 'colonial' tourists, and was also accustomed to seeing rugby played for a trophy. That Australian pack impressed one and all on the day, and at least prevented New Zealand from carrying off the King's Cup with games to spare. The cutting shows what 'Old Ebor' (the Welsh-born A W Pullin) made of the game in the local Yorkshire press.

In fine conditions a crowd of at least 6,000 saw Australia gain the advantage of winning the toss, electing to play with the wind and have the sun shining into New Zealand eyes. The Aussies led by 6-0 at the interval, 'Bluey' Thompson scoring the first try when Jack O'Brien made a rare mistake and had his kick charged-down. Then, after full back Jackie Beith hit a post with a penalty some good Australian passing put in winger 'Pat' Egan for the second score, but neither was converted. 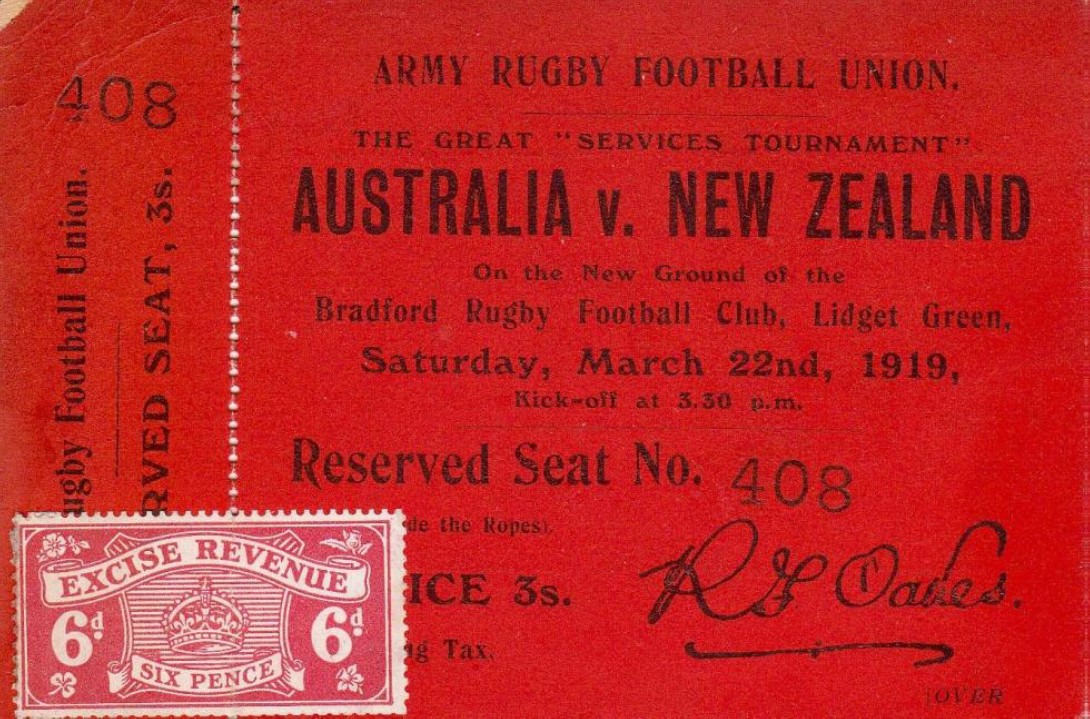 With the wind behind them, though with the sun receding, New Zealand clawed their way back into the game with an early second-half try by 'that man', Storey, which centre Jack Stohr converted. 6-5: there was just a point in it and New Zealand might have thought they could get the score they needed, but they had reckoned without the Australian forward effort, especially by their marauders in the loose. The tackling on both sides was hard, fair and solid and the Australian pack won the day, finished the game the better, but exited the competition. That the Cup remained very much up for grabs was thanks in no small measure to Jimmy Clarken. Making his debut in the Cup, forwards' coach Clarken was mainly responsible for disrupting the New Zealand 2-3-2 scrum formation: yet he was aged 42 years and 10 months at the time and the only new face on either side! The result set the competition alight and meant that a Mother Country win over South Africa in three days' time would see both them and New Zealand achieve a record of four wins and one loss - triggering a play-off game at Twickenham, won 6-3 a week later by New Zealand. New Zealand -J G O'Brien; W A Ford, L B Stohr, P W Storey; J Ryan (capt); D M Sandman, C Brown; A P Singe, E W Hasell, R Sellars, E L J Cockcroft, N A Wilson, H G Whittington, E A Belliss, A Gilchrist. Try - Storey. Con - Stohr. Australia - B M Beith; D C Suttor, D B Carroll, H R Pountney, M (Pat) Egan; J Robertson, T W Flanagan; W T Watson (capt), V A Dunn, E A S Cody, W R Bradley, J Thompson, G E See, J Murray, J C Clarken. Tries - Thompson, Egan. Referee - Not known.

1919: Rugby's First 'World Cup', by Howard Evans & Phil Atkinson, published in December 2015 by St David's Press and available from them, Amazon and other online outlets. Howard is a respected rugby writer, who was for many years a rugby correspondent for the South Wales Echo and the Western Mail; Phil is a retired headmaster and history teacher, President of Rhymney RFC and Editor of the Rugby Memorabilia Society's magazine, 'Touchlines'.