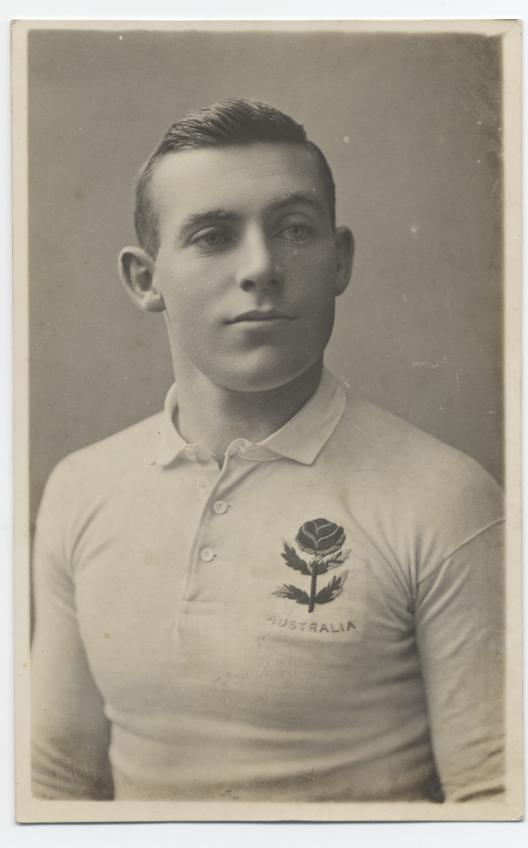 Dan Carroll was born in Australia in 1887 and holds the honour of being the only rugby player to be a dual Olympic gold medalist for different qualifying nations. Carroll was selected to play for Australia as part of their 1908/1909 rugby tour to Great Britain and France. At 20 years old, he was the youngest member of the tour squad but was still selected to play in the first test match against Wales in Cardiff - the first test match Australia would ever play on British soil. The tour coincided with the 1908 London Olympics and so Carroll had the opportunity to take part, earning his first gold medal. In 1912 Carroll was again selected to play for the Australia team that would tour Canada and the USA. At the end of the tour, Carroll decided to remain in America and went on to play and coach rugby at Stanford University. He played his first rugby test match for the USA in 1913 and played for the USA side that beat France in the 1920 Belgium Olympic Games. This secured him his 2nd Olympic gold medal and ensured his place in the history books. Carroll played his last game of rugby in 1921 before embarking on a career with Standard Oil. He remained in America until his death in 1956. Our latest Special Exhibition 'Rugby and the Olympics' is running until Summer 2020.