The following is an adapted extract from Peter Jones' book, Newport Rugby Greats. The Lions forwards of the 1938 party were widely admired for their refusal to give up despite the first two Test defeats. One local correspondent praised the fact that they "gamely and unstintingly stood up to a tremendous task". 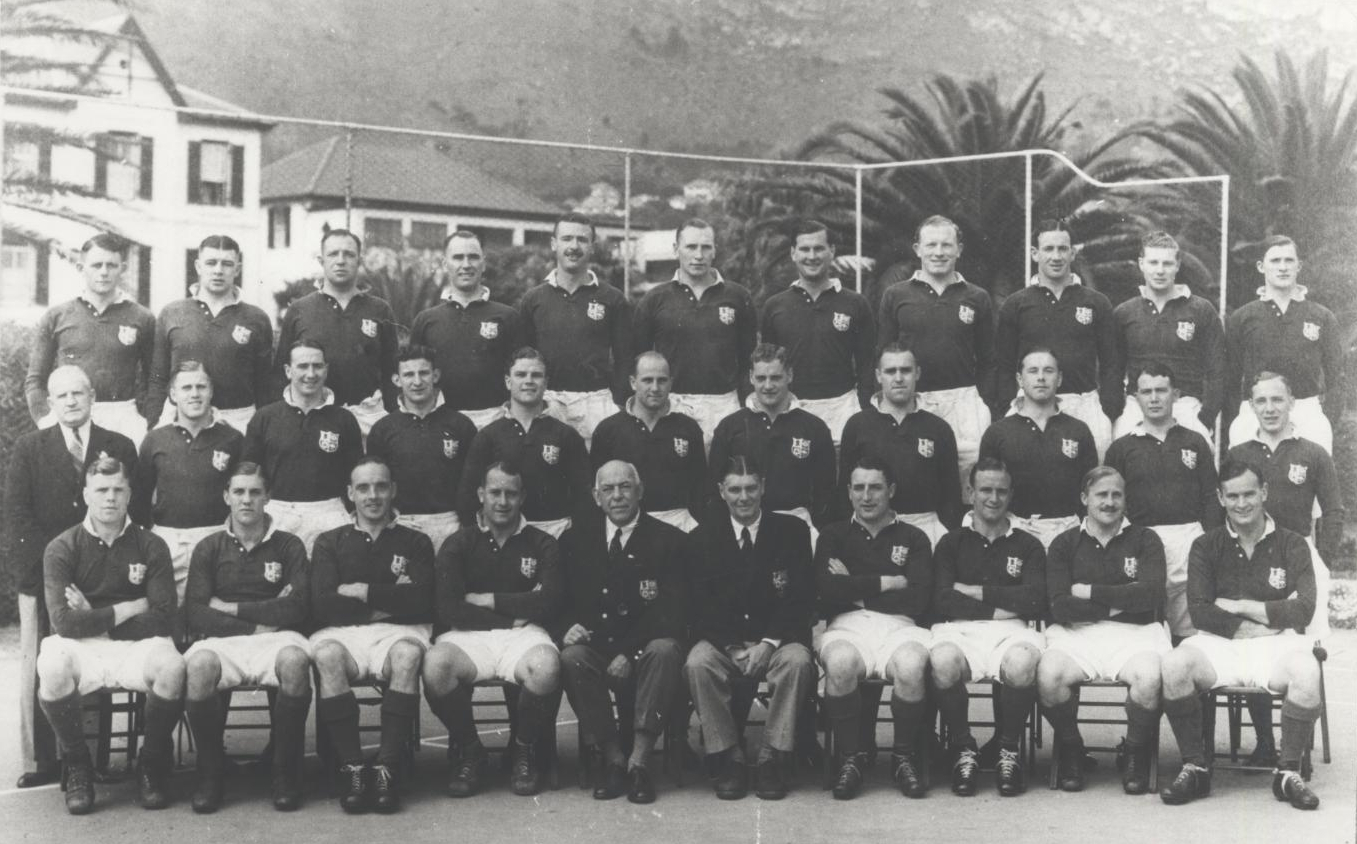 Having learned his rugby in the hard school of Pill RFC from the age of 15, Bunner Travers was never going to be a pushover. The son of one of the key Welsh forwards in THAT match in 1905, the tour turned into something of a personal triumph for Bunner. Conditions in South Africa suited him - hard, fast grounds allowed him to show his speed around the park, and he relished the physicality of Springbok forward play. By the end of the tour he was widely touted as the best hooker seen in any touring side. Quite an accolade from a nation of rugby purists. In one tour match his hosts marvelled at his ability to hook clean ball from a Lions scrum that was down to just five men. The Lions played some dazzling open rugby to win the Third Test, but the fact that they carried their prop forward skipper Sam Walker off the field on their shoulders showed the old rugby truism - that the game is won and lost in the contact zone. Off the field Bunner (below left) struck up a friendship with Blair "Paddy" Mayne (below right), the fearsome Irish lock. Mayne was a loose cannon and a constant disciplinary headache for the tour manager, Maj. Jock Hartley. He seemed to find a soulmate in Bunner Travers. Their nocturnal strolls became the stuff of legends, so much so that Mayne was named in a "Bad Boys XV" as recently as 2013 by the Rugby365 website, which put him in such hallowed company as Gavin Henson and Quade Cooper. On reading accounts of the extra-curricular activities of Mayne and Travers, however, it seems unlikely that the modern members of Rugby365's side would survive a night out with these 1938 Lions.

One of Bunner's cultural nights out with Mayne took them to Ellis Park, Johannesburg. The stands at the ground were being constructed by convicts, who slept in a compound under the scaffolding. Mayne asked one of them why they were imprisoned, and he replied that it was for stealing chickens. He was nicknamed "Rooster" by the two Lions men, and they returned the following evening with a set of bolt cutters and a change of clothing. "Rooster" was free - but only for a while. Upon recapture, the only papers found on his person belonged to Mayne, who had forgotten to empty his jacket pockets before donating it to the escapee. Lions captain Sam Walker was somehow able to persuade the angry Tour Manager that Mayne was worth the trouble he was causing. When the tour arrived in Durban, Mayne and Travers dressed in sailor's uniforms with the express aim of getting into fights on the dock side. One can only surmise that Bunner must have felt that it was one way of dealing with his own homesickness. At Pietermaritzburg, Mayne reduced hotel furniture to match wood, but Bunner seems to have stayed out of trouble on that occasion. Mayne's hold on a tour place was looking increasingly tenuous. Finally, he abandoned a Lions reception when he spotted an alternative source of entertainment. In the early hours of the following morning Mayne's room mate, George Cromey, was rudely awoken when the hotel door was smashed down. Mayne stood before him, still in his dinner suit, with a freshly killed springbok across his shoulders. Cromey was relieved to see the giant blood stained Irishman stomp off to look for skipper Sam Walker - Mayne was apparently responding to the fact that his skipper had been complaining about the quality of the fresh meat on tour. Another door was smashed in, and the dead animal dumped on Walker's bed. Unfortunately, the Lions captain's thigh was injured by one of the horns as it landed. Eventually, Mayne left the animal's still bleeding corpse outside the door of the South African team's manager. This trail of destruction would have left the Lions party no choice but to send Mayne home, but he just disappeared, eventually rejoining them at the dockside for the boat home. 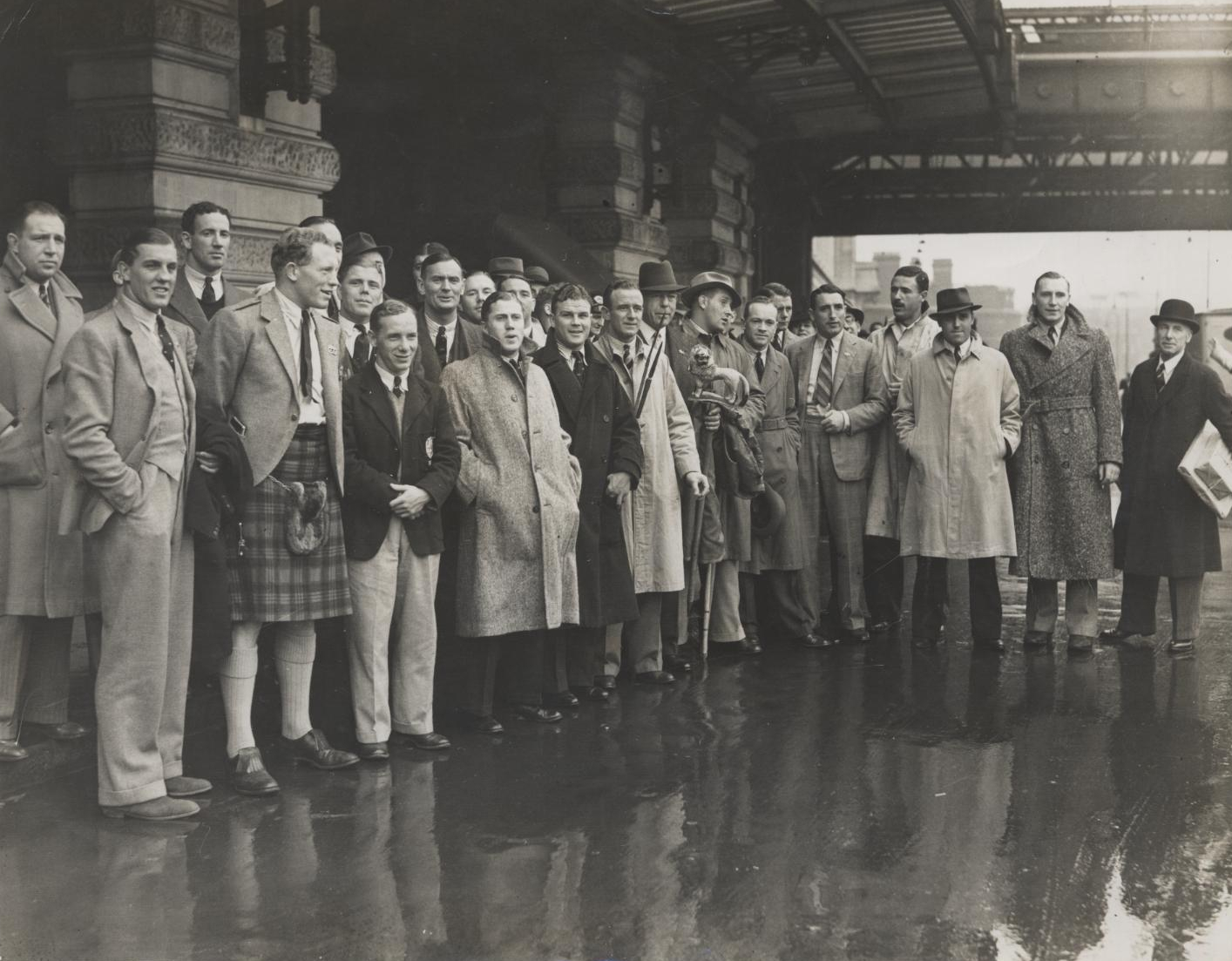 Military buffs will know that Paddy Mayne played a crucial - and predictably aggressive - role in the fledgling SAS units that were set up during WW2. A reading of Ben McIntyre's SAS Rogue Heroes should leave us in little doubt that his wartime colleagues would, like Bunner, have been eternally grateful that Paddy was in their dressing room.

About the Author - Born and raised in North Wales, Peter Jones has spent his adult years over the border. Having spent several years as a teacher in Southampton, he now runs his own Tour company - Single Step Tours - and writes. He is married, with four children, and lives in Romsey, Hampshire. Details of his published works are on his website.