11 December 2015
One of Us: England's Greatest Rugby Players - Norman Wodehouse

The word 'hero' is often freely bandied about in relation to sport but Norman Wodehouse was a hero in every sense of the word. Born in Basford, by the age of fifteen he had enrolled in the Royal Naval College and was selected to represent the Royal Navy in 1907. A line-out specialist, Wodehouse was marked out by his ability to lead and inspire at an early age both on and off the field. He earned his first England cap against France in 1910 and went on to help his side to a first outright Championship since 1892. He was an ever present in the side over the next two seasons and was promoted to captain at the end of the 1912 season. The following year he became the first English captain to lead his side to a clean-sweep of victories, an achievement now known as a Grand Slam. Wodehouse had made history and will forever be remembered as England's first Grand Slam winning captain, but his life-time achievements were only just beginning. By the outbreak of the First World War Wodehouse had achieved the rank of gunnery officer and was posted to the HMS Revenge, which became engaged in the Battle of Jutland. After the battle he received a medal for having left his own ship to save the life of a drowning seaman, who had fallen overboard from a different vessel. Wodehouse remained with the Royal Navy after the war and was promoted to commander. By the time of his retirement in 1940, he had attained the rank of admiral. The Second World War cut short his retirement and he returned to take command of a convoy heading south along the western coast of Africa. Inevitably the convoy came under attack from German U-boats. Wodehouse immediately ordered his ships to scatter, an action which saved many lives but sadly not his own. 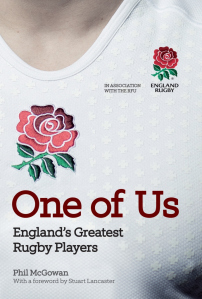