24 November 2015
One of Us: England's Greatest Rugby Players - Martin Johnson 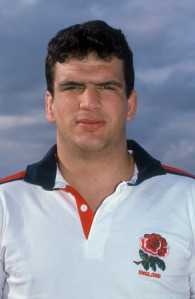 Martin Johnson was concussed for most of his 1993 international debut. The fact that he was singled out as having shored up the English lineout and ensured a narrow victory over France was indicative of the type of impact he would go on to have for his team. 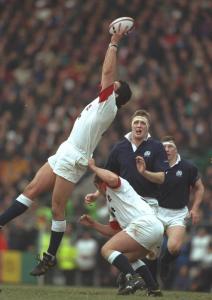 At 6ft7" and 18 stone Johnson was England's colossus but his quiet manner off the field belied a burning ambition on it. Whilst other players lost their heads in the heat of battle Johnson constantly got on with the job of winning ball, driving his team forwards and controlling the pitch to the advantage of his team. As a youngster he went to learn his trade in New Zealand where he received tutoring from Colin Meads. He impressed and was selected to represent the New Zealand Colts, after which Meads personally guaranteed that Johnson's future lay with the All-Blacks. He was wrong. Later in 1993 Johnson would earn his second England cap, helping his side to their first victory over New Zealand in 10 years. He became a regular in the side the following season and helped England to a Grand Slam in 1995. A natural leader, Johnson became captain of England in 1999, two years after he had successfully lead the British and Irish Lions on their tour of South Africa. 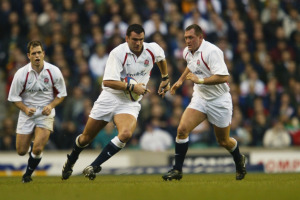 Outright Championship victories were secured in 1996, 2000 and 2001. In 2003 Johnson would captain England during English rugby's most successful season. A dominant Grand Slam was secured after Johnson's immovable side racked up five tries in Dublin during a 42-6 win. That summer Johnson led his side to back-to-back wins over New Zealand and Australia before taking England to the 2003 Rugby World Cup in Australia. Leading by example throughout the tournament, his driving run helped set-up Jonny Wilkinson's last minute drop-kick to secure a 20-17 win the final in Sydney. His last act as captain was to become the first Englishman to lift the Webb Ellis Cup. 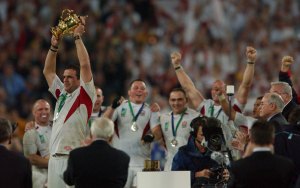 In 2009 Johnson was declared England's player of the century by public vote and with characteristic modesty he attributed the accolade to the 2003 team rather than himself as an individual. About the Author - This article is an extract from the book One of Us: England's Greatest Rugby Players available here Phil McGowan has been a member of the World Rugby Museum team since 2007.