02 December 2015
One of Us: England’s Greatest Rugby Players - Cherry Pillman 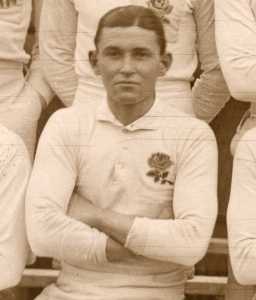 As a boy Cherry Pillman is purported to have been present when the 1905 touring All-Blacks took on England at Crystal Palace. If true it would seem that whilst everyone else was becoming irate at the borderline infringement play of New Zealand captain Dave Gallaher, Pillman was taking notes. 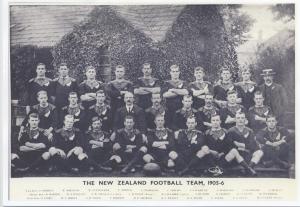 A few years later he would become one of a select few English rugby players to have effectively reinvented his role in the team. He not only adopted Gallaher's spoiler tactics but added several more tricks to his arsenal. His speed allowed him to be the first away from the scrum whereupon his athleticism allowed him to fix upon the opposition ball carrier and mercilessly exploit any errors. So successful was he in this role that he quickly became a regular instigator of his sides attacking play. He forced his way into the England team after having demolished an England-elect side in a final 'Probables v Possibles' trial match in the run up to Twickenham's inaugural international fixture in 1910. Once in the side he proved his worth, cementing his place and helping England to a first Championship success since 1892. A golden period followed. Pillman scored tries in 1911 and 1912 before being one of the stand-out performers in the 1913 Championship. Tries against Wales, France and Ireland helped earn a first English Grand Slam. 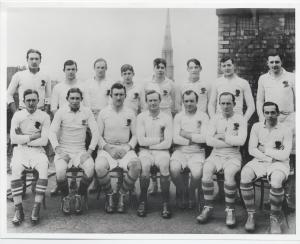 1914 would be the final season before the outbreak of War but Pillman was at the very peak of his powers. He landed a match-winning try to give England a narrow victory against Wales and scored another to help defeat Ireland. The following game would be Pillman's last and ended with him being carried from the field with a broken leg. His brother Robert replaced him for the final game of the season, in which England secured a second consecutive Grand Slam by beating France. During the First World War Pillman served with the 4th Royal Irish Dragoon Guards and added a Military Cross to his 18 international caps. His brother Robert sadly perished at the Somme. After the war he would return to Twickenham as captain of the 'Mother Country' during the King's Cup of 1919.