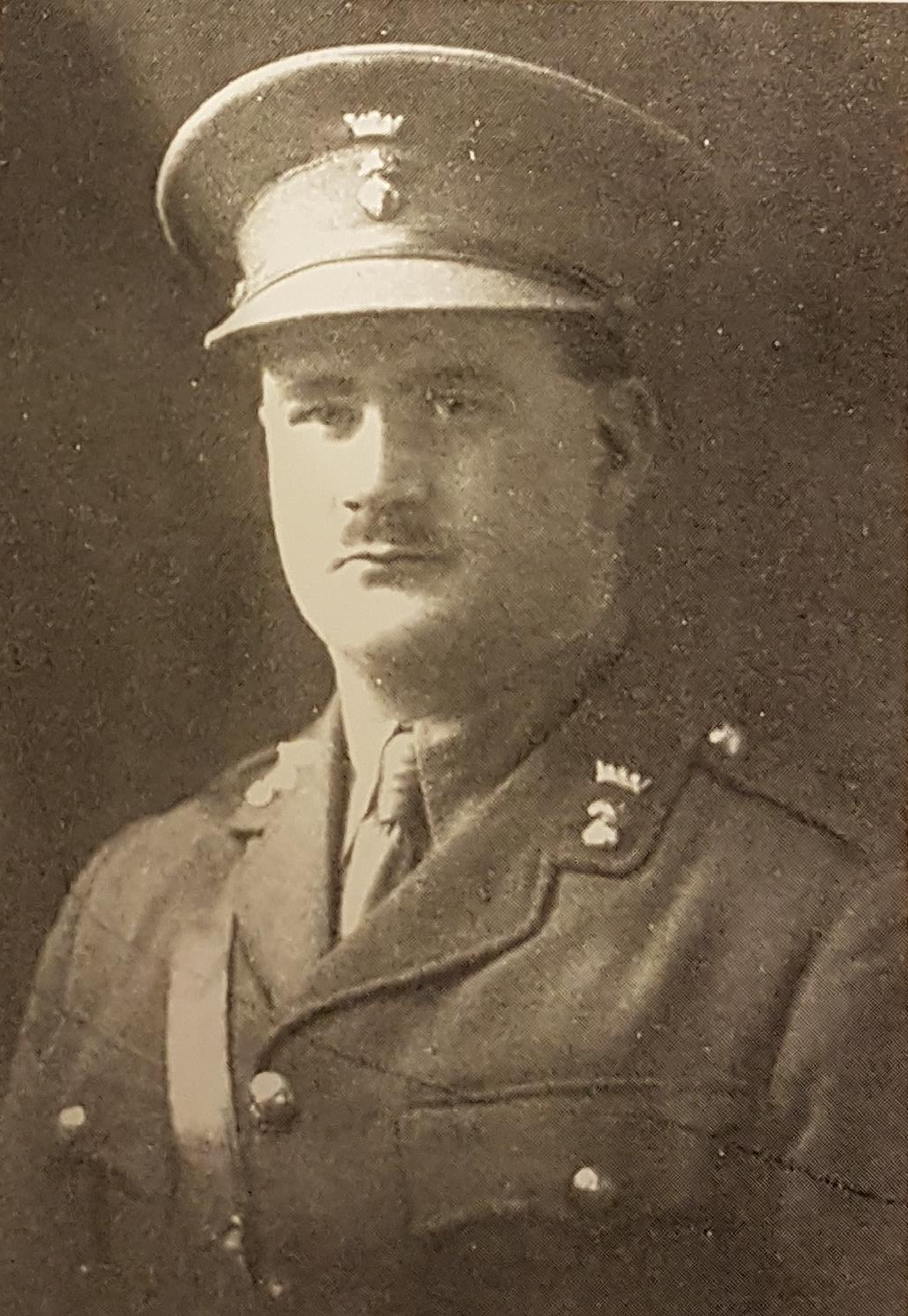 The last of the five Irish rugby internationals who lost their lives in action during 1917 was William Victor Edwards. He was born at Strandtown, Belfast on 16th October 1887. Educated at a number of schools, including the prominent rugby schools Coleraine Academical Institution and Campbell College, he went on to study at Queen's University Belfast before completing his accountancy exams. A love of rugby ran in his family.His elder brother Reginald Weston (Reg) Edwards was born in 1882 and had played for Malone and Ulster. He won one cap for Ireland in a famous 14-12 victory against Wales in March 1904 in which the Irish played with seven forwards for most of the second half. Reg toured with the British team to Australia and New Zealand in the summer of 1904 and played two tests against Australia and the only test against New Zealand, but he was never picked for Ireland again. At the beginning of his career, William Edwards played alongside his brother for Malone in the Ulster Challenge and Senior League Cup sides and he went on to captain Malone in the 1911-12 season. A compact but extremely powerful forward who was five feet eight inches tall and weighed fourteen and a half stone, he played for his province Ulster from 1906. His strong and consistent performances at provincial level led to him being selected to win his first cap at the Parc des Princes in Paris against France on New Year's Day 1912. At half-time the Irish led by 11-6 and they held on to win in a tight second half in which there was no further scoring. Although the Irish selectors made a number of changes to their team before the match against England at Twickenham on 12th February, Edwards kept his place. But this was not a happy day for the Irish rugby side. After a close first half during which England scored a single try, the strong English threequarter line with the Harlequins centres Ronnie Poulton and John Birkett in imperious form scored four more unconverted tries to finish the match as winners by 15 points to nil. Although Edwards was described in the Dublin Daily Express as one of the "more prominent" forwards in a losing pack, unsurprisingly the Irish selectors made further changes to the team to play Scotland later that month and Edwards' brief international career was over. He continued to play for Malone and Ulster until the end of the 1913-14 season and was one of the Ulster forwards in their heavy 0-19 defeat against a very strong Springbok touring side on 4th December 1912 at Balmoral. But he was not just a formidable rugby player. Edwards was an Irish water polo international and an outstanding swimmer who was the Irish 220-yard swimming champion in 1912. He also became the first man to swim the six miles across Belfast Lough from Whitehead to Clifton Jetty in August 1913.

The political situation in Ireland was very tense in the years leading up to the First World War. William Edwards was opposed to Home Rule so he signed the Ulster Covenant in 1912 and became a member of the Ulster Volunteer Force. On the outbreak of war, he joined the Royal Irish Fusiliers and was gazetted 2nd Lieutenant on 22nd September 1914. He was promoted to Lieutenant in December 1914 and Captain in April 1915. He served in France and Flanders and saw much action before being badly wounded in the head at the battle of Ginchy in September 1916. After a period of recuperation in Ireland, he transferred to the Royal Dublin Fusiliers and served in Salonica and Palestine. He took part in the Third Battle of Gaza between 1st and 7th November 1917 and the capture of Jerusalem on 9th December. He assumed command of 'D' Company, 7th Battalion, Royal Dublin Fusiliers on 26th December 1917 but had little time to enjoy his promotion. He was killed in action three days later near Deir Ibzia, Palestine on 29th December 1917. He was initially buried 700 yards from the south-east corner of the village of Deir Ibzia but was reburied east of the village of Deis Ibsis, close to Mount Horeb at the Jerusalem War Cemetery in 1918.