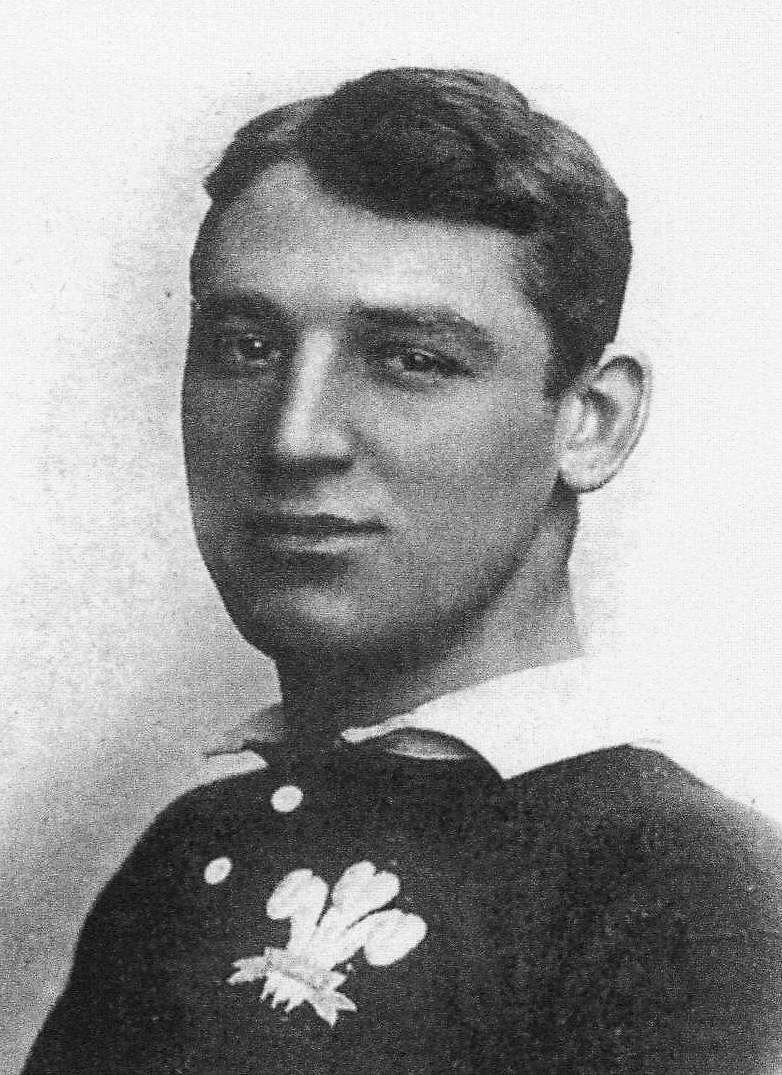 The practice of observing two minutes silence on Armistice Day and Remembrance Sunday was initiated following a suggestion made to the King by Sir Percy Fitzpatrick after the tragic death on the Western Front of his son, Major Percy Fitzpatrick and of his friend and former Welsh rugby international, Lieutenant Philip Dudley Waller. On 14 December 1917, the two officers were travelling by car on the Cambrai to Bapaume road to a nearby railhead, when they were both killed by shellfire. Indirectly, therefore, this tragic event has had a profound influence upon national acts of remembrance up to the present day. Although Phil Waller played rugby for Wales, he was English by birth, having been born in Bath in 1889. However, his family moved to Llanelli when he was young and so it was at the Intermediate School there that he first came to prominence at rugby. He did not play for the town club though, because at seventeen he moved to Newport to take up an engineering apprenticeship at the docks. There, he joined Newport's Third XV as a forward in 1906-7, but the precocious youngster made his First XV debut before the end of that season. He was still only eighteen. For the next three years, he remained a regular member of the Newport pack. Though not a particularly strong scrummager, he made up for this with his fine line-out work and his mobility and all-round play in the loose. He was described by one contemporary as "a very dashing forward … with a great capacity for covering work". With his reputation at Newport growing, in November 1908, he was selected for Somerset against the touring Australians. Though defeated 8-0, the county put up a good fight. Their forwards were prominent in the loose and Phil was amongst the best of them. The referee, Tom Schofield, was a WRU official and so was well placed to recommend that Phil should be included in the Wales team to meet the Australians at Cardiff two weeks later. It was a decision Schofield didn't regret. Despite being only nineteen, Phil was one of the successes of the match, a tight battle which Wales won by 9 points to 6. While the home pack struggled in the scrums, they had a clear advantage in open play. Phil was a "glutton for work" according to one reporter, and the Australian manager singled him out for special praise. Not surprisingly, he kept his place for the rest of the season, and a very successful season it was for Wales. An 8-0 victory over England at Cardiff was followed by a much harder match at Edinburgh, which Wales won 5-3. France were beaten 47-5, still Wales' greatest margin of victory in the fixture. Then, in defeating Ireland 18-5 at Swansea, Wales became the first country to win a successive Triple Crown/Grand Slam. Although throughout the championship the Welsh forwards did not dominate in the set scrummage, they more than compensated for this with their vigorous loose play in which Phil was conspicuous. In the Triple Crown decider against Ireland, his contribution in two of Wales' three tries proved crucial to the victory. He was retained for the opening game of 1910-11, when Wales thrashed France 49-14 at Swansea. However, even though Phil had now played six times for Wales and had never been on the losing side, this turned out to be his last Welsh cap, as he was replaced by the Cardiff docker, Joe Pugsley, who was a stronger scrummager. This wasn't the end of Phil's international career, though. In the summer of 1910, he was one of a record seven Newport players who were selected for the "Lions" tour to South Africa. Over half the team were uncapped, so the party was not a particularly strong one, especially behind the scrum. It was a bruising tour and several men had to be drafted in to replace the injured. However, Phil seems to have revelled in the conditions and he completed the tour with a quite exceptional record. Demonstrating his fitness, endurance and resilience, he played in all but one of the twenty-four fixtures, including the three Test matches. In the first, Britain were just edged out 14-10 but the tourists levelled the series by winning the second by 8 points to 3, a victory in which Phil was prominent. Unfortunately, in the deciding Test, Britain were reduced to fourteen men after ten minutes, when the Newport fullback Stanley Williams was carried off injured. The Springboks went on to win 21-5. Giving up any possibility of further Welsh caps, Phil decided to stay on in South Africa after the tour, after being offered an engineering job in Johannesburg. So for the next three seasons he played for the local Wanderers club. This came to an end, however, with the coming of war.

Phil enlisted as a gunner in the 71st (South African) Siege Battery which was raised in Transvaal. He saw action on the Somme in 1916 and in the major battles of the following year. In May 1917, he was commissioned in the field and was later promoted to lieutenant but he did not survive very long after this. A little over a week after the Battle of Cambrai, Lieutenant Waller was going home on leave and he and Major Fitzpatrick had only just left their battery at Beaumetz-lès-Cambrai when the shell struck. He and Fitzpatrick are buried alongside each other just outside Bapaume in the intimate and beautiful Red Cross Corner Cemetery at Beugny. 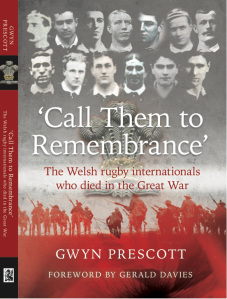