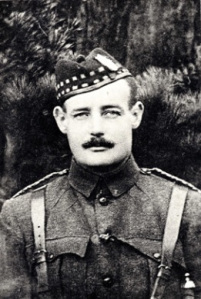 Percy Dale Kendall, known as 'Toggie", was born in Prescot, Lancashire. His father and mother, Francis and Margaret, had four children, of whom Percy was the third. Francis was a solicitor.

After early education at Ellaray School in New Brighton, Percy followed his older brother Francis to Tonbridge and then up to Cambridge at Trinity Hall. He then joined his father's firm of Banks, Kendall and Taylor in Liverpool as a solicitor. He was in the 1st XV at school and might have hoped for a blue, but it never came. Instead he gave sterling service to Birkenhead Park, being captain in 6 seasons and treasurer for 10, and to his county of Cheshire, captaining them against the 1905 New Zealand All Blacks. His three England caps came one in each of 1901, '02 and '03. In the last of these, versus Scotland at Richmond, Kendall was made captain, but it proved to be a disappointing honour as England completed a Wooden Spoon season, losing all three matches. 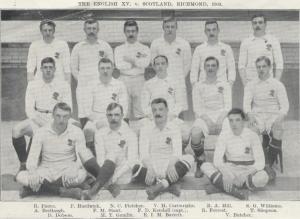 As early as 1900 he had joined 8th (Volunteer) Battalion, The King's Liverpool Regiment, known as the Liverpool Scottish, and upon the outbreak of war he not only presented himself for immediate duty but, together with James Baxter (also an England international), he was responsible for offering Birkenhead Park's ground and pavilion to the authorities within 12 hours. He was posted to the 1/10th Battalion, commissioned in October 1914 and was in France by the beginning of November to take up a position about five miles south of Ypres at Kemmel. A combination of a harsh winter and dogged trench warfare meant that the Scottish strength dwindled from nearly 900 to under 400 fit men by the end of January 1915. Percy Kendall fell in action at Kemmel on 25 January 1915. He is buried in Kemmel Churchyard, Heuvelland, West-Vlaanderen, Belgium. Along with two other England internationals, John Abbott King and Lancelot Slocock, he is remembered in the Liverpool Scottish Regiment's Roll of Honour, as well as on memorials at the Birkenhead Park and Blackheath clubs, at Tonbridge School and at St Andrew's church, Bebington. He left his wife Kathrine Minnie Bingham Kendall, whom he had married in 1910, and their two children, Janet and Timothy.