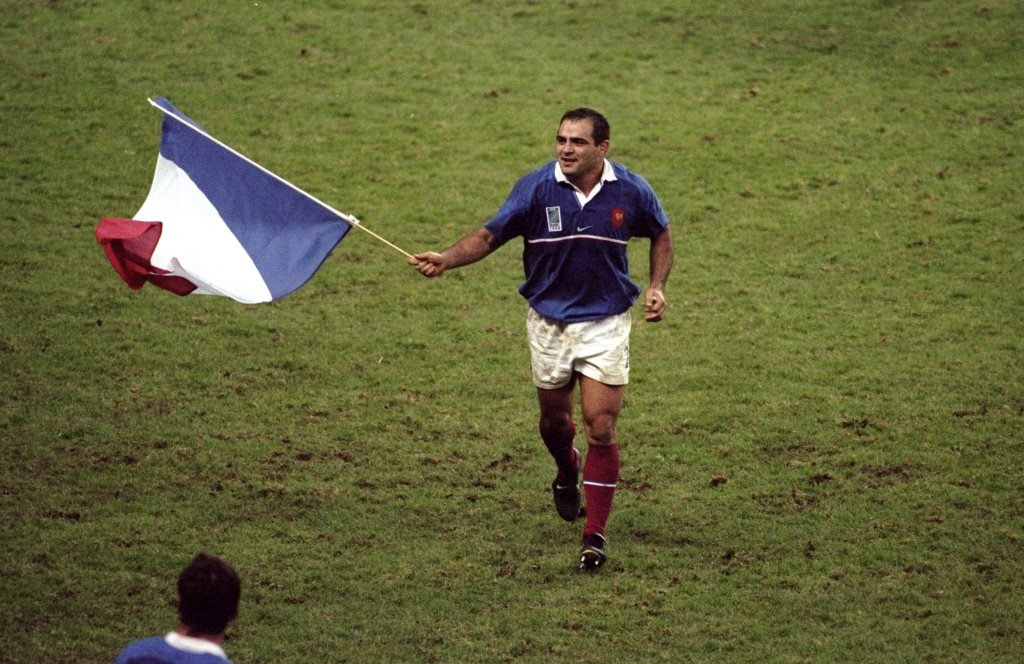 The following interview was conducted in advance of Raphael Ibanez's induction onto the Twickenham Wall of Fame. Raphael Ibanez, the former French captain, should be known as the king of hookers, since he retired as the most capped hooker in the world with 98 appearances for his country. But, for someone who has plied his rugby trade in one of the hardest and darkest places on a rugby field - the front row - there is a surprisingly emotional side to Ibanez. His reaction to being inducted on to the World Rugby Museum's Wall of Fame at Twickenham left him bowled over. "When I was told that I had been inducted on to the Wall of Fame at Twickenham I was very emotional, because it means a lot to me,". And he blows aside the hundreds of years of rivalry that have existed between France and England when he adds: "And for a Frenchman to be considered good enough for such an honour by his English peers is quite something. "After all, it is your opponents who get the best out of you, that is why when I retired from all rugby in February, in addition to thanking all my team-mates, I also remembered to thank all my opponents. That is why I think it such a good idea to open up the Wall of Fame to overseas players at what is the home of rugby." There is an element of the super-stardom that inevitably settles over the shoulders of today's leading sportsmen, whatever their speciality and that is reflected in Ibanez's next words, however far-fetched a comparison it may appear to be: "For me being inducted on to the Wall of Fame, it is the equivalent of Hollywood's Walk of Fame." Somehow the Chertsey Road does not have quite the cachet of Sunset Boulevard or Hollywood Boulevard, where film stars and musicians are celebrated on the pavements, but the Wall of Fame is no less an honour. The fact that the Wall of Fame is at Twickenham makes his membership of what will be a celebration and recognition of an elite 100 of the world's greatest players all the sweeter for Ibanez. "When I think of Twickenham there is one game that I recall," says Ibanez. "It was the Rugby World Cup semi-final against New Zealand in 1999." It is probably the one match every England supporter recalls with fondness and a few goosebumps as well. It was a match which saw the mighty All Blacks brought down to earth with a crash. And there was no luck about it, the final score had a big enough margin to suggest that France had won the game convincingly, not that the sporting and sensitive Ibanez, who was captain of France that day, remembers it that way. "That kind of game is very difficult to explain," he says. "You can't say easily why or how it happened. But it still has a special place in my heart. Of course the game was amazing. "I think it was probably the first time, and it will probably be the last time as well, that the English supporters were behind the French team. It is for sure the last time it will ever happen. This is one of the reasons why the match was so special. "We were aware of the special atmosphere when we were out there on the pitch. What happened was, the first half we were trying to deal with the immense pressure from the All Blacks. They had started the game as favourites. In the second half initially it became a survival mission, then came this amazing comeback. The fans by then were well behind us." But Twickenham was not always such a great stadium for Ibanez. In all he played there for France on seven occasions, and apart from the historic victory over New Zealand he tasted victory on one other occasion there. His last appearance in a France jersey on the ground in 2007, but that was not in the Six Nations. "I had to wait until one of my last caps before France beat England at Twickenham," he says with an air of resignation. It was the last warm-up game before the start of the 2003 Rugby World Cup. "I suppose, after five attempts to beat England at Twickenham and finally doing so at the sixth try, at least you could say I am the kind of guy who does not give up. I returned to Twickenham so many times with my country, yet only managed to beat England once in six visits." But Ibanez has had a great deal more luck at Twickenham with his club Wasps. "The stadium was, and still is, for me something special. I have appeared with Wasps in three finals at Twickenham. "My first taste of a club final at Twickenham was against Llanelli in the Anglo-Welsh Cup, that was in 2006, my first year with Wasps. We won that match 26-10. The following year we played Leicester in the Heineken Cup final, again we won 25-9 [Ibanez scored a try]. The year after that, again we played Leicester, this time in the Premiership final, a match we won 26-16." Oddly it was when he was playing for Wasps that he found himself being affected by the atmosphere of the place. "Twickenham can be a daunting place to play, but it can also give you the edge you need to perform well. "I had my first experience of shivers down my spine or goosebumps when we came out onto the Twickenham pitch for the Heineken Cup final in 2007. I think that was the biggest occasion for a club game. When we came out of the tunnel I know that my parents, who were in the stands, were moved to tears. It was amazing and fantastic." 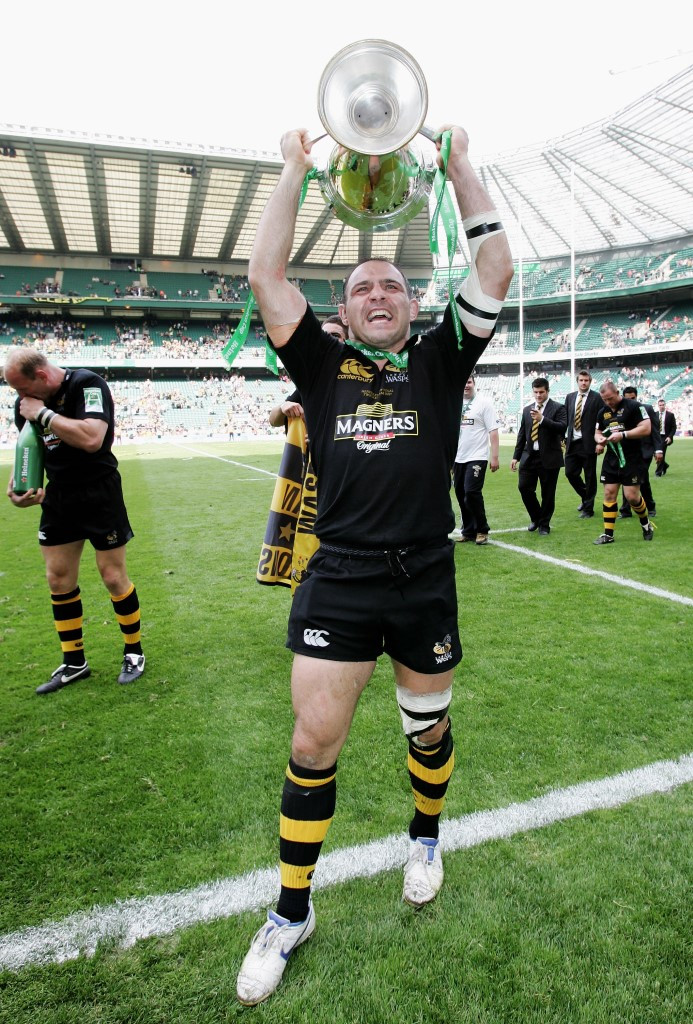 The effect of the stadium on players prompts Ibanez to say: "Twickenham is a place where you want your best players on the field and you want the best performance from them. This is where the big games are played and this is where it is a test for you and for everyone. I have a special relationship with Twickenham. "It is an intimidating place especially when you play England, and for French players this is regarded as the ultimate test of character. "During all the games I have played at Twickenham and most of the time whatever else you bring into the game, your skills, your stamina, your speed, your strength, what you need to bring to the games at Twickenham is your heart. You have to be ready to front up when you are there." Ibanez comes from Dax, in the South West of France, heartland of rugby - and another sport which demands oodles of courage and an ability to front up when the going gets tough. Like it or loathe it, bull-fighting is a part of the culture down there. Ibanez acknowledges this. "There is a bullfighting arena in Dax. It is a big arena, but when I started playing rugby, I was very pleased to find one that was bigger than that, and that one was Twickenham. "Twickenham is like the bullfighting arena in Nimes, which was built by the Romans, and the arena in Dax, when you go to these places you can almost smell the history. These arenas are for gladiators and rugby players are like gladiators." But as the steam vaporises Ibanez is also able to reflect on more gentle uses of Twickenham. "I have always been fascinated by the West car park at Twickenham, all those fans opening the boots of their cars and having drinks and food before the game. In fact the first time I went to Twickenham I couldn't believe what I was seeing, and I was ready to jump off the team coach and have a quick glass of wine with them. It would have been good for Anglo-French relations. "Something else that I like about Twickenham was when we played our arch rivals Leicester - and of course it is easy for me to talk about these two games because we won them - before the matches I was really surprised and impressed that you could see families, where the father for example, would be wearing a Wasps replica jersey, while the mother would have on a Leicester Tigers jersey." As for the legendary baths, Ibanez is not quite so fond of them. "The baths are impressive, but it is not good putting herself into a bath full of ice cubes. There are no hot baths in the modern game. But when you win games it is a lot easier to step into one of these baths that is filled with ice, than when you lose." There is one memory of the ground that Ibanez, who was captain his country on five of the seven visits to Twickenham and in all led France on 41 occasions, cherishes. "I have one other memory of Twickenham. Originally plaques were put on the walls of the tunnel recording England victories, although I think they have been removed now. "After that victorious game against New Zealand in 1999 one of our players, I won't say who, got a felt tip pen and wrote on the wall the score between France and New Zealand that day. And as captain I was pleased to allow this to be done after such a big game." Sadly Ibanez says: "I think it has subsequently been painted over." That is not something that is going to happen to the record of Raphael Ibanez, whose exploits not only at Twickenham, but in the game as a whole, are indelibly imprinted in the history of the game. The World Rugby Museum's Wall of Fame is making sure of that. And perhaps the authorities at the ground may feel inclined to put up a plaque to celebrate that great France win of a decade ago. It would be a huge gesture towards Anglo-French relations, as well as probably bringing a smile to the faces of all French players, past, present and future.