Continuing our series of biographies by David Smith, covering some of the British & Irish Lions who served with the RAF. Louis Leisler Greig was born on 17th November 1880 in Glasgow and after school studied medicine at Glasgow University. After a few years practicing as a junior doctor in the Gorbals, he joined the navy in 1906 and won the gold medal during his training at RNH Haslar. In 1909, Greig entered officer training at the Royal Naval College, Osborne, where he met Prince Albert, later George VI and became a mentor for the prince; the two served together in HMS Cumberland, where he was posted as a surgeon. 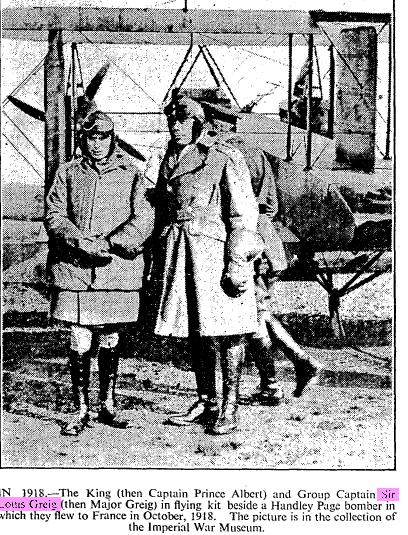 He was transferred to the Royal Marines in 1914 and was captured at the fall of Antwerp, spending eight months as a Prisoner of War, before being released in a prisoner exchange. Greig joined the company of HMS Malaya in June 1917, rejoining Prince Albert, and helped cure the prince of the severe peptic ulcers from which he suffered. During the next seven years, he was extensively in attendance on the Prince, receiving an appointment as an equerry to the Prince in 1918. Prince Albert and his Equerry both joined the Royal Air Force in 1919 (Greig rising to the rank of Wing Commander), and the two were partners at Wimbledon in the Gentleman's Doubles in 1926.

He rejoined the RAF in 1939, serving as a liaison with the Air Ministry and reached the rank of Group Captain. He was operated on for cancer in 1952, but succumbed in early 1953 and is buried in Ham, Surrey. 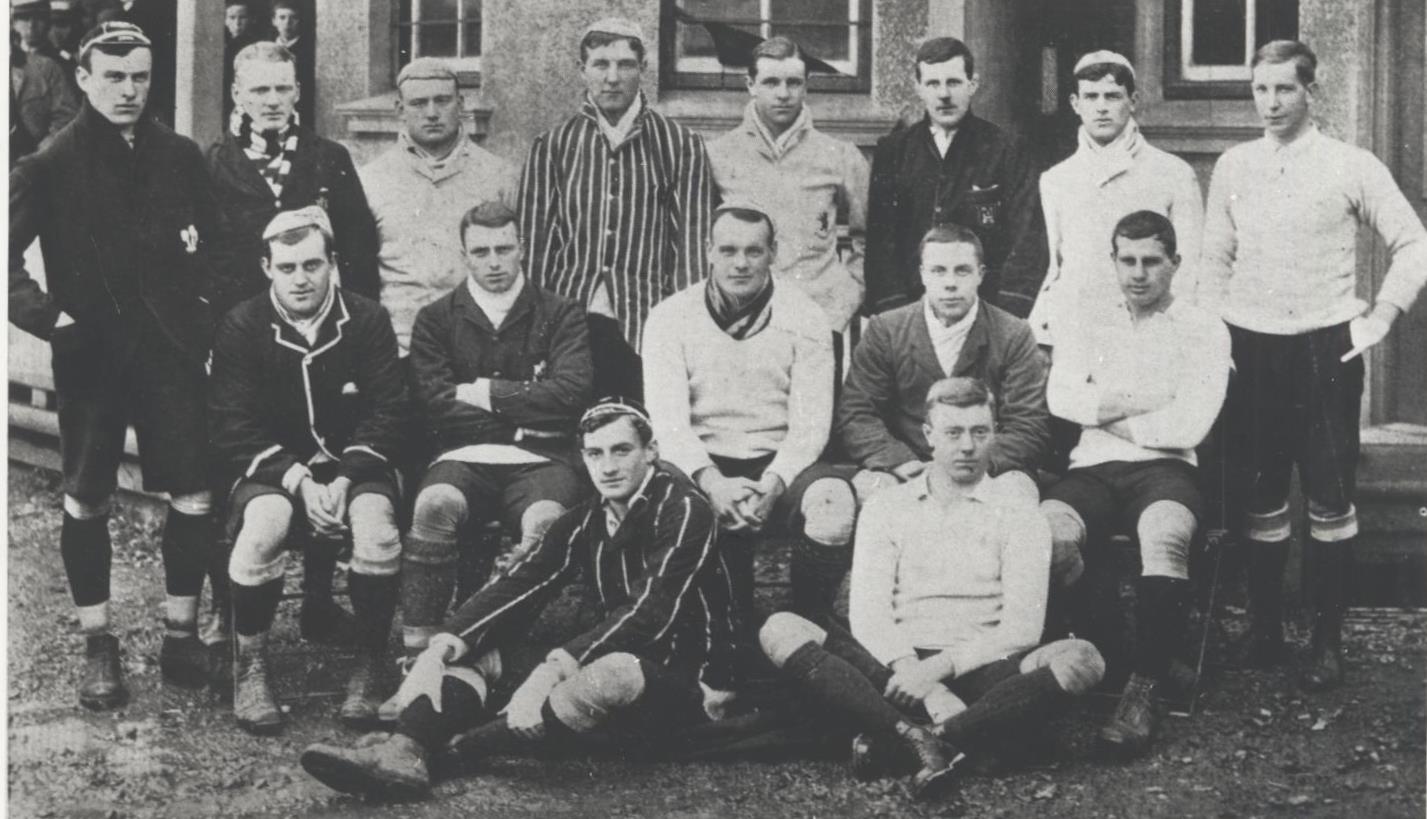 British Isles team, 1903. Louis Greig is 2nd from right in the middle row.

His rugby career started while he was at University and he was selected for the 1903 British Isles tour to South Africa and played in all 3 tests as the 103rd British Lion. He won 5 caps for Scotland between 1906 & 1908 as a half-back. In 1910 he was the fly half for the Officers of the Royal Navy when they defeated The Officers of the Army 16-10. When he retired he was Group Captain Sir Louis Leisler Greig, KBE, CVO. Other entries in the series: Flying Lions: Rory Underwood, Flying Lions: Bleddyn Williams, Flying Lions: Ken Jones, Flying Lions: Peter Larter, Flying Lions: Elfed Jones