The following is an extract from Phil McGowan's book 'One of Us: England's Greatest Rugby Players' 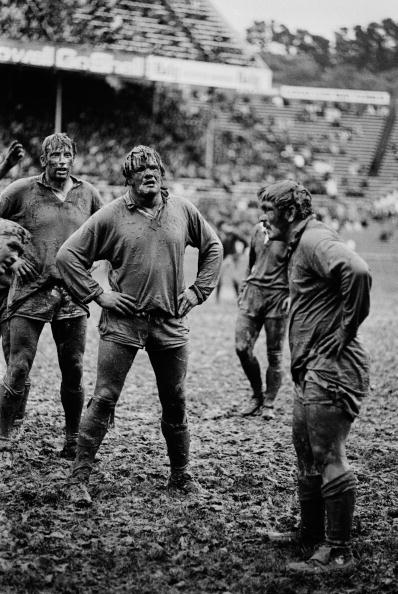 Fran Cotton made his debut for England in 1971, scrumming down alongside John Pullin. Tenacious flanker Tony Neary made his debut the same season and Roger Uttley and Bill Beaumont would join them as the decade progressed. Foot soldiers such as these meant that England would never be an easy touch but throughout the 1970s they were never quite able to threaten the stranglehold that the dominant Welsh and French held over the 5-Nations Championship. By the end of the decade these seasoned veterans were tired of being on the outside looking in and Beaumont, whose heroic commitment on the field had seen him instated as captain in 1978, hit upon the solution. Graham Mourie's touring New Zealand side arrived in Otley unbeaten in November 1979. There a side selected to represent the Northern Division, and captained by Beaumont ran them ragged. After inflicting a 21-9 defeat on the All-Blacks Beaumont went on record with a prediction that England would not only win the 1980 Championship but that they would claim England's first Triple Crown since 1960. Unsurprisingly the Northern Division would supply much of the ammunition. Wing John Carleton found himself promoted to the England side at once. Cotton returned to the side, after an extended absence, to scrum down alongside Peter Wheeler and Phil Blakeway in a formidable front-row trio that has perhaps never been bettered. Uttley too was reselected to play alongside John Scott and the evergreen Neary in an unyielding back-row. Finally Steve Smith and Dusty Hare were given extended runs in the side for the first time since making their debuts in 1973 and 1974 respectively. The class of 1980 was therefore a new-look side that was conversely stuffed full of experience. 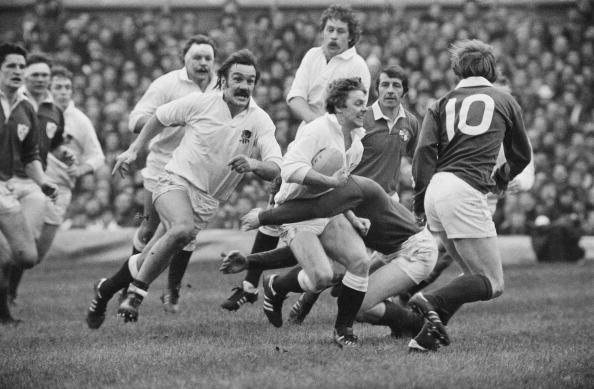 The campaign opened at Twickenham against a strong Irish side. Constant pressure from the English pack and dominance at the set piece gave England a lead at the interval. In the second half Tony Bond suffered a broken leg and was replaced by a livewire centre called Clive Woodward. By the end of the match England had scored three unanswered tries and Hare's boot had contributed 12 points to give England an emphatic 24-9 victory. For their next match England travelled to Paris where they hadn't won since 1964. Once more the English forwards turned to screw in an effort to negate the skilful French backs. Despite conceding an early try the plan worked and England steadily built up a 10 point lead. In the closing stages of the match wave after wave of French attack was repelled and England held on for a 17-13 victory. England were grateful that their next game, against Wales, would be at Twickenham. Both sides were unbeaten and so the game was billed as a decider though few, even amongst the English fans, really believed that they could win. The Welsh had just completed the most successful decade in their history and were champions, having won four out of the last five Championships. 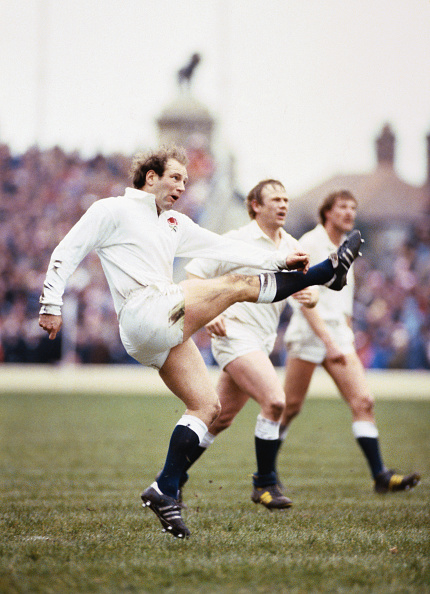 The tension in the stands was equally manifest on the pitch and things began to bubble over when Welshman Paul Ringer was sent off in the fifteenth minute. England however remained disciplined and Hare kicked his side into a three point lead. Incensed, the Welsh replied with a try that gave them a slender half-time lead. With the scores so close the tension increased but another Hare penalty deep into the second-half saw the lead swap hands for a third time. Then, with just three minutes remaining Wales landed a second try that most thought would settle things in their favour. Beaumont's side however were not done. Deep into injury time the referee blew up for a penalty to England. With the atmosphere now so tense you could cut it with a knife Hare showed masterly self-control to step up and calmly kick his third penalty. 9-8. England had won. All that now stood between England and the realisation of their captain's prophecy was Scotland at Murrayfield. What followed was England's most complete performance for many years. Once more the English scrum dominated, setting up possession for the backs which the brilliant Woodward ruthlessly exploited. His quick ball cut the Scottish defence open, allowing Mike Slemen to open the scoring. By the end of the match Carleton had a hat-trick of tries and England a 30-18 victory. At long last a generation of English rugby players had found the right combination of players to win and, as their captain had said that they would, they did so in style.

About the Author - This article is an extract from the book One of Us: England's Greatest Rugby Players available here. Phil McGowan has been a member of the World Rugby Museum team since 2007.