The Five Nations match between England and Ireland in March 1988 was a historic occasion for two reasons. First, it was the 100th encounter between the two countries. Second, after being 3-0 down at half time, England came out in the second half almost a changed side and won the game 35-3 thanks to a hat-trick of tries by Chris Oti (England's first hat-trick at Twickenham for 64 years). 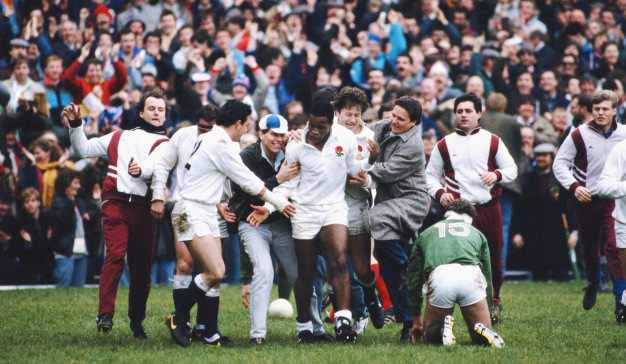 Stunned by the turnaround from a team who hadn't scored a single try in four consecutive test-matches, the watching faithful broke into song. It was the first recorded occasion that England fans sang the now familiar "Swing Low, Sweet Chariot". But what caused the sudden change in play? And what happened to captain Nigel Melville? Born in Leeds and raised in Otley, Nigel was one of only four players to have captained England on his debut. Praised for his quick hands and unrivalled passing ability, he was a model scrum-half, captaining England seven times in his career. Leading England out in 1984 against Australia on his debut at the age of just 23, Melville looked to be starting a long and exciting future with the national team. An extended run in the side came the following year before serious injury checked his progress in Paris at the end of the 1986 Five Nations campaign. England had some strength in depth at scrum-half and could call upon Richard Hill and Richard Harding in his absence, which made his return in 1988 all the more impressive. Chris Tau, journalist for Rugby World and Post, wrote that 'Nigel Melville (had) staged one of the most remarkable comebacks in rugby when he not only re-captured his place in the England team, but regained the captaincy'. Sadly, during his 13th and final international cap, in what was regarded "the most extraordinary match that any of us at Twickenham had ever seen", injury would once again best him. 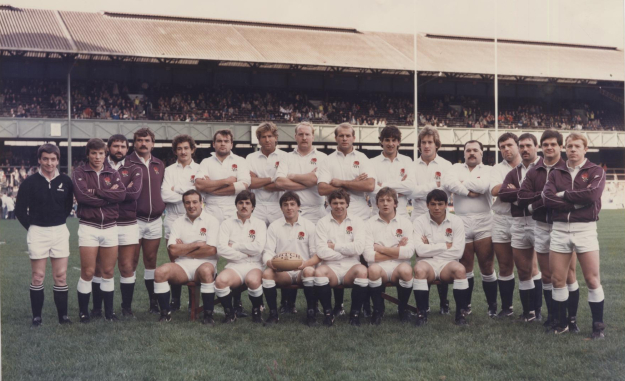 Shortly before the end of the first half, Nigel was tackled and fell into some advertising hoardings, breaking his right leg and dislocating an ankle. Recalling the event years later, Nigel remembers being in something of a daze when looking at his foot, which was the wrong way round, and thinking "they'll put that right for the second half." That was not to be. He was carried off the field and handed over to the St John's Ambulance Brigade who bundled him into an ambulance and took him to the casualty ward at the West Middlesex Hospital. Still wearing his England shirt, he sat patiently on a hospital trolley and awaited the arrival of the orthopaedic surgeon. He was to wait longer than one might expect and was able to observe the match, playing on the television in the waiting room. As England turned in the tries he was left to ponder life's vagaries, now scarcely able to believe that not much earlier he himself had been playing in the same game. Eventually a hospital administrator, who realised he was not a local resident, approached him with a handful of forms for him to complete before he could be treated. At another point, a nurse asked if he would be happy to donate his England shirt for a forthcoming hospital charity event. Nigel might have obliged had he anything else to wear! Eventually, an orthopaedic surgeon did arrive and apologised for his lateness. He was late because, like Nigel, he had been at the game. He apologised for the delay and offered the explanation that it had been a brilliant second half! England had won the game but sadly Nigel's international career was at an end. On leaving the field, Melville had passed the captaincy on to teammate John Orwin. To their credit, Orwin and his team mates had turned Nigel's injury in to a rallying call. Post-match, Orwin said that "It's bound to affect you when you see someone crying out in pain. I told the players that what he went through would be for nothing if we didn't win it." This game marked England's final match of the Five Nations tournament and their victory ensured that they escaped the bottom of the table, finishing in third place behind joint winners France and Wales. But the end of Melville's international playing career did not end his involvement with the game. Since then, he has been Director of Rugby at London Wasps and Gloucester Rugby, CEO for USA Rugby, Professional Rugby Director and Interim CEO for the Rugby Football Union. 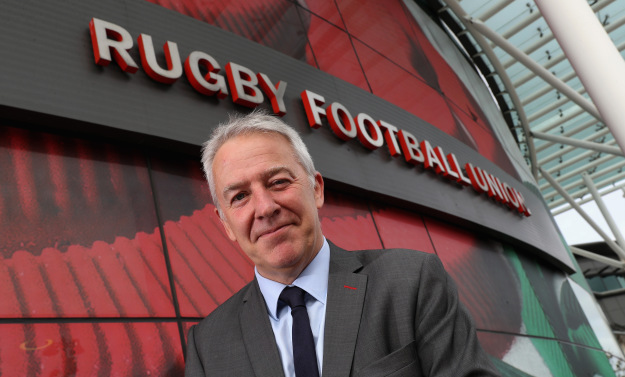