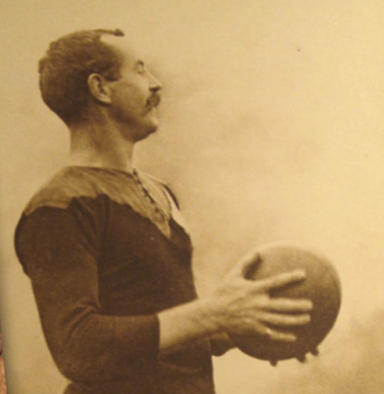 David Gallagher was born in Ramelton, County Donegal in 1873. At the age of four his family emigrated to New Zealand. On arrival David's father is thought to have altered the family name to 'Gallaher' to reflect its pronunciation. David's mother died when he was still in his teens and with an elderly father, he and his siblings found work to support the family.

In his spare time he played rugby. In Katikati at first, then later in Auckland, at the Parnell Club and Ponsonby District RFC. A physical, hard-tackling player he was comfortable in the forwards. He was selected as Hooker for Auckland in 1897.

After serving with the New Zealand Contingent in the Boer War, Gallaher was selected to represent New Zealand in 1903 on their tour of Australia. He played in the second to last match of the tour, New Zealand's first ever international test-match, which New Zealand won by 22-3.

In his book 'The Complete Rugby Footballer' (1906), Gallaher makes reference to the spoiling Wing Forward being a feature of rugby in New Zealand since at least 1876. It was not, however, a recognised position in the northern hemisphere.

In 1905, at the age of 32 (though he had claimed to be 29 since his time as a soldier), Gallaher was appointed captain of the first New Zealand side to tour the British Isles. Arriving in the autumn Gallaher's side very quickly demonstrated their usefulness as a side by inflicting heavy victories on the English county and university sides. 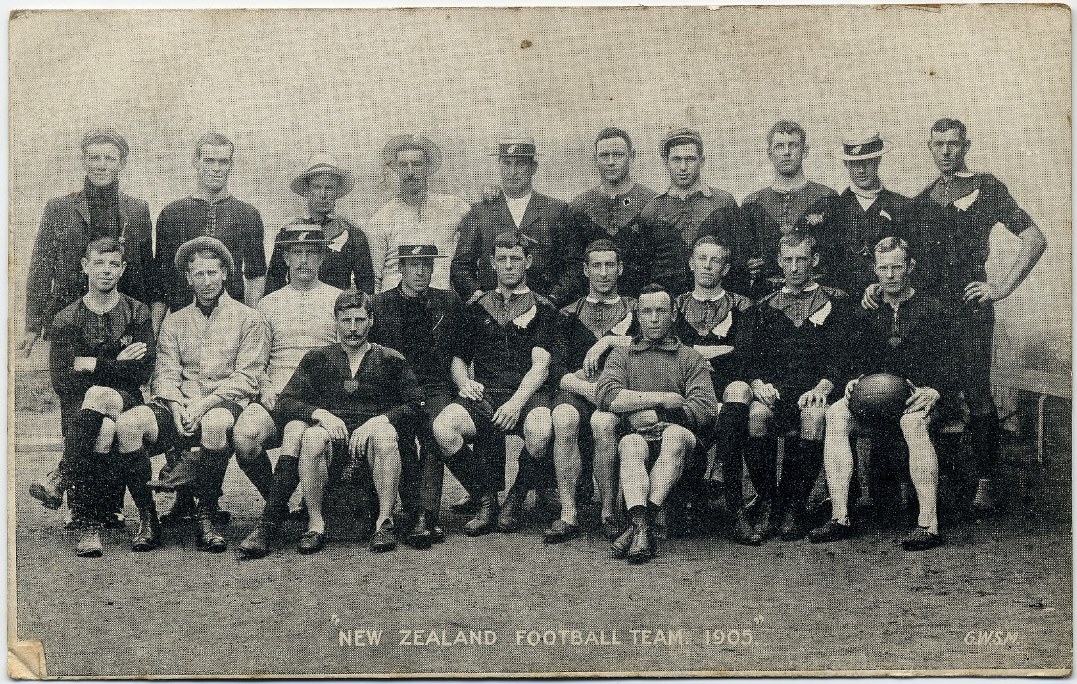 Gallaher himself however came in from some criticism from the home press and officials. With New Zealand operating a seven man scrum Gallaher, as Wing Forward, served as Half Back when in his side were in possession. When the other team were in charge of the scrum he would bind on to the side of his own and attack the opposition Half Back immediately when the ball returned to open play.

This Kiwi innovation, unfamiliar as it was to British sides, proved devastatingly effective and, after some consideration, was confirmed to be within the rules of game. Though some continued to object, the role of the Openside Forward very quickly developed in the wake of Gallaher's All-Blacks.

Winning all but one of the matches on the tour, Gallaher's side created a legacy that continues to this day. The words 'All-Blacks', as reported by British newspapers during the New Zealander's stay, has instilled fear, admiration and respect ever since. Gallaher and his team returned to Auckland as heroes.

Though he would hang up his boots as a player he remained in the sport as an administrator and All-Black selector. The following year he married and the couple had a daughter in 1908.

When war was declared in 1914 Gallaher was 40 and thus not required to enlist. He nonetheless did enlist in May 1916 at the age of 42, shortly after learning that his younger brother Douglas had been killed at the Battle of Fromelles. He reached the western front as a Sergeant with the New Zealand Division in 1917, ahead of the Third Ypres Offensive, better known as the Battle of Passchendaele. On the 4th October he was hit by shrapnel whilst leading the assault on Gravenstafel Spur. He passed away after being taken to the 3rd Australian Casualty Clearing Station and was buried at Nine Elms Cemetery in Belgium.