This week we celebrate the 55th anniversary of Lloyd McDermott's international debut for the Wallabies, where he became one of the earliest Indigenous Australian to represent his country at international rugby. Since then, he has worked tirelessly for equality and greater representation of Aboriginal and Torres Straight Islanders through his legal work and an Indigenous rugby programme. 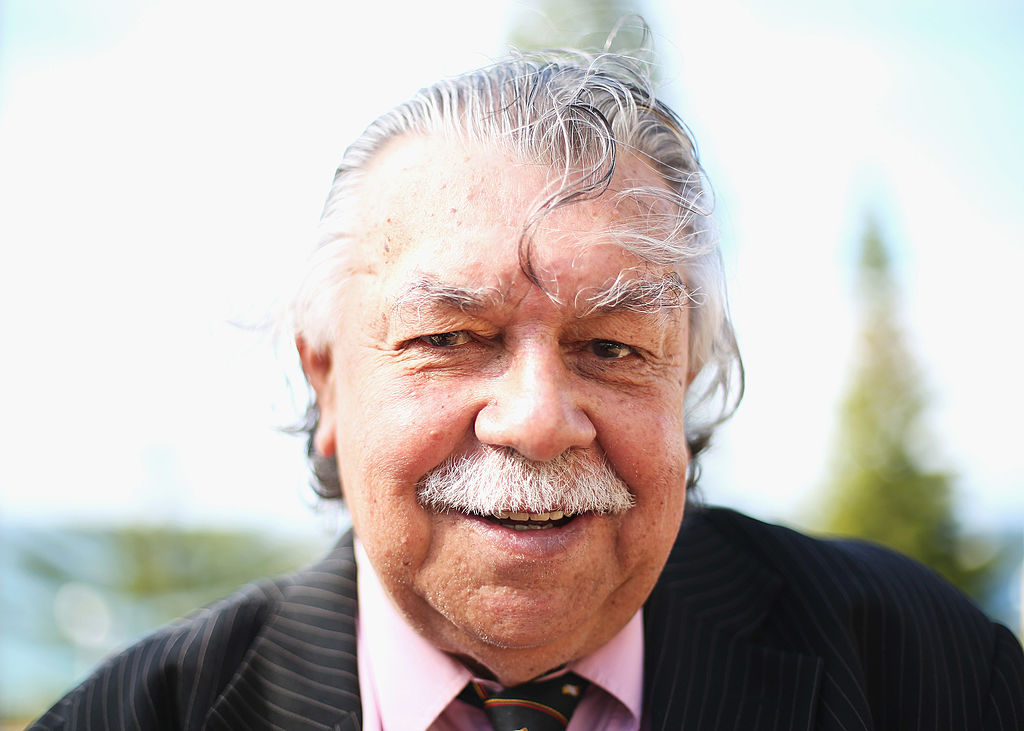 Lloyd Clive McDermott was born on 11th November 1939 in Eidsvold, a remote town in North Queensland. He demonstrated great sporting prowess from a young age, gaining him a scholarship to Brisbane's Church of England Grammar School, affectionately dubbed 'Churchie'. At school, he excelled at athletics, winning the open 100 yards and 220 yards sprints in 1957, making him the fastest schoolboy runner in the Great Public Schools Sports Association of Queensland. His speed and strength made him an ideal fit for rugby, being selected in the Churchie's First XV from 1955-1957. Upon completion of high school, McDermott was offered a place at the University of Queensland to study law. His academic prowess matched his skill on the pitch, with McDermott's athletic ability catching the eye of the university rugby club, who soon recruited him as a wing. Proving himself a impressive member of the squad, the Queensland state team would also recruit McDermott against the touring Fiji team in 1961. After just three games for Queensland, Lloyd McDermott was selected to represent Australia internationally, becoming one of the first Aboriginal Australians to play for the Wallabies. The wing would play two games against New Zealand - the first at the Exhibition Ground in Brisbane on May 26th 1962 and the second at the Sydney Cricket Ground on June 4th that same year. Regardless of both games ending in All Black victory, the matches proved to be a positive step forward for Australian rugby and Indigenous Australians. These would be the only international rugby games that Lloyd McDermott would play. Proud of his Aboriginal heritage, McDermott would take a stand for cultural equality in 1962 by removing himself from upcoming Wallabies tour selection. This decision was based upon Australia's impending tour to Apartheid-governed South Africa in 1963. McDermott refused to tour South Africa as an 'honorary white' and thus continued to play rugby union at club level for the rest of the season instead. This signaled the end of his short but significant international rugby career. A temporary switch to rugby league saw McDermott join the Wynnum Manly club in the Brisbane Rugby League competition, but after just one season and a move to Canberra, Lloyd McDermott's playing career ended entirely. Lloyd McDermott has since blazed a trail for Indigenous Australians in numerous ways. In 1972, he became the first Indigenous Australian to become a barrister-at-law and was subsequently appointed the first assessor to support the Federal Court of Australia on Aboriginal land title claims. Over many decades, Lloyd McDermott has continued to have a profound impact in seeking equality and representation for Indigenous Australians within the wider community; and he has used his passion for rugby to assist this cause. By 1991, there had been just a handful of international caps awarded to Indigenous Australians. Just McDermott, Cecil Ramalli, the three Ella brothers, and Lloyd Walker were recipients of international caps. This spurred McDermott and group of passionate rugby-ites to push forward with an initiative to grow Aboriginal participation in rugby: The Lloyd McDermott Rugby Development Team. 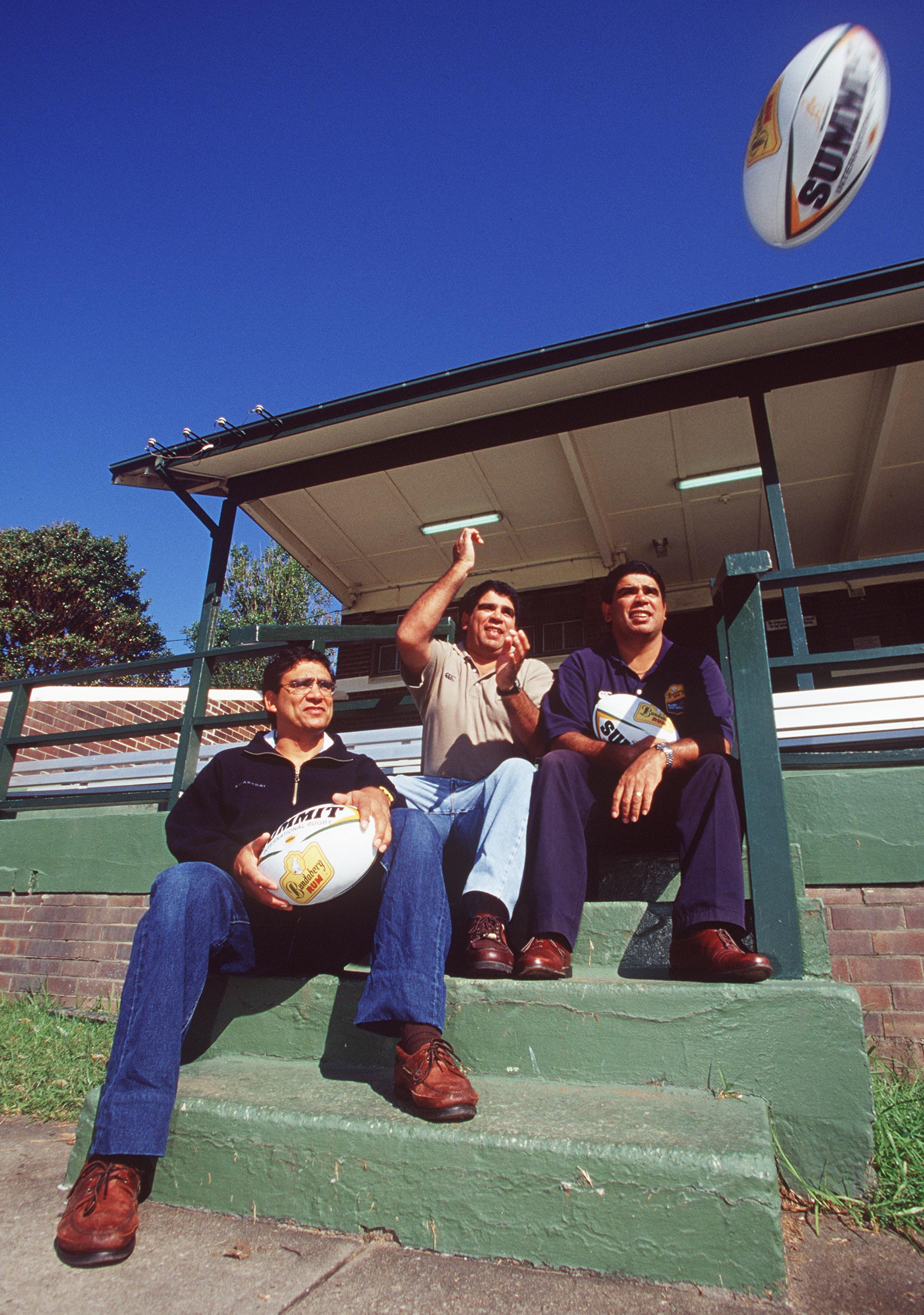 The next generation: The Ella brothers - Gary, Glen and Mark © Getty Images

Focusing on students in years 10, 11 and 12, the Lloyd McDermott Rugby Development Team began by running training camps on an annual basis. The Team aimed to combine sport and education, and chose Lloyd McDermott as their namesake for his ability to successfully mix athletics and academics throughout his life. Since its inception, the Team has assisted in creating many educational opportunities for its participants, by supporting young Indigenous people in undertaking educational scholarships and facilitating leadership courses. Evolving into a much larger phenomenon, the Team subsequently introduced youth sevens rugby programmes, national men's and women's teams, a development camp for schoolgirls in Alice Springs, men's international touring teams and a local club in Redfern for disadvantaged U8s and U12s - the Eora Warriors. The Ella's 7s programme is another great success of the Lloyd McDermott Rugby Development Team. Named after the famed Ella brothers - Gary, Glen and Mark - who represented the Wallabies in the 1980s, the tournament is the preeminent event for Indigenous Sevens Rugby, taking place in Coffs Harbour, Cairns and Brisbane annually.