Extracts from 'Lion of the RAF: the Extraordinary Life of George Beamish, War Hero and Rugby Star' by Paul McElhinney (Amberley Publishing)

1930 Lions Tour to Australia and New Zealand George Beamish was one of three Leicester players to be selected for the 1930 Lions tour. The other two were Doug Prentice as captain and a nineteen-year-old prop, Doug Kendrew. Like George, Kendrew had a distinguished record in the Second World War, in his case with the Army. He later became a distinguished High Court judge. From a New Zealand perspective, the tour was seen as business as usual. The Lions had never won in New Zealand and the Kiwis were determined not to let it happen this time. Their press pundits praised the quality of the Lions' backline but were rather dismissive (unfairly) of their forwards. The 1930 tour was the first time when the party were officially referred to as the Lions. The iconic four-quartered crest had first been adopted in 1924. Beamish made a huge impact on the 1930 tour, playing in twenty-one matches, also captaining the side on three occasions in Prentice's absence. George was building towards being a real leader of men through his rugby and his role in the RAF. The 1930 excursion is widely believed to be the first to properly represent a British and Irish team and the first to be properly called 'the Lions' after the name first crept into usage in South Africa, six years before. As a Lion, George was now a member of a select club. Whereas the tours of that era lacked the high octane of nowadays, more focus would have been placed then on the honour and representative aspects of a tour. When tours could last as long as six months, special qualities were required of touring players: endurance, tolerance and forbearance being chief among them. A Lions Tour also highlighted the links between the then British Empire and the sport of rugby. Not only did the sport cement individual sporting relations but those between nations. The fact that the team was known as the British and Irish Lions marked this inclusivity and even-handedness. Another Irishmen on the 1930 tour was Mick Dunne of the Dublin club, Lansdowne. Dunne acquitted himself well on the field of play but was to leave his mark on the tour for another reason: a celebrated romance with a New Zealand woman, Rau to whom he gave his Lions jersey and which was eventually returned to his family eighty-three years later in 2013. The Lions committee picked a provisional party in April 1929, giving those selected twelve months to arrange six months leave and to accumulate the £80 each player was required to bank with the Lions to cover their incidental expenses. All those making the trip also had to provide their own dinner jacket, which was to be worn nightly when dining on the voyage to New Zealand. As an RAF officer, George had to seek permission up the chain of command to join the tour. He was understandably put on half-pay for the period of the six-month tour. 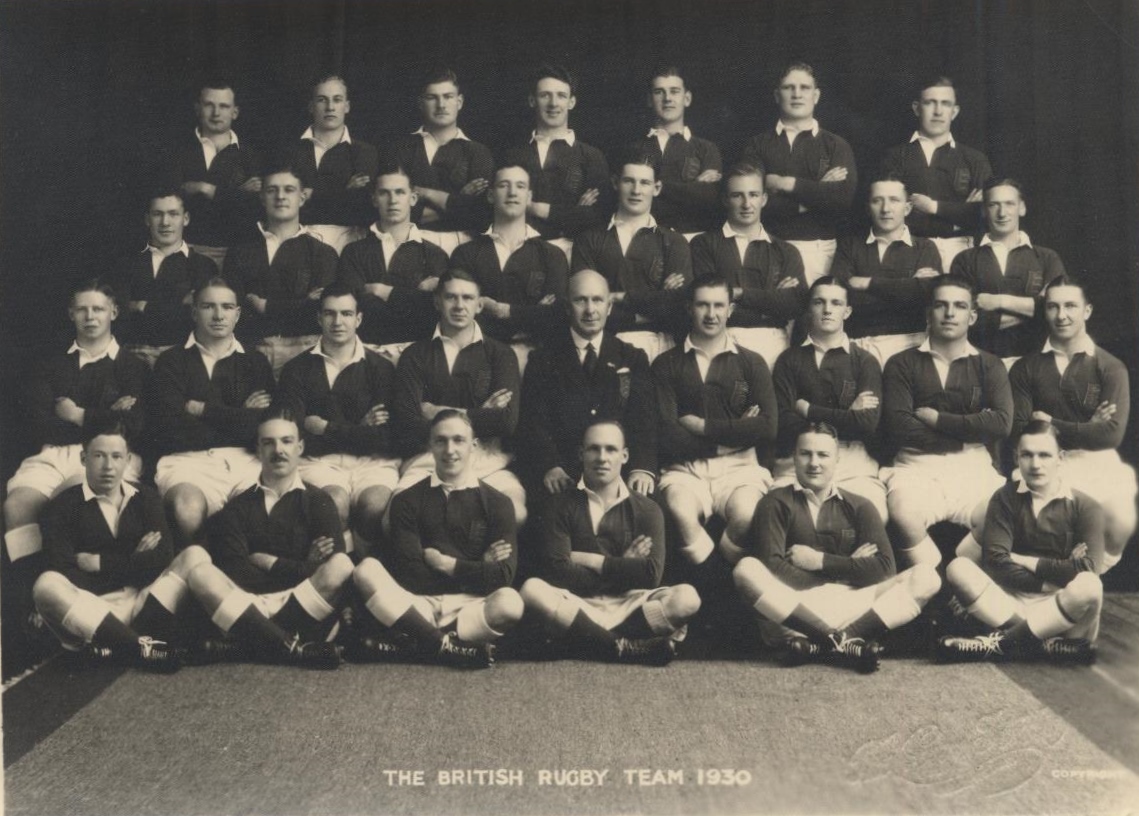 Perhaps, the most noteworthy aspect of the 1930 Tour for George was his role in reshaping the Lions' uniform. At that time, the strip had a jersey of Scottish blue, English white for the shorts and the red of Wales for the socks. However, there was no green of Ireland. George bravely approached the tour authorities about this anomaly and won their agreement for having a green flash at the top of the team socks. A green turnover on blue socks was instituted for the next tour in 1936. Although it was a small innovation, the inclusion of Irish green cemented the four-nation element of the Lions and reinforced the fact that the team was very much the British and Irish Lions. One could say that this was George Beamish's gesture towards rugby inclusiveness and equality. As anyone who has played sport knows, your kit is important as an expression of identity. A more intense controversy during the tour involved the team strip of the All Blacks. Their all-black colours clashed with the Lions' navy blue jersey. All Black aficionados were aghast at the thought of their national team not wearing the traditional black in a Test match. However, the established norm was to allow the visiting side to retain their strip in the event of a clash of colours. A solution had to be found. Eventually, the All Blacks agreed to wear white in the Tests and the matter was resolved, not without some Kiwi gnashing of teeth. With the Lions' jersey eventually changing to red in 1950, this avoided any future controversy in New Zealand. Over the years, the Springboks have occasionally worn white jerseys to avoid colour clashes but never with the same impact as the 1930 All Whites! It was important for the Lions to stamp their mark on the 1930 tour. They won fifteen and lost six matches and lost the Test series by 3-1. Their three further losses were to the great sides from Auckland, Canterbury and Wellington - provincial teams that continue to hold top positions in New Zealand rugby. The one Test match the Lions won, ironically, was at Dunedin's Carisbrook, notorious for its weather and so often the graveyard of Lions sides in previous and subsequent tours. It is the home ground of Otago and locals proudly refer to it as 'The House of Pain'. George managed to score two tries during the 1930 tour: one against Otago and one against Marlborough/Nelson. The 1930 Tour also included a visit to Australia where the Lions lost two of their six matches, against Australia and New South Wales respectively. This leg of the tour did not attract the same attention, as Australian sides then stood very much in the shadow of their Kiwi neighbours. Unlike today, the exigencies of long-distance travel in the 1930s required the Lions party to take in Australia and New Zealand in the same year.

About the Author - Paul McElhinney is a writer and third-level lecturer living in Wexford in Ireland. He was educated at St. Gerard's School, Bray, Glenstal Abbey School and Trinity College, Dublin. His career extended from being an official in the Department of the Taoiseach (Irish Prime Minister) to working as an energy business executive in London and the US and as a policy researcher in a Washington D.C. think tank.