Did you know that the Springboks used to perform a Zulu war dance, similar to the haka? The EMI Archive Trust recently got in touch with us to share this snippet recorded in 1906 when South Africa were on tour to the UK and France.

The following is an account of the 1906-07 tour... Following the resounding success and huge interest generated by the first All Blacks rugby tour to Great Britain and France in 1905-06, there was great anticipation in advance of the arrival of the first rugby tour party from South Africa on "The Gascon" which docked at Southampton on September 19th 1906. Now colloquially known as the Springboks, South Africa had already hosted three tours of combined teams from Britain in 1891, 1896 and 1903, the latter tour having been arranged following the conclusion of the Boer War in which players had fought on both sides. The Springboks record had steadily improved over the 15 years and they had won the final test of the three-match series against the British side in 1903 after two closely fought drawn tests. While the Springbok side that toured the UK in 1906 with the forward Paul Roos as captain was regarded as not as naturally talented and skilful as the 1905 All Blacks, nevertheless a tough and heavy pack supported by hard-running and elusive three-quarters ensured that the rugby played and the interest generated by the tour was similar to that of the All Blacks a year earlier. By the time the Springboks reached Scotland in the third week of November, they had won all their 15 matches, often by substantial margins, but on November 17th in front of a crowd of 30,000 at Hampden Park, Glasgow, they met their first defeat at the hands of Scotland. Paul Roos had injured his shoulder in the match against Oxford University and was unable to play, but the Springboks still fielded a very strong side and were the favourites as Scotland had not played since their defeat by England at Inverleith in March. But heavy rain had fallen prior to the match and the muddy and uneven ground nullified the outstanding Springbok three-quarter line from Stellenbosch University and Western Province. In front of a passionate crowd Scotland won an unexpected victory 6-0. They scored both their tries in the first half including a superb solo effort by their young winger Kenneth Macleod, and their pack was dominant. South Africa unluckily ended the match with 14 men after their full back Arthur Marsberg was carried off during the second half with a head injury. A week later the Springboks played Ireland in Belfast in front of 15,000 spectators and narrowly won a tight encounter 15-12. Played in favourable conditions but with a strong breeze, South Africa led 12-3 at half-time and seemed on course for victory. However a tremendous rally by the Ireland side with a memorable length of the field try from their winger Basil Maclear brought the scores level at 12-12 midway through the second half. The Springboks kept attacking and their winger Anton Stegmann scored in the far left corner from a cross-kick by their star centre Japie Krige to win the match ten minutes from time. The tour moved on to Wales, the current epicentre of rugby in the northern hemisphere. On December 1st 1906 at St Helen's Swansea the Springboks met Wales, the side that had beaten the All Blacks a year earlier under the same captain, the centre Gwyn Nicholls. This was expected to be the Springboks' greatest challenge but the Welsh side was never in contention. After leading 6-0 at half-time, the Springboks scored a further converted try to secure the match comfortably and to universal surprise by 11 points to nil. 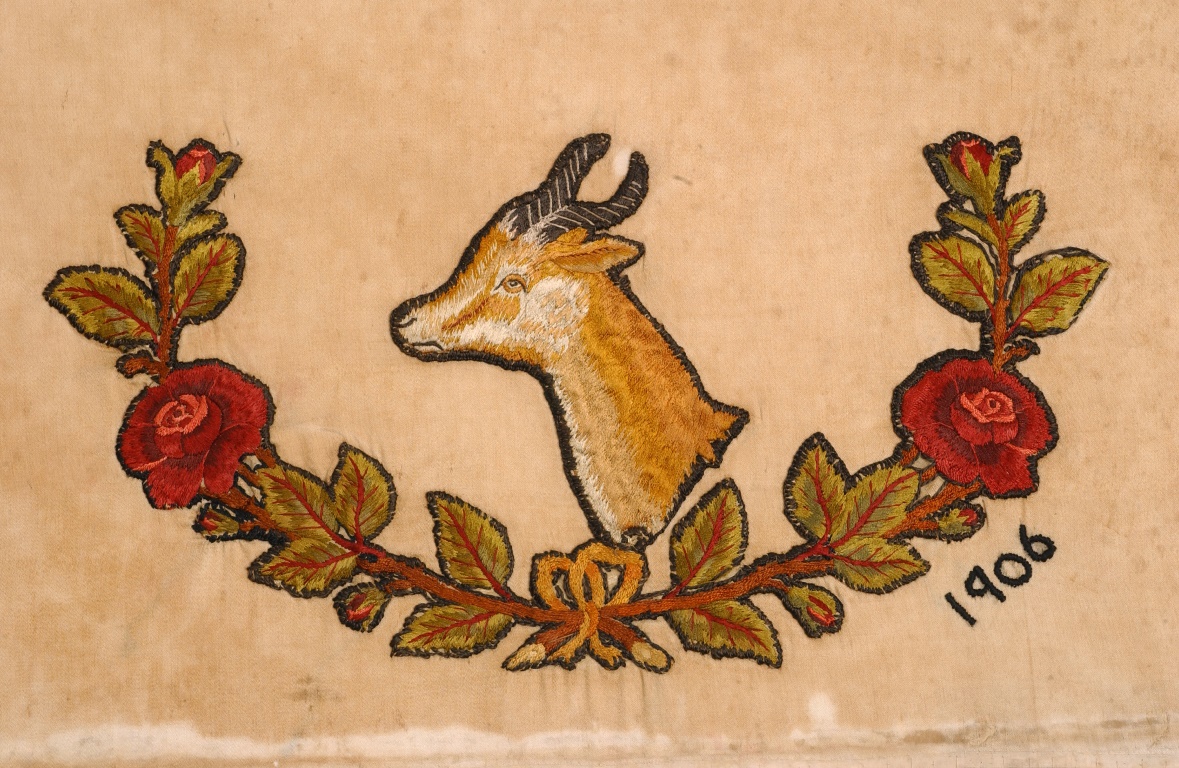 The final international fixture awaited South Africa a week later at Crystal Palace in London against England in front of 33,000 spectators. Rain fell heavily in the days before the match and the ground surface was intensely slippery. Neither side was able to secure a winning foothold and the Springboks ended up with only 14 men after their forward William Morkel was injured midway through the second half. The future Springbok captain Billy Millar in his first international scored the Springbok try after 30 minutes and England equalised with a try in the second half by their Rhodesian winger Freddie Brooks. There remained 8 tour matches to be played and the Springboks won six of them before suffering a very heavy 0-17 defeat at the hands of a Cardiff side packed with 13 Welsh internationals in front of a huge crowd at Cardiff Arms Park on January 1st 1907. Gwyn Nicholls captained Cardiff in the last major match of his great career and scored the first of Cardiff's four tries. The Springboks had thus been beaten for only the second time on the tour in 28 matches and there remained only a friendly match in Paris against a highly inexperienced French side won 55-6 before the Springbok tourists set sail for home from Southampton on "The Norman" on January 12th 1907. The tour had been a great success and the Springboks landed in Cape Town on February 2nd having left a highly favourable impression of the quality of their rugby on the British public.