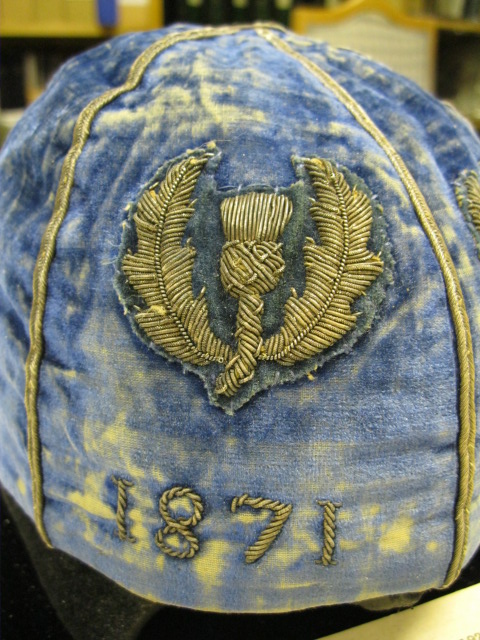 In 1870 football enthusiast and administrator Charles W Alcock arranged an international football match between Scotland and England in London. It ended in a tie so another game was arranged which England won. Scotland was incensed. Not by the result but by the nature of the contest. Their frustration was two-fold. Firstly the players representing Scotland were in fact drawn almost exclusively from the London area and didn't reflect the burgeoning football culture that was developing in the north. Secondly, and perhaps most pertinently, Alcock's men were playing the wrong football. A challenge was subsequently issued and signed by the captains of five leading Scottish football clubs, that a representative English side meet them to contest a football match. If accepted they would convene at Raeburn Place in Edinburgh where the contest would take place. Crucially the game would be played in accordance with the rules of Rugby School. In response representatives of the Richmond and Blackheath clubs wrote a letter to the Times newspaper inviting representatives to a meeting in which a 'code of practice' would be established to bring unity to the handling code. Representatives of 22 clubs assembled at the Pall Mall restaurant on the 26th January 1871 and the Rugby Football Union (RFU) was born. Having established the laws, one of the next points of business was to select a side capable of meeting the challenge of the Scots. 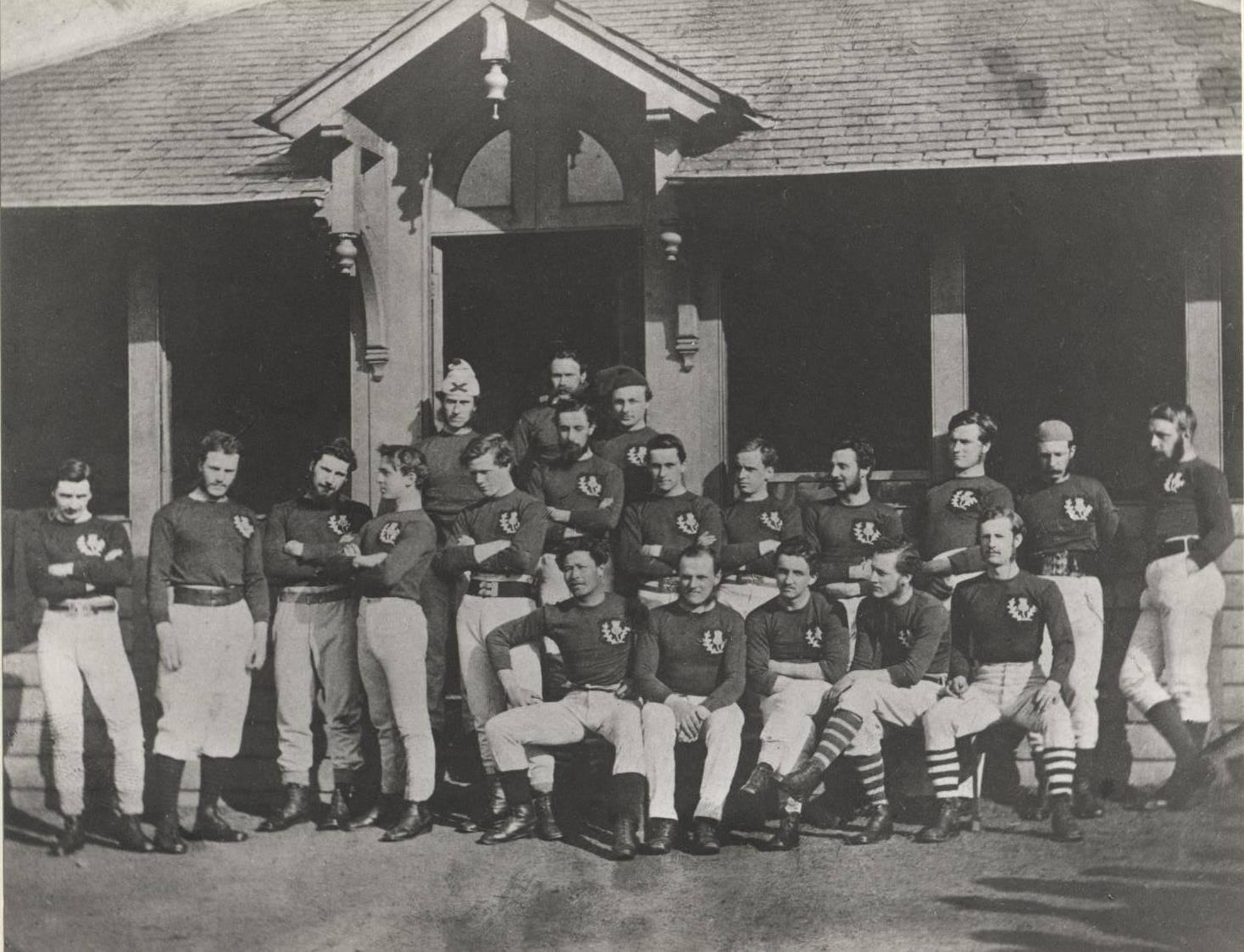 The world's first representative international football match subsequently took place at Raeburn Place in Scotland on the 27th March 1871. The contest would be noted for the vigour of the forwards and the gentlemanly conduct of all but few seriously expected the Scots to mount a credible challenge, after all the game had been invented at Rugby School and most of the school's alumni were eligible for the English side. Half of the first English Twenty to take part in the match were former pupils of the school, including captain Fred Stokes. For fifty minutes the Scottish forwards matched the visitors with neither side gaining an advantage in what became a steady war of attrition. In the latter stages however it was the Scots' superior fitness that allowed them to make inroads. Angus Buchanan became the game's first international try scorer before William Cross converted into a goal. Reg Birkett then became England's first try scorer, but Stokes couldn't convert. In the latter stages Cross settled matters with another try for Scotland. Eyebrows were raised at Scotland's unexpected achievement but nobody south of the border was overly concerned, after all it was the taking part and not the winning that counted. Read Rugby's Greatest Upsets