Scotland's fourth and final match in the 1925 International Championship on March 21st has gone down in rugby history as one of the greatest matches played between the two world wars in the first half of the 20th century. Scotland won their 1st Grand Slam that day by 14-11 in a desperately close encounter against their old enemies England. Scotland arrived at Murrayfield, their new international ground, on March 21st having beaten France in front of a crowd of 20,000 people at Inverleith, Wales in Swansea and Ireland at Lansdowne Road, Dublin. They had scored 63 points in their three matches including 15 tries and had only conceded 26 points including 4 tries. So Scotland was on the cusp of a historic first ever Grand Slam and 60,000 expectant spectators filled Murrayfield, noted by The Scotsman as the largest attendance ever at a rugby international. The match was a thrilling encounter from start to finish. The success of the 1925 Scotland side has historically been attributed to their backs. Serviced by the Glasgow Academicals half back pairing of Herbert Waddell and Jimmy Nelson, their renowned Oxford University three-quarter line of Ian Smith, George Aitken, GPS "Phil" MacPherson and Johnny Wallace had scored a total of 13 tries in their three matches. Ian Smith was an exceptionally fast winger - still the record Scottish try scorer with 24 tries - and he had scored 8 tries for Scotland already that season. Not that the Scottish pack was weak. Such forwards as Doug Davies from Hawick, Jock Bannerman from Glasgow High School FP and the Edinburgh pair James "Jumbo" Scott and Sandy Gillies in the back row, were renowned for their strength and drive. But a very strong England side awaited them at Murrayfield, and Scotland had not beaten England since 1912. England had been winners of the Grand Slam in 1921, 1923 and 1924 and its side contained some of the greatest players ever to pull on their country's jersey. Captained by the great second row forward Wavell Wakefield, the England pack contained such legendary players as Ronald Cove-Smith, captain of the 1924 British Lions in South Africa, Bill Luddington, an immensely strong front row forward form the Royal Navy, and two fearsome exponents of back row play, Freddie Blakiston and Tom Voyce. Their backs were less experienced but could still call on three players who had each won more than 10 caps - Alastair Smallwood of Leicester on the left wing, Len Corbett of Bristol in the centre and the veteran Eddie Myers of Bradford at fly half. 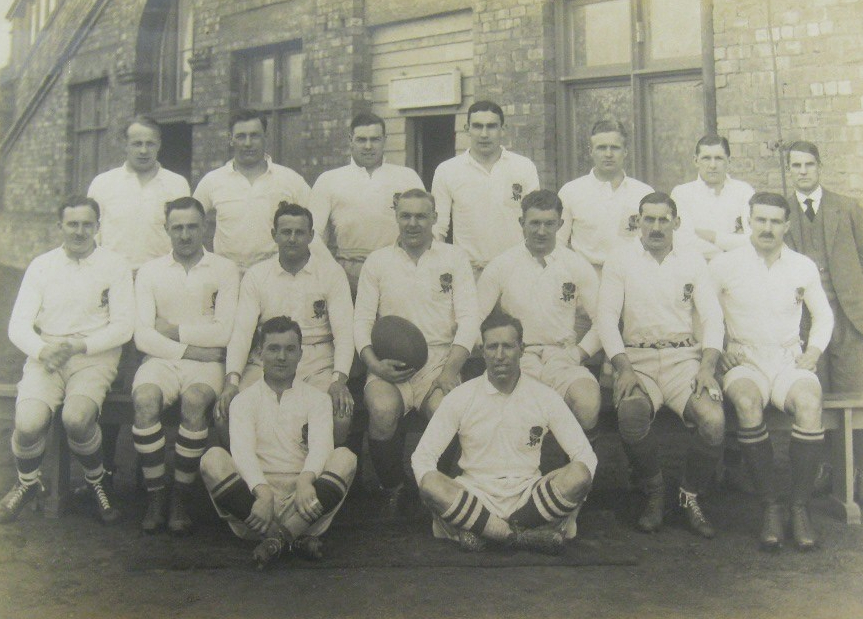 The weather was set fair for the day and both sides played with great heart and commitment. After an early English penalty goal by Luddington in the 8th minute, the scrum half Jimmy Nelson scored under the posts after 20 minutes for Dan Drysdale, the Scottish full back and another 1924 Lion, to convert with ease. A misfield of a bouncing ball by Ian Smith led to the first England try scored by their right wing Hamilton-Wickes after a long run by Tom Voyce. Luddington's successful conversion left the half-time score at 8-5 in England's favour. England pulled further away with a try by Wakefield five minutes after half-time. In a curious incident, Luddington's conversion attempt failed because he was rushed by the Scottish forwards who kicked the ball away from its mark before he could complete his kick. As the half went on, Scotland came more and more into the match. A well worked try by Johnny Wallace in the right hand corner in the 50th minute elicited a superb conversion kick by Gillies. The score was now 11-10 to England with twenty five minutes to go. The final quarter of the match was thrilling. Waddell missed with a drop goal attempt and George Aitken dribbled the ball towards the posts but the ball rebounded off one of them. Although his first attempt had failed, Waddell kicked a drop goal with just over five minutes to go to put Scotland in the lead by 14 points to 11. In those final minutes, England did everything but score a try. Smallwood fell to a last-ditch tackle by Drysdale, Myers was prevented from scoring by the sheer weight of numbers and, most extraordinary of all, in the final minute Corbett broke through the Scottish ranks but stumbled a yard short of the try line and was unable to touch the ball down. 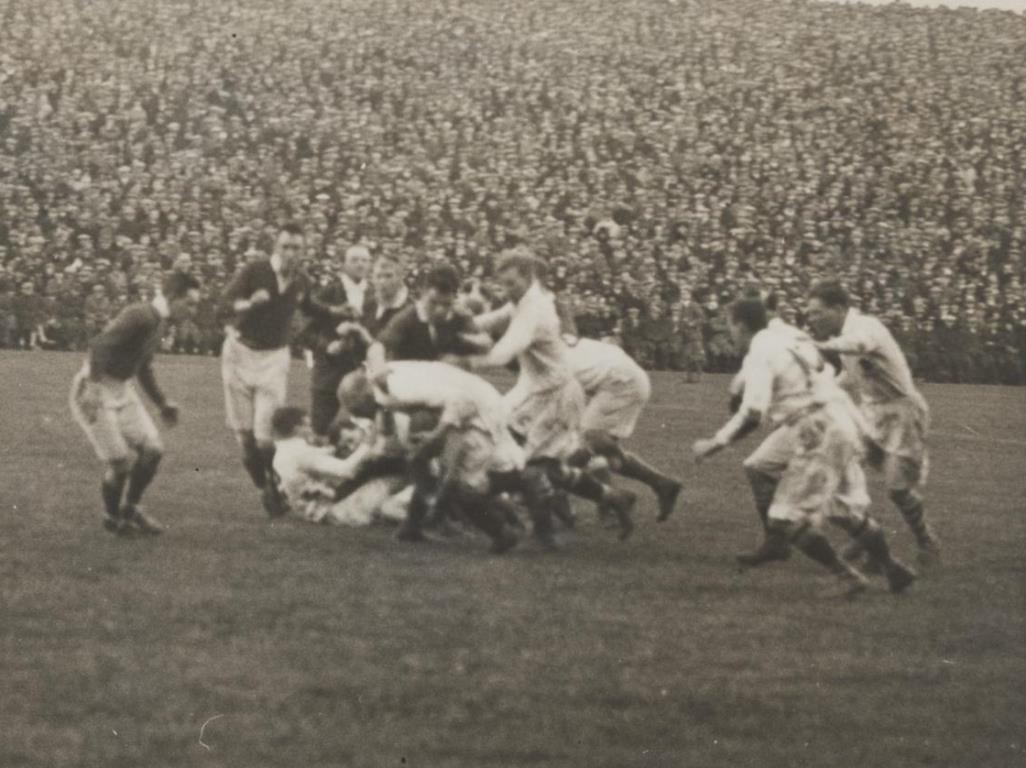 As the final whistle sounded, several players slumped to the ground exhausted, such had been the intensity of the exchanges over the 80 minutes. But it was a great day for Scottish rugby and it would be 59 years before the next Scottish Grand Slam would be secured. The last words on Scotland's triumph should rest with the Editorial published by The Scotsman on the Monday after the match:

"Scotland's great rugby victory over England on Saturday at the new ground at Murrayfield will live long in the memory of the rapidly-growing body of Rugby enthusiasts. Victory might have gone to either side, but it went in the end to the slightly more deserving team, and even Englishmen will scarcely grudge Scotland this belated success after years of vain contending."