The final match of the 1899 International Championship produced one of the great contests between these two historic protagonists. Ireland arrived in Cardiff having beaten England 6-0 at Lansdowne Road and Scotland 9-3 away at Inverleith and were focused on winning a second Triple Crown and a third Championship in six years. Wales had had a more mixed season. After a very convincing 26-3 victory over England on January 7th in which their young winger Willie Llewellyn had scored four tries in his first international, they were well beaten by a strong Scottish side in Edinburgh on March 4th in a match uniquely postponed four times due to frozen grounds. Their chief incentive on March 18th 1899 was to prevent Ireland from completing a clean sweep over their home nations rivals. 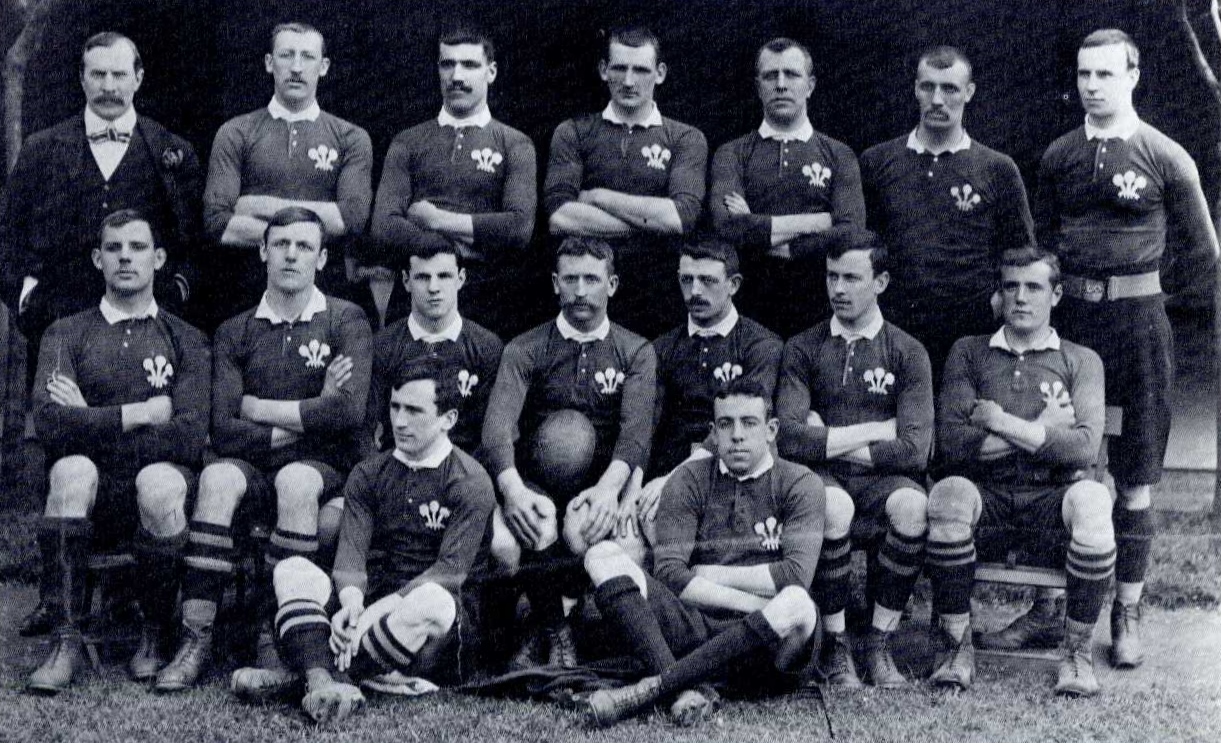 Both sides were strong and contained some of the leading players of the era. The Welsh full back and captain, Billy Bancroft, was winning his 27th consecutive cap and their centre three-quarter pair combined the burgeoning genius of Gwyn Nicholls winning his 8th cap with the more mercurial talents of Reg Skrimshire winning his 3rd and final Welsh cap but destined for great things on the 1903 British tour of South Africa where he played all 22 matches including the three tests. A strong Welsh pack of forwards contained the policeman Alfred Brice, the insurance agent George Boots and the collier Jehoida Hodges who were to win 57 caps between them. The Ireland team was captained by the great half back Louis Magee who was winning his 14th cap. One of the stars of the 1896 British tour to South Africa and the first played capped from London Irish, he went on to win 27 caps before his international career ended in 1904. The Irish selectors had ensured continuity and four of the forwards were playing in their third international of the season - the Ulsterman William Byron winning his 11th cap; the fierce tackling brothers Jack and Mick Ryan from Rockwell College and Munster; and James Sealy from Dublin University and Leinster, a veteran of the 1896 British tour to South Africa in which he played in all four tests. Between them these four players would win a total of 51 caps for Ireland. 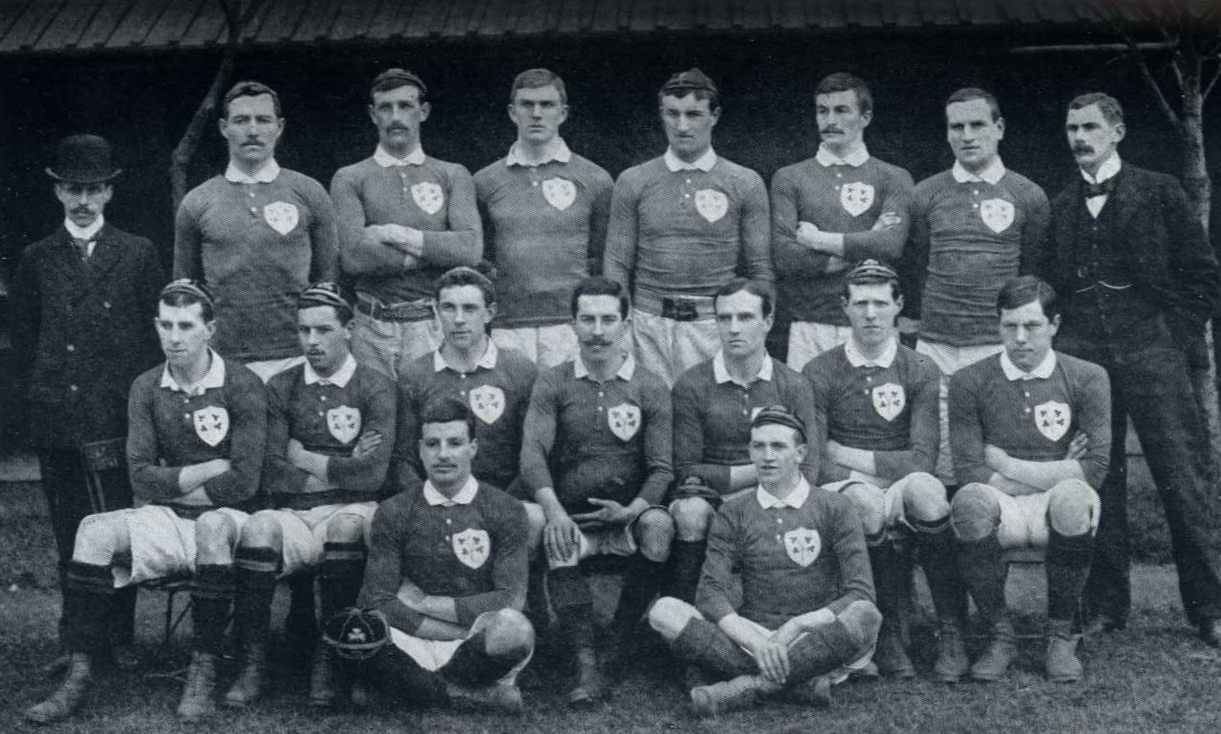 Their backline overall was less experienced. One disappointment for the Irish was that John Fulton, their leading full back who had played against England in January, had to withdraw after selection for the second time that season. He was replaced by Pierce O'Brien Butler from Monkstown and Leinster who won 6 caps but achieved the melancholy distinction in January 1902 of being one of two Irish rugby internationals to be killed in the Boer War. The city of Cardiff throbbed in anticipation on the morning of the match as a record crowd of up to 40,000 people converged on the city including many Irish supporters who had made the journey. The Dublin Freeman's Journal poetically described the weather as:

"not at all so nice this morning as it was on Friday, being dull, peevish, and strongly suggestive of snow."

Although the conditions remained dry throughout the match, the size of the crowd caused major problems for the match stewards. It was reported that every possible viewing point was taken and that there were spectators on the roof of the stand and up every tree or telegraph pole with a view of the pitch. The start of the match had to be postponed for more than 20 minutes so that the spectators who had encroached upon the pitch could be pushed back by the mounted police urgently summoned to assist the local police as reinforcements. The match had only been in play for 15 minutes and was scoreless when disaster struck for the Wales team. Their talisman full back Billy Bancroft was tackled fiercely by the Ryan brothers, thrown into touch and fractured his ribs. He left the field in considerable discomfort and failed to return for the only time in his long career. Alf Brice was taken out of the pack and he played full back for the rest of the match with some distinction. 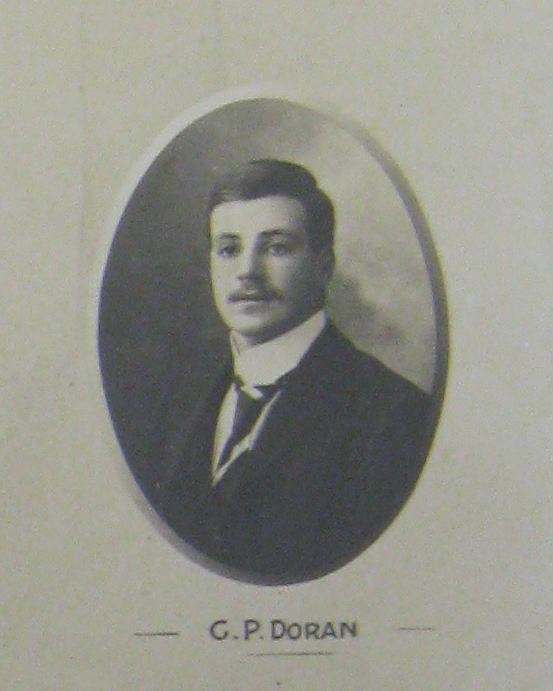 But the loss of a key forward was to prove too much for Wales and, just before half-time after a strong pack surge, the Irish half back Gerald Allen fed the right wing Gerry "Blucher" Doran who scored in the corner to give Ireland a 3-0 lead at half-time. Louis Magee missed the conversion but it was not to matter as it turned out that Ireland had scored the only points of the match. Another pitch invasion occurred during the interval which extended to 17 minutes and there were further stoppages during the 2nd half but Wales with their 14 men could not break through the Irish defence. Their finest opportunity came near the end of the match when Gwyn Nicholls broke through the centre and in the words of the Freeman's Journal:

"made a magnificent run up to the goal line, where he purposely and legitimately ran into the arms of (O'Brien) Butler, simultaneously passing to Skrimshire, who was clean away for the goal with no one in front of him. All seemed over when Magee - the fastest man on the ground - darted across and with a desperate dive just touched one foot of Skrimshire's and diverted him into touch-in-goal."

That was to be Wales's last chance and the match ended with Ireland encamped in the Welsh 25 and winners of the Triple Crown and the 1899 Championship. Sources: