Rugby history beckoned at Ellis Park, Johannesburg on Saturday July 27th 1974. The British Lions were playing the 22nd and final match of their tour and they had won all their previous matches. Only the 1891 British tourists had a superior record, having won all 19 matches on their tour including the first three tests played between these great adversaries. The 1974 test series was already wrapped up 3-0 and the Lions had only to win this final test to set a record that would probably never be equalled and could never be surpassed. 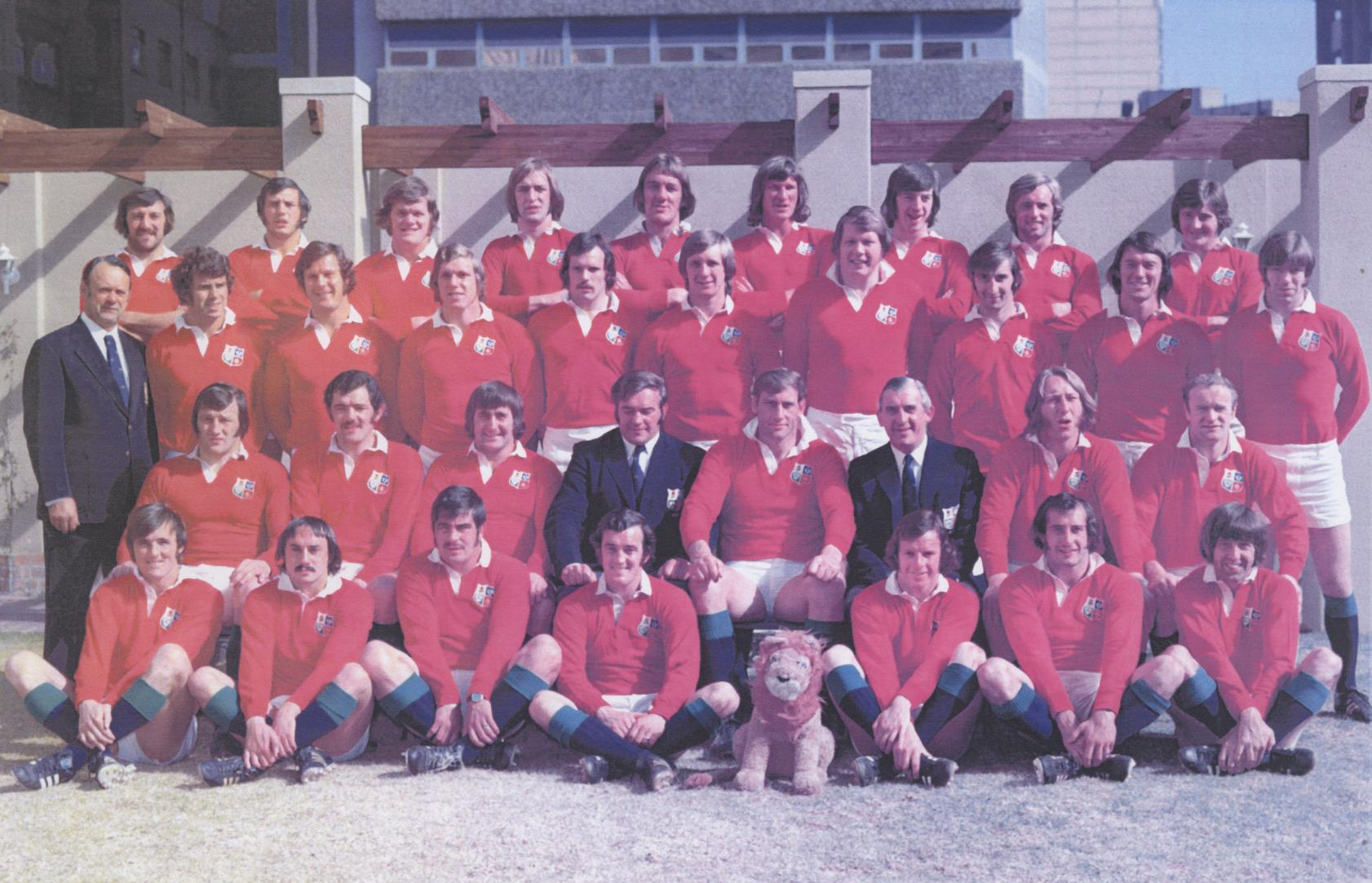 Looking back forty five years later, it can be seen that the 1974 Lions contained some of the greatest players in rugby history. Led by the inspirational Irish second row forward, Willie John McBride, other luminaries of this remarkable side were full back JPR Williams, the sprint champion JJ Williams on the wing, the half-back pair Phil Bennett and Gareth Edwards and the No 8 Mervyn Davies from Wales; the centre Ian McGeechan, the prop Ian McLauchlan ('Mighty Mouse') and the converted full back Andy Irvine on the wing from Scotland; the marauding Irish flanker Fergus Slattery and the formidable English forwards Fran Cotton and Roger Uttley. So strong was the touring party that players of the calibre of the Irishmen Mike Gibson and Tom Grace and the rangy English No 8 Andy Ripley were unable to gain selection for any of the tests. 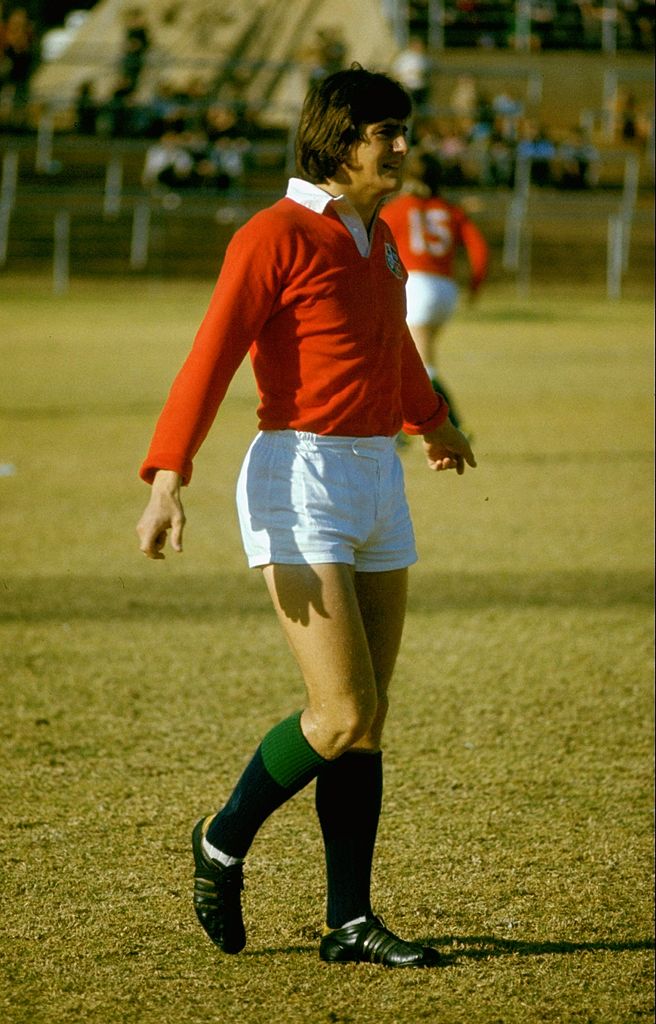 The Lions were firm favourites to win. They used only 17 players in the four tests and had made just one enforced change from their victorious 3rd test side. The charismatic Scottish second row forward Gordon Brown, source of much of the Lions' line-out ball and a try scorer in both the 2nd and 3rd tests, had broken his hand in an altercation during the 3rd test and was replaced by the Englishman Chris Ralston. The lack of international competition since 1972 had hit South Africa hard and the Springboks had already used 31 players over the three tests. Their selectors made only three changes including one new cap in the starting line-up for this final test. Although not a vintage era for South African rugby adversely affected by the sporting isolation caused by their government's apartheid policies, there were nevertheless some fine players in a side captained by their long-serving prop Hannes Marais who had won his 1st cap back against the Wallabies in August 1963. 75,000 spectators packed the rafters at Ellis Park and witnessed one of the most compelling and contentious test matches of the 1970s. After Jackie Snyman, Springbok fly half, had opened the scoring with a penalty goal, Roger Uttley was awarded a controversial try by the referee Max Baise when he dived on a ball that had gone loose at the back of the Springbok scrum. Television replays were to show that Chris Pope, the Springbok right wing, had touched down first. Phil Bennett converted that try for a 6-3 lead which was cancelled out by Jackie Snyman's second penalty goal shortly afterwards. The Lions scored next after a blind side break by Gareth Edwards led to a try by Andy Irvine on the right wing. Phil Bennett missed the conversion but the Lions went into half-time leading by 10 points to 6. 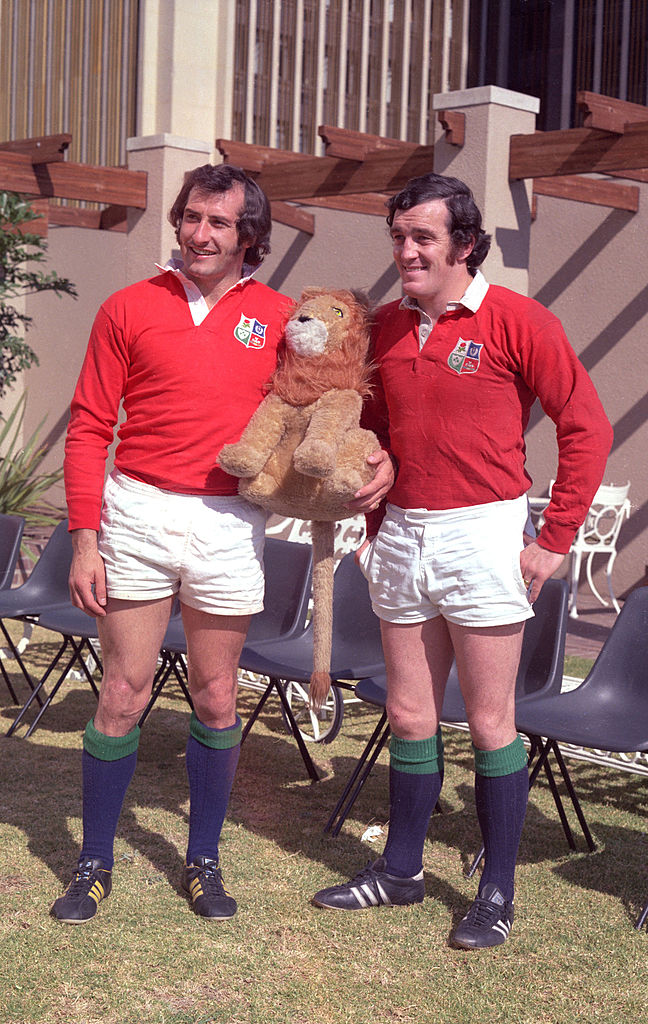 The second half was nearly twenty minutes old when the Springboks finally broke the defence of the Lions. After a long line-out throw, the wing forwards Chris Grobler and the veteran Jan Ellis secured the ball which went down the three-quarter line to Chris Pope on the right wing. One of the few Springbok players to play in all four tests, Pope was a powerful runner and this was his first real opportunity of the series. He powered past the Lions defence and, on reaching JPR Williams just short of the tryline, threw the ball infield. The Lions defence failed to clear and the centre Peter Cronje picked the ball up and threw himself over the tryline for the Springboks' first and only try of the series. The Lions had already scored ten tries in the series so, not surprisingly, the crowd went wild. Jackie Snyman missed the conversion but he soon kicked a third penalty goal to give South Africa a 13-10 lead with ten minutes to go. The final minutes of this test were dramatic in the extreme. Andy Irvine kicked a crucial penalty to make the score 13-13 and then a superb break by Jackie Snyman failed to provide the Springboks with the winning try when their experienced left winger Gert Muller overran the ball with the try line at his mercy. Shortly afterwards JPR Williams made a powerful run into the Springboks 25 and was stopped just short of the try line. He managed to release the ball which was picked up by the supporting Fergus Slattery who drove for the Springbok line. He crossed it to the left of the posts but was tackled head on by Cronje who managed to prevent Slattery touching the ball down immediately. It has never been disputed that Slattery did get the ball down, but the referee who had positioned himself in goal behind the players was unsighted at the crucial moment and he disallowed the try and awarded a five-yard scrum instead. The Lions protested furiously but to no avail and subsequent analysis of the television footage suggested that the referee had been correct. The Lions failed to profit from the ensuing five-yard scrum after which Max Baise blew his whistle and signalled the end of a test and a test series packed with controversy. The legend of Springbok invincibility at home had been punctured and never again would visiting sides feel that they had little or no chance to win a series in South Africa. Willie John McBride is the first off the plane at Heathrow Airport, at the end of a successful tour of South Africa, 30th July 1974. (Photo by Dennis Oulds/Central Press/Hulton Archive/Getty Images)