18 December 2017
Women in Rugby Union: A Story Worth Telling

A new PhD project delving into the history of women in rugby union is being undertaken by Lydia Furse through the World Rugby Museum and De Montfort University. Lydia is a 26-year-old rugby player from Devon with an academic background in French and history. Currently living in Cornwall and captain for Bude RFC Women, Lydia has big ambitions for this project. She tells us about her passion for rugby and her project aspirations in this Q&A. 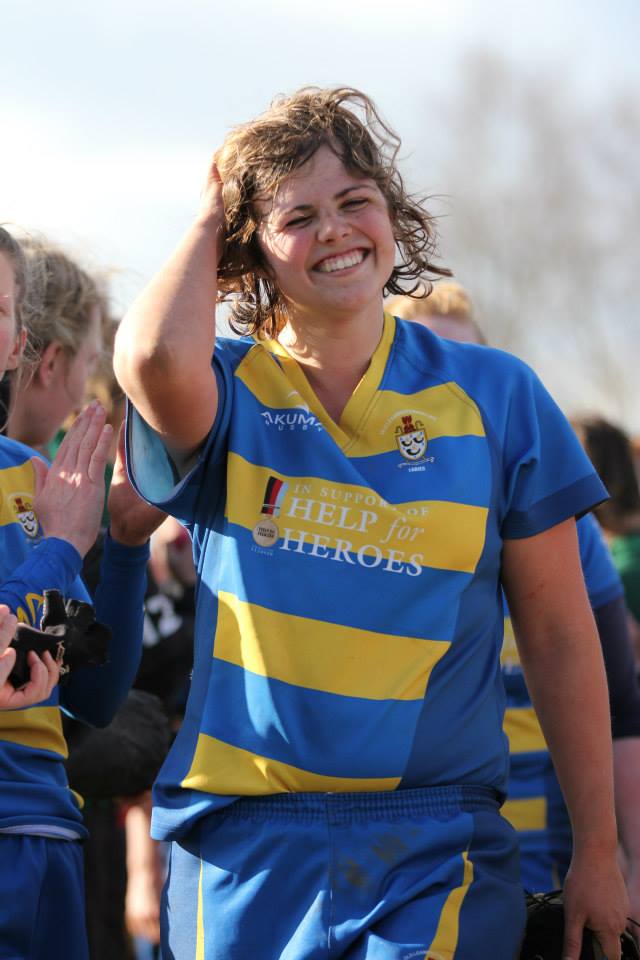 Can you tell us a little about yourself and your involvement in rugby? I've been playing rugby for 8 seasons now, which I started properly at Warwick University. I completed an undergraduate degree in French and History, including a year abroad where I played with a French team, Les Mandragores in Poitiers. I returned to France after completing my masters, which focused on representations of masculinity, and played for RC Lons in Pau whilst working at the University as an English teacher. When I first started rugby, I felt that I had finally found my home, and I've never looked back since. What particular elements attracted you to this PhD opportunity? When I first saw the advert I couldn't believe it was real, the chance to study the history of the sport I loved, with support and archival access from the World Rugby Museum? It was so perfect for me that I couldn't imagine doing anything else, I started getting up at 6am to spend 3 or 4 hours researching and writing before work every day to write the application. I really loved being a student, for both the academic side and the rugby playing side, and having an opportunity to combine the two so perfectly was something I just couldn't pass up! 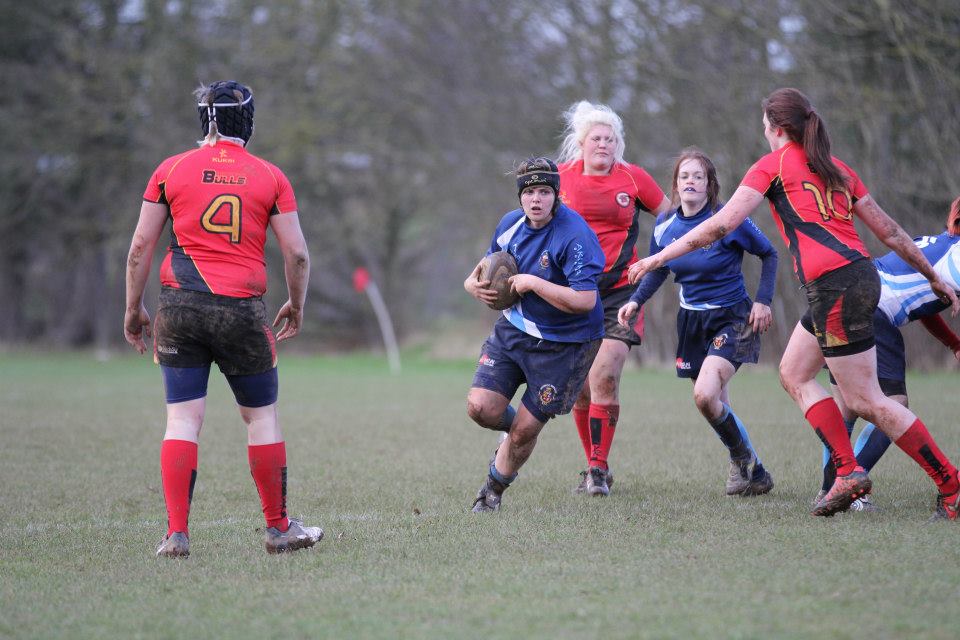 Lydia, running with the ball, during a rugby match.

Why do you think a dissertation on this topic is important? Rugby is, and historically has been, a sport dominated by men, and highlighting how the support of women has been integral to the sport's success, as well as the careers of individuals, is a crucial step towards analysing the norms of institutions. I will be building on work of previous academics who have studied women's access to leisure activities over time, and see the difference or continuities in women's access to rugby union, as both players and spectators. I am hopeful that putting this topic into the public sphere will bring people forward who would like their stories; or the stories of their mothers; grandmothers, told. Can you tell us how you plan on tackling such a broad topic? This project certainly needs to be broken down, as 1880-2016 is a huge time frame, and on a global scale, is a major undertaking. I am planning on tackling it chronologically to begin with, and the earliest records of women playing from the nineteenth century are currently few and far between. John Birch recently discovered the story of Emily Valentine, and I would like to put names to other records of women playing from the 1920s as recorded in New Zealand, New South Wales, and a French sport similar to rugby, known as Barette. As a social history, the context of all these pockets of women playing rugby is of vital importance, and I will draw links between their involvement in this traditionally male sport and ideas of female emancipation, ideals of femininity and the political movements happening globally in the early twentieth century. I wish to connect these pockets of play in the 1920s through to the global emergence of the women's game in the 1970s with the behind the scenes involvement of women in men's rugby union. The unpaid and underrated labour of women, the 'tea-makers' and the laundresses, is an integral part of male participation in leisure activities, and rugby union is no different. I hope to explore the effect rugby union had on the wives and children of male players, building on work already undertaken by the World Rugby Museum to collect the life stories of England international players.

Which aspects of this dissertation are you most looking forward to exploring? I am really interested in using post-colonialism in this project, and want the voices of those involved in rugby in places from all over the world to have an equal platform. Rugby as a sport has played a significant role in English-speaking societies around the globe, and I am looking forward to using my French to bring in one other aspect, and finding ways to explore the experiences of those women in Spain, Italy, Japan, Hong Kong, Fiji, Samoa, and innumerable other countries. I am looking forward to interviewing those involved in the early establishment of women's rugby teams, at universities for example in the UK and the USA during the 1970s and 1980s. Speaking to the pioneers of movements such as the first Women's Rugby World Cup will definitely be another highlight to collecting the oral histories. I'm incredibly grateful to the World Rugby Museum, the RFU and the Arts and Humanities Research Council for supporting this research and look forward to posting more on this blog in the future. If any readers would like to be involved in the research, to tell their story or share memorabilia, please contact