A century after the first British women gained the right to vote, our women's rugby historian, Lydia Furse, takes a look at how sport impacted the lives of many women in South Wales during the First World War. 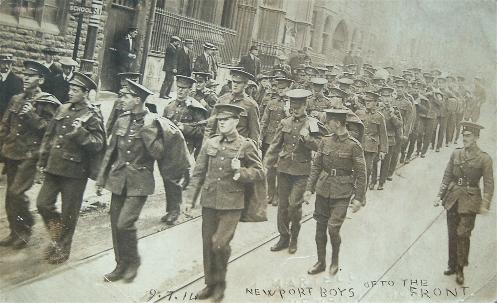 The war took its toll on many communities across Britain and the globe. South Wales was no exception, with young men volunteering and later conscripted to fight on the Western Front. As the men marched to the trenches, the spaces they left behind in work places were filled by women, who thereby enjoyed a new economic and social freedom. It is important to note that working class women were often employed outside the home during the nineteenth and early twentieth century, but the First World War was a turning point in the sheer number of women who took to the factory floors to keep the country running, incidentally proving that they were just as capable as their menfolk. This had a wider knock on effect on the women's rights movement, evidenced by the suffragette's success in gaining the right to vote for some women over 30 in 1918. The new dependence upon women in the workforce created a lot of social changes during this time. With women employed and earning money, many turned to the leisure pursuits previously monopolised by their brothers, husbands and fathers, including sport. This can be seen in the more commonly known story of Dick, Kerr Ladies Football team, who played their first match on Christmas Day 1917. But the story of the Newport v Cardiff Ladies Rugby match actually predates this more famous exploit by just a few weeks. On Saturday 15th December 1917, Newport Ladies and Cardiff Ladies teams faced up to each other in a charity rugby match at Cardiff Arms Park. The event raised money for the town battalion fund, supporting troops on the front line. Newport won the game 6-0, which was most likely two unconverted tries to nil in accordance with the points system at the time. 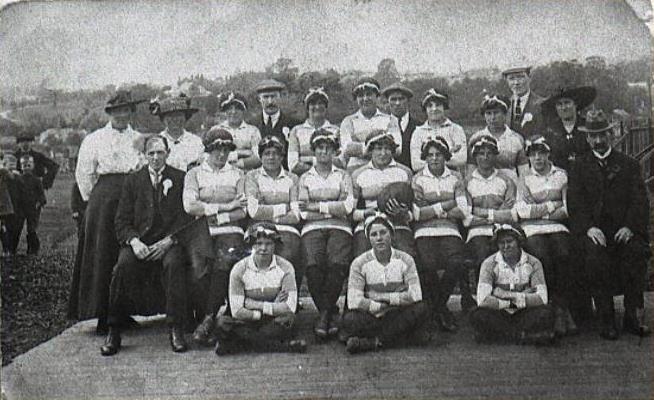 Although the victorious Newport players remain anonymous (research is ongoing to discover their identities), it is known that they represented the local ironmills firm of John Lysaughts Ltd, whilst their opponents Cardiff Ladies turned out for Wm. Hancock Ltd, the local brewery. The Cardiff Ladies' Fullback, Maria Eley, recalled in later life her experience of playing rugby, and suggested that the match was not a one off:

"We loved it. It was such fun with all of us together on the pitch, but we had to stop when the men came back from the war, which was a shame. Such great fun we had."

Maria Eley has since passed away at the grand old age of 106, making her possibly the oldest rugby player. Little else is known about the Cardiff Ladies team who played in December 1917, but their story is representative of the great social changes that occurred during the First World War, and that when given the opportunity, women were more than willing to play the "man's game". 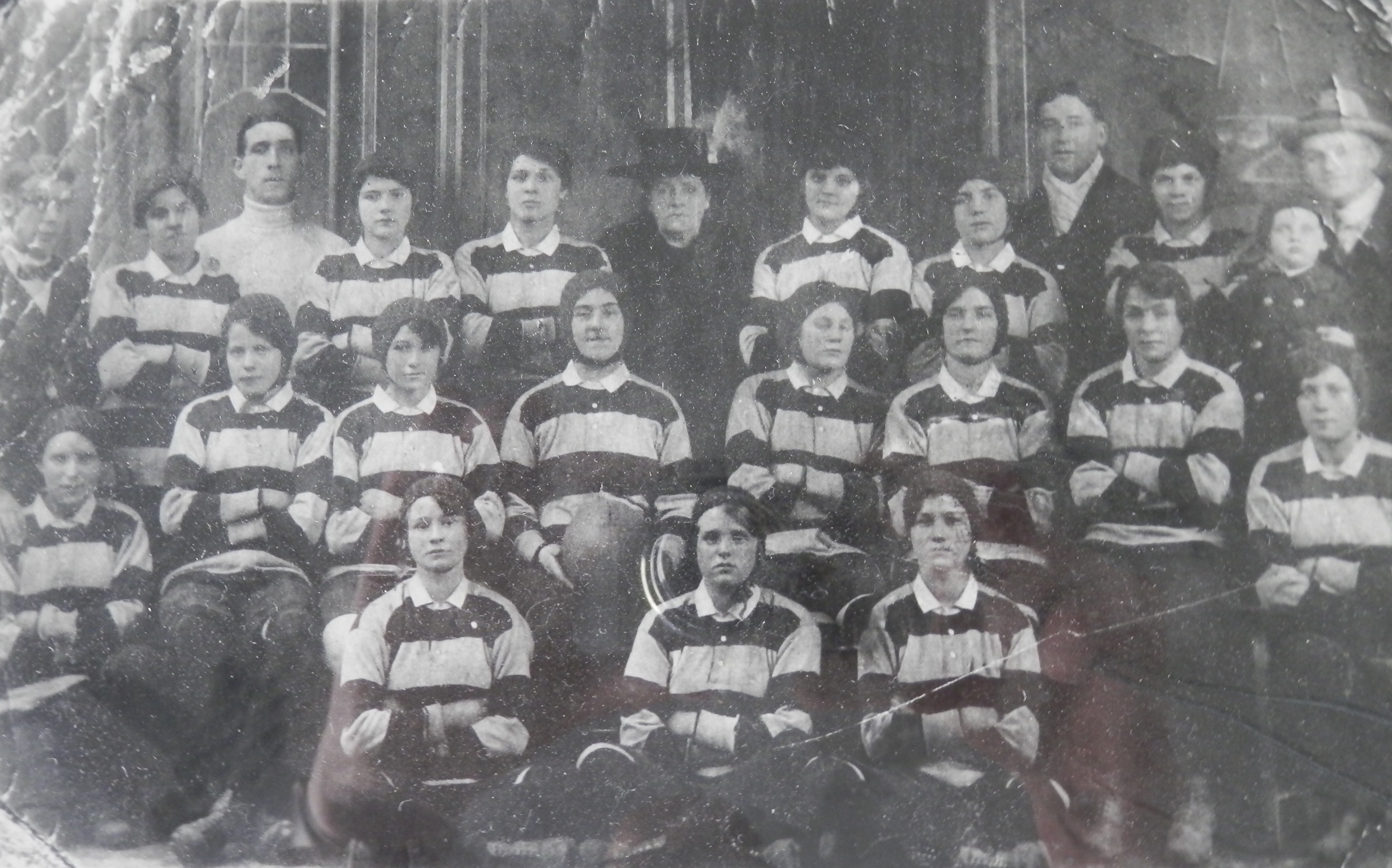 The photo above is captioned as featuring Miss E. Kirton, the captain, and Mrs "MA" Rosser, who provided changing space for both teams as patron of the Grand Hotel before they walked over to Cardiff Arms Park. It is believed that this may be the first example of protective headgear being worn during a match. Although the kit included long stockings so that no bare legs were on display, women playing a contact sport during this time was considered a novelty which was suitable as a charity fundraising event, but not to be taken seriously. It would be 69 years until the first representative Welsh Women's rugby team played an international match, against England. Although some of the media at the time still considered it a novelty, was no joke to the women who played. We may never know how the Newport Ladies or Cardiff Ladies viewed their participation in rugby, but these trailblazers took full advantage of their new social position during the war, and it's only a shame that the attitudes in the 1920s prevented them from continuing.

About the Author - Lydia Furse is working on a PhD entitled 'Women in rugby union: A social and cultural history, 1880-2016' which you can find out more about here.