The first substitute referee on a grim day for Irish rugby…but who was the referee?

In almost 3,200 tests played between the ten major countries and the British and Irish Lions since 1871, only 15 tests have required a change of referee during the match. The first four internationals were played with 2 umpires, but from February 1875 when AG Guillemard, the former English international, was appointed as the sole referee of the match between England and Ireland at Kennington Oval, a single referee has been in charge of each match. Over 250 international matches had been played over 40 years before Ireland took the field to play the all-conquering Springboks at Lansdowne Road, Dublin on November 30th 1912. The match is remembered almost entirely for the humiliating 38-0 defeat that the Irish team suffered at the hands of a rampant South African side. This was the second international victory of the Springboks on the way to a Grand Slam over all five European countries during which they scored 98 points including 24 tries and conceded only 8 points and 2 tries. 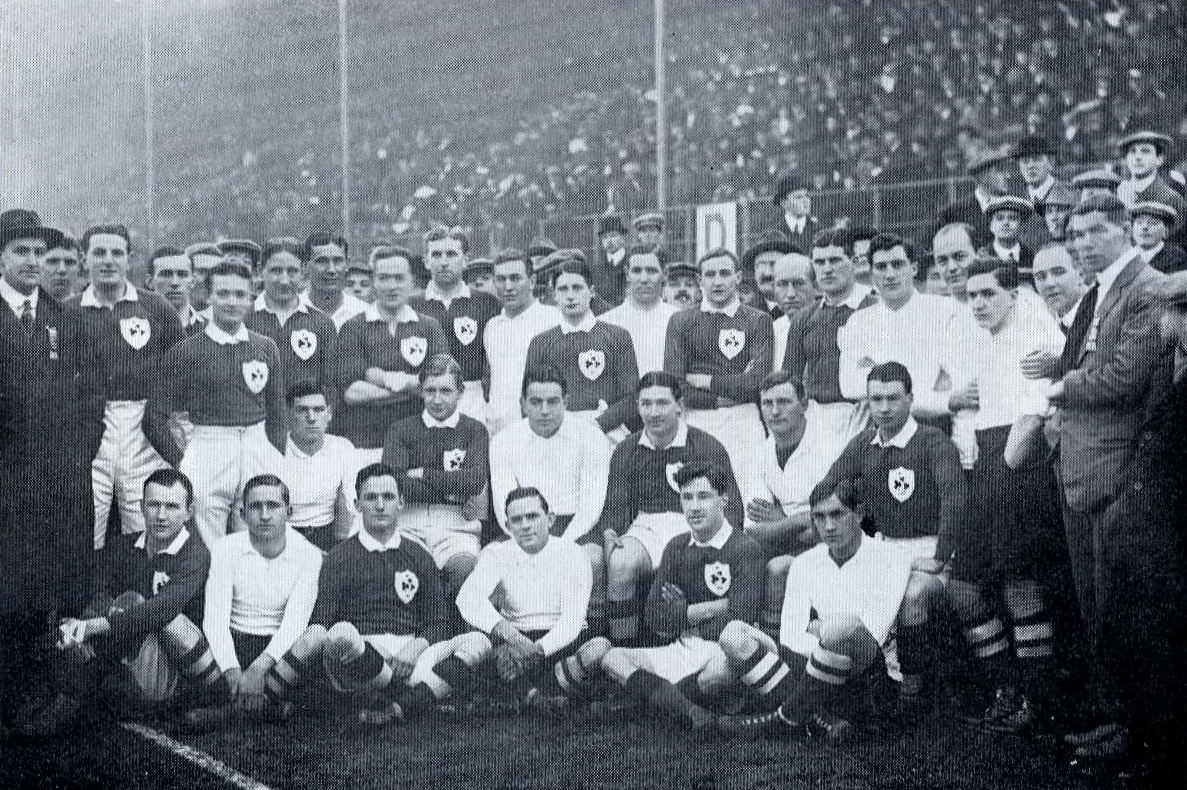 Numerous records were set that November day in Dublin - the most points, tries and conversions scored in an international by South Africa and the most points and tries conceded by an Irish team - but the most unlikely record was the first occurrence of the substitution of a referee at half-time. This was unique and, although the identity of the substitute referee has been known for many years - Fred Gardiner, the former Irish forward capped 22 times between 1900 and 1909 - there is still controversy over exactly who was the referee of the match in the first place, when was he chosen, and why was the eventual referee then substituted at half-time. The experienced English referee Frank Potter-Irwin had refereed the Scotland v South Africa match at Inverleith the week before and was scheduled to referee the Irish international. However he withdrew from consideration due to illness and the Northern Whig reported on Wednesday November 27th that Arthur Owen Jones, the England cricketer who had already refereed 5 rugby internationals, had been invited to referee the match. On the same day, the Dublin Daily Express in its City Special edition reported that AO Jones had been invited but was unable to accept the invitation to referee the match. With both Potter-Irwin and Jones unable or unavailable to referee the match, the Manchester Courier of Saturday 30th stated that "Mr Tulloch, of the Scottish Union, will be the referee, in place of Mr Potter Irwin, indisposed". 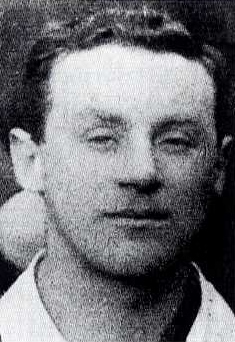 JT Tulloch was an experienced referee with 5 international matches under his belt and he would referee the epic clash between England and South Africa at Twickenham a month later. His appointment was logical and appeared to be endorsed by some of the Irish newspapers, although the endorsement was hardly ringing as he was described as "J Tulloch" - the reason for the inverted commas being unclear at that point. All the known sources agreed that Fred Gardiner took over after half-time and refereed the second half of the match. Although he was a very well-known figure in Irish rugby circles and had refereed the Calcutta Cup match earlier in the year, his elevation to the refereeship in no way helped the Irish team. Losing 0-12 at half-time, the Irish leaked 6 further tries in the second half to lose by a record score of 0-38. For many years confusion reigned as to exactly who refereed the first half of the match. The Dublin Daily Express on Monday 2nd stated that "J Tulloch" (SRU) refereed the 1st half and was replaced by F Gardiner at half-time; the Belfast Newsletter of Monday 2nd stated that "J Tulloch" was replaced by Fred Gardiner at half-time; and the Northern Whig report of Monday Dec 2nd stated categorically that JD Dallas, President of the Scottish Rugby Union in 1912-13 and the referee who had charge of the historic match between Wales and the All Blacks in 1905, and Gardiner were the two referees. Other names put forward as the referee in various rugby histories over the years included "D Jack" and "Mr Paling". So who was the referee in the first half? 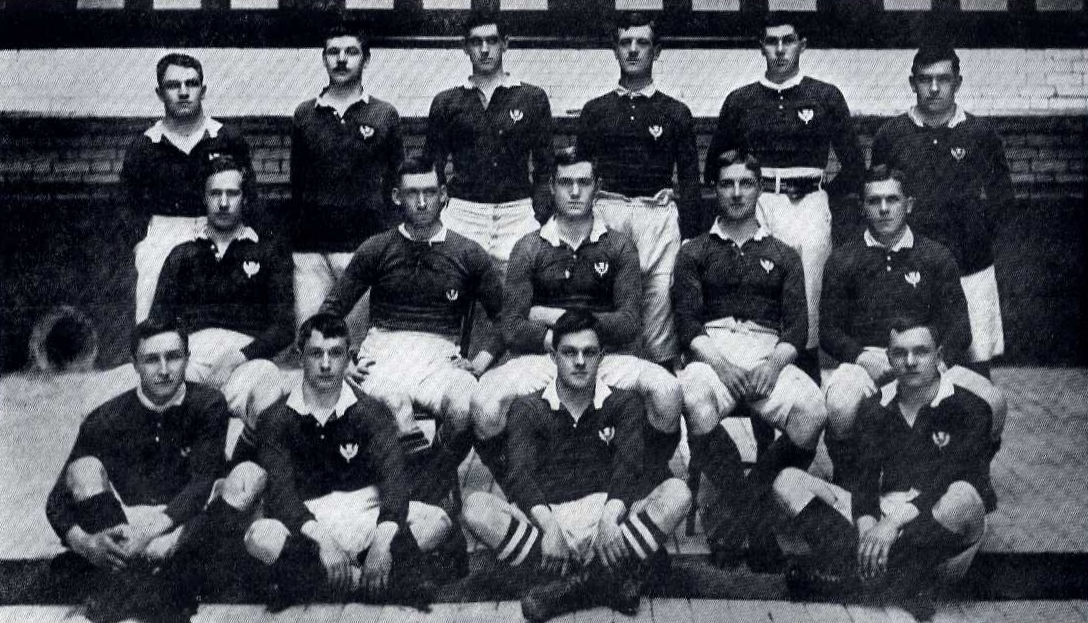 John Griffiths, one of rugby's foremost historians, has recently solved the confusion:

"It is clear that Tulloch did not referee the game, several journalists making a point of referring to the ref as J "Tulloch" - the quotation marks suggesting that they definitely knew he was NOT Tulloch. Fred Gardiner, the recent Irish international player and himself a well-known referee in Irish circles, took over the whistle for the second-half when "Tulloch" fell lame. So who did control that first half? Some reports called him D Jack, but I've never come across period reports elsewhere of a referee in British rugby with that name. At long last I think I might have come up with the answer as the result of some work I've been doing on old South African Tests. Danie Craven's pathfinding and well-illustrated volume of Springbok Annals was published in 1958 and updated in 1964. His photo of the 1912 Irish & South African teams has slightly different captions in the two editions. The listing for the back row of the team group in his 1958 edition ends with Freddie Luyt, the little South African fly-half, and understandably he made no attempt to name the two guys in mufti on the far right of the row. In Craven's updated version in 1964, however, one name has been added to the photo caption: that of J D Dallas (referee - SRU) standing at the right end of the back row. In the foreword of the updated version, Craven credits among others for help making corrections one Jock Wynness of the Scottish Daily Express. Craven of course was referring to Jock Wemyss, the old Scottish international who was the rugby correspondent of the SDE for many years. The typesetter must have mis-read Wemyss in Craven's handwriting for Wynness. Jock Wemyss more than anyone would have recognised Dallas accurately. And comparing pictures, the tall guy in the suit far right at the back of the team pic is clearly Jack Dallas. (The unnamed, smiling and balding fellow between Luyt and Dallas is Major Bob Stevenson, the old Irish forward and IRB member who was President of the IRFU in 1912-13. The Irish rugby presidents invariably featured in Irish team photos of the time.) D Jack I suspect was simply a nom-de-plume for Jack Dallas, and one newspaper report I found - the Northern Whig - made absolutely no bones about it. Their reporter names the referee as J Dallas."

QED I think. As a former prime minister once said of a fellow politician on a TV programme, I agree with John!