Sir Arthur Conan Doyle was born in Edinburgh in 1859, and went on to study medicine at Edinburgh University. It is here that he met an eccentric professor who inspired the invention of one of the best loved literary characters in history - Sherlock Holmes. With four novels and 56 short stories detailing the adventures of the sleuth, Mr Holmes has become embedded in British culture and has made 292 screen appearances to date - experiencing a surge in popularity in recent times with the BBC's award-winning sensation Sherlock, starring heartthrob Benedict Cumberbatch. However, having strayed somewhat far from the original stories with endless modernisations, it is interesting to now revisit the tales and uncover Conan Doyle's frequent and unmissable references to sport - and in particular, the game of rugby. 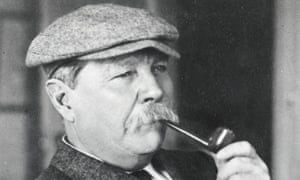 Conan Doyle was a keen sportsman and an impressive all-rounder: he played on occasion for the Portsmouth Association Football Club and the Marybelone Cricket Club, as well as being an amateur boxer and golfer. His rugby career began as a teenager, though he complained that his school played a 'hybrid game peculiar to the place', and continued at university where he played on the Edinburgh Medical School rugby team. His aptitude for rugby was not quite what it was for football or for cricket, but rugby was closest to his heart, and he travelled the world to see matches in France, South Africa and New Zealand. He wrote in his 1924 autobiography that, on balance, he regarded rugby as the 'best collective sport', requiring the greatest skill both physically and mentally. Despite taking time out to pursue athletic hobbies, his sporting interests were not entirely separate from his literary endeavours. One Sherlock Holmes story in particular - The Adventures of the Missing Three-Quarter, published in 1904 - revolves entirely around a game of rugby. The story begins with a Mr Cyril Overton seeking Holmes's help, after one of his key players on the Cambridge University rugby union team - Godfrey Staunton (a three-quarter, as the title suggests) - has mysteriously disappeared. If he is not found by the morning Cambridge are sure to lose their match against Oxford the following day, so speed is of the essence. Holmes and Watson discover that Staunton has been in touch with a doctor, and with the help of Foxhound Pompey, track the doctor's carriage to a country cottage. Here they discover Staunton with his wife, who has just died of consumption; the marriage had had to remain a secret because Staunton's cruel uncle would not have approved of the match and his nephew would henceforth be disinherited. Thus he told no one of his whereabouts when he was informed that his wife had fallen ill. This rather tragic tale was likely to have been inspired by Conan Doyle's own experiences: his first wife Louisa Hawkins fell ill with consumption around the time that the story was written, and died two years after its publication. The Adventures of the Missing Three-Quarter has been adapted for both television and radio, but remains relatively unknown amongst the Holmes stories. However, Sydney Paget provided some exquisite illustrations to accompany it, including an amusing sketch of Holmes, Watson and the foxhound stalking the doctor's carriage to Staunton's location. 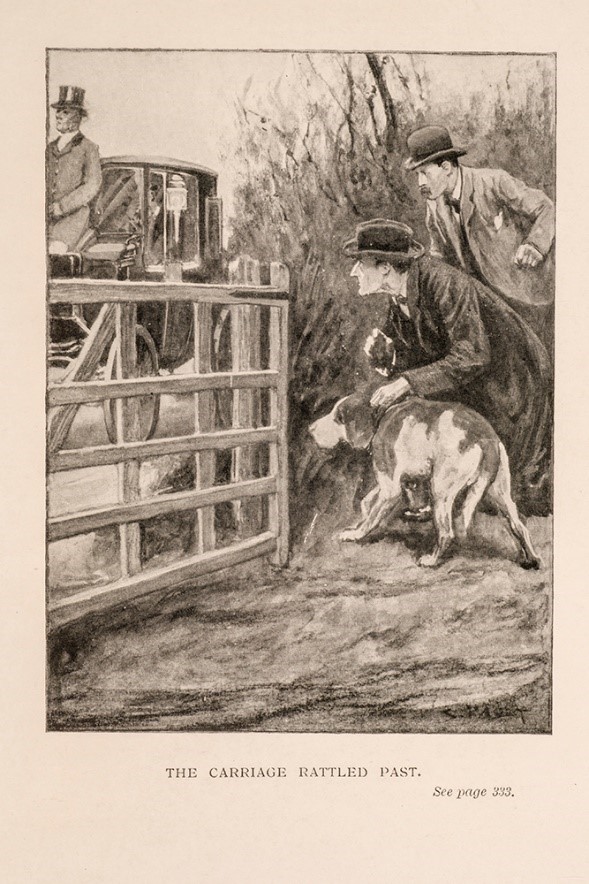 Other references to the sport in his writing include a chapter dedicated to commentating a rugby match in The Firm of Girdlestone (1890) and the revelation in The Adventure of the Sussex Vampire (1924) that Watson once played on the wing for Blackheath - a highly prestigious rugby team. Thus, it would appear that rugby was always present in the writer's subconscious, and he could not resist a mention here and there. Conan Doyle died of a heart attack in 1930 at the age of 71, having fathered five children, and is buried with his second wife Jean Leckie in Hampshire, to whom he was touchingly devoted. His last words, "You are wonderful", are said to have directed at Jean, despite her lack of interest in rugby! He was a man of many passions, but it is not often acknowledged that the game held such a special place in his heart.

About the Author - Cecilia Neil-Smith is reading Victorian Literature, Art and Culture at Royal Holloway, University of London. She has been part of the World Rugby Museum team since 2019.