This article is a continuation of Keith Gregson's 'The Plight of the Northern Amateur'. 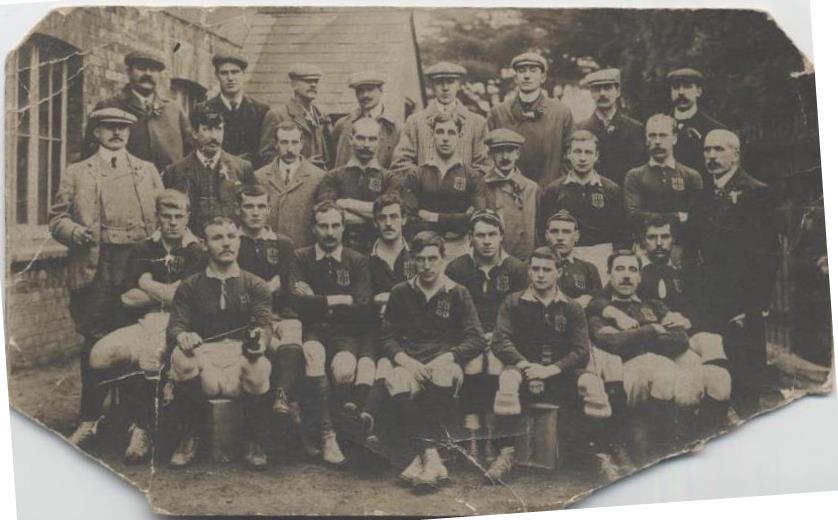 Attendance One of the main arguments for a league system had been that it might improve attendance and, in consequence, income. This is not an easy area to deal with due a lack of conclusive evidence. In terms of crowd size, press reports were wont to use positive phrases such as a 'large attendance' at the Durham City v Sunderland 1st XV match in October 1907 and 'a fairly large gathering' for the Sunderland v Winlaton Vulcans 1st XV match in November. At the other end of the scale less positive descriptions such as 'dwindling interest', 'meagre attendance' and 'moderate company' were used of other 1st XV league games. Only on a couple of occasions did actual crowd size appear in press reports. There was considerable disappointment at a turnout of only 600 for the West Hartlepool v Sunderland 1st XV league match although the crowd of around 3,000 mentioned by a number of sources for the Hartlepool Rovers v Sunderland 1st XV league match was greeted with approval. However due to frost the latter game was the only one being played in the region on that day which may explain the good turnout. The difficulty of judging crowd size and resultant income can be seen in the case of Sunderland SRFC and its modus operandi. At the end of September 1907, the Sunderland Echo reported a paying public of 16 for a rugby league match at Sunderland, considered to be 'probably the smallest on record for a first team fixture on the ground'. The income from the paying public was five shillings and sixpence which included one payment of one shilling and sixpence for upgrading from the ground to the stand. However the reporter continued to note the side ('a good one') was 'well supported by members'. In the case of cricket and rugby, membership of the Sunderland Cricket and Football Club brought with it free entry to games. To some extent such membership may be regarded as a form of season ticket and does cause problems when it comes to calculating attendances and match day income. The reporter for the September match put the low paying gate down to the Sunderland AFC home fixture and it is clear that by 1907/8 the rugby union league system in the north east was not challenging the local domination of association football. Early in the season, Touch Judge in the Evening Chronicle expressed the fear that 'the Association code' was 'on the march' in the Hartlepools - a bastion of rugby if there ever was one. This 'dribbling code' was seen as responsible for the small crowd in attendance at a pre-season friendly between West Hartlepool and Castleford which made the writer wonder 'how they got going at Hartlepool'. Granted that the West Hartlepool v Castleford game was a friendly, a rugby league fixture was usually poorly attended if one of the big local association clubs was playing at home on the same day. 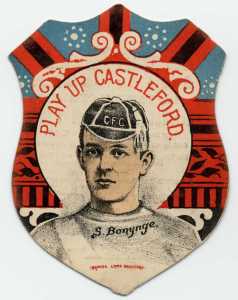 Leagues and professionalism Perhaps the greatest fear of the RFU was that leagues would lead to underhand payment of players and eventually to full blown professionalism. If it was carried out subtly, this kind of payment can be difficult for an historian to detect and it will always remain a possibility that there were payments and that no record of these was ever kept. This noted, the evidence available currently suggests little in the way of payment of players. A detailed examination of the records of the Sunderland RFC indicates that the club was so short of funds at one point that the 1st XV players agreed to pay their own travel expenses in order to keep the club afloat. Committee members here were strongly opposed to joining the breakaway Northern Union in 1895 and eventually overcame any efforts to move the club to the association code. Minute after minute during this period suggests that one of the main reasons was a desire to avoid professional sport. The journalists who covered rugby in the local press also made a stout defence of the amateur code. Early in the 1907/8 season, Winlaton Vulcans opened a new stand to great acclaim. Colonel Napier-Clavering who had helped to sponsor the building of the stand commented at its opening, 'no game brought out the true nature of a man than Rugby football; nor did he know of any that taught a man discipline, self-restraint and courage as well as it did'. Touch Judge, writing in the Evening Chronicle, concurred and in all his early season's jottings averred that this nature was to be seen at its best in the amateur game. He followed with interest the battle going on for the soul of Welsh rugby and noted gleefully the failures of the visiting All Black professional side as it took on the clubs in the Northern Union. This led him to note that 'none of the Welsh' activities were to be seen in his area and that the professional side of the game had been 'swallowed up by the Northern Union wave'. At the same time, Touch Judge also approved of a place for 'honest professionalism' despite his preference for the amateur game where 'men played for the love of it and the benefit they derive from it'. What he really objected to was 'the half-and-half-business', i.e. the 'boot money' which had led eventually led to 1895 divide. Nowhere in any of his writing does he suggest that such a business existed in any shape or form in the clubs involved in the north east leagues. Time Keeping There is little evidence of this at Sunderland RFC in 1907/8 and less still that the league system triggered rising gates or significantly increased income for the clubs involved in the system. One change however lay in an improvement in punctuality - something already hinted at in earlier league-related records of Sunderland RFC. With reference to an early season league game between Durham City and Percy Park, one correspondent noted;

'Another welcome improvement is the good time now kept. On Saturday a start was made prompt to advertised time and those who, following old customs, came down twenty minutes later, were surprised to find the game nearly half over. This is bound to make for increased interest in the game, and I hope every care will be taken to maintain it'.

Elsewhere it was noted that until fairly recently, a waiting time of fifteen minutes had been the order of the day. If the league system brought a little more discipline into the game in terms of starting times, it may also have brought in a little too much indiscipline as competition grew. In a league match between West Hartlepool and Westoe, there was crowd trouble and two dismissals. The rugby reporter for the Hartlepools' based Northern Daily Mail was annoyed by this. 'Bah!' he wrote 'The whole thing is beyond contempt'. He suggested that the internal committees of the clubs should be proactive in stopping such activity and concluded, 'much as they value the possession of the league flag' they should 'rather let it go into oblivion than that the traditions of their glorious club should be dragged through the mire'. Occasionally the set time for a match starting passed by without success. The match between Sunderland and Winlaton Vulcans, for example ended 'in semi-darkness' due to the late arrival of the away teams baggage. This late arrival is indicative of an 'amateurish' approach to the game which is also reflected in player turn out especially in the junior sides. In the case of Gilesgate;

Throughout the season there were also signs that the pit village side Hamsteels was struggling to put out a team and a Sunderland 2nd XV fixture with Percy Park had to be downgraded to a friendly because the home team did not have 15 players. On another occasion, Sunderland's 3rd XV played against 13 of a Durham side at Ashbrooke and that included two borrowed Sunderland players. Perhaps the most telling in this sphere was 'a complaint from West Hartlepool' about 'the frequency with which visiting clubs send incomplete teams to keep Inter County Club Championship engagements'. Westoe came with only ten men and were loaned two but twelve against fifteen 'aroused little interest amongst the spectator'. As county games were of considerable importance, they tended to weaken the better league sides considerably causing the kind of dissatisfaction now experienced by professional rugby union sides during the Six Nations international season. All in all, an amateur approach to league rugby appears to have held sway. Little happened in Sunderland until the cricket season was over and even after the start of the rugby season 'not all players had yet answered the call' while 'others' were 'as yet unfit'. Training did not commence until the Tuesday before the first league match As Touch Judge remarked;

'Rugbeians do not rush into play on the first available day as do the devotees of the Association code, and so long as the game is played on the same amateur lines as at present they will never do so'.

Conclusion The rising challenge of association football in the north east of England clearly jolted rugby clubs at all levels into action based, as a bottom line, on sheer self-preservation. The fact that the vast majority of clubs which took part in the exercise are still playing today may be proof of some form of success.

About the Author: Keith Gregson is a Sunderland-based semi-retired freelance writer, historian and musician. He has written numerous books about the history of sport including 'One Among Many', 'Sporting Ancestors' and 'Australia in Sunderland'. Details of his work can be found at keithgregson.com and his books can be purchased from Amazon.