In the 'King's Cup' opening encounter the fledgling Royal Air Force outfit, with the last- minute addition of an amazing Air Force character, met a strong New Zealand Services XV at a windblown Swansea on St David's Day 1919... Unfortunately, the brand-new RAF side lost three of their best players when illness struck en route to Wales. In any event, they had not had much time together, while New Zealand were not only at full strength, but were a tried and tested unit for this St David's Day tournament opener at a Swansea ground well used to hosting major internationals. As skipper 'Wakers' Wakefield put it, '…influenza raged and destroyed our prospects of getting together a reasonable team in time for our first match and we were badly beaten by the New Zealanders at Swansea on my first visit to that ground.' 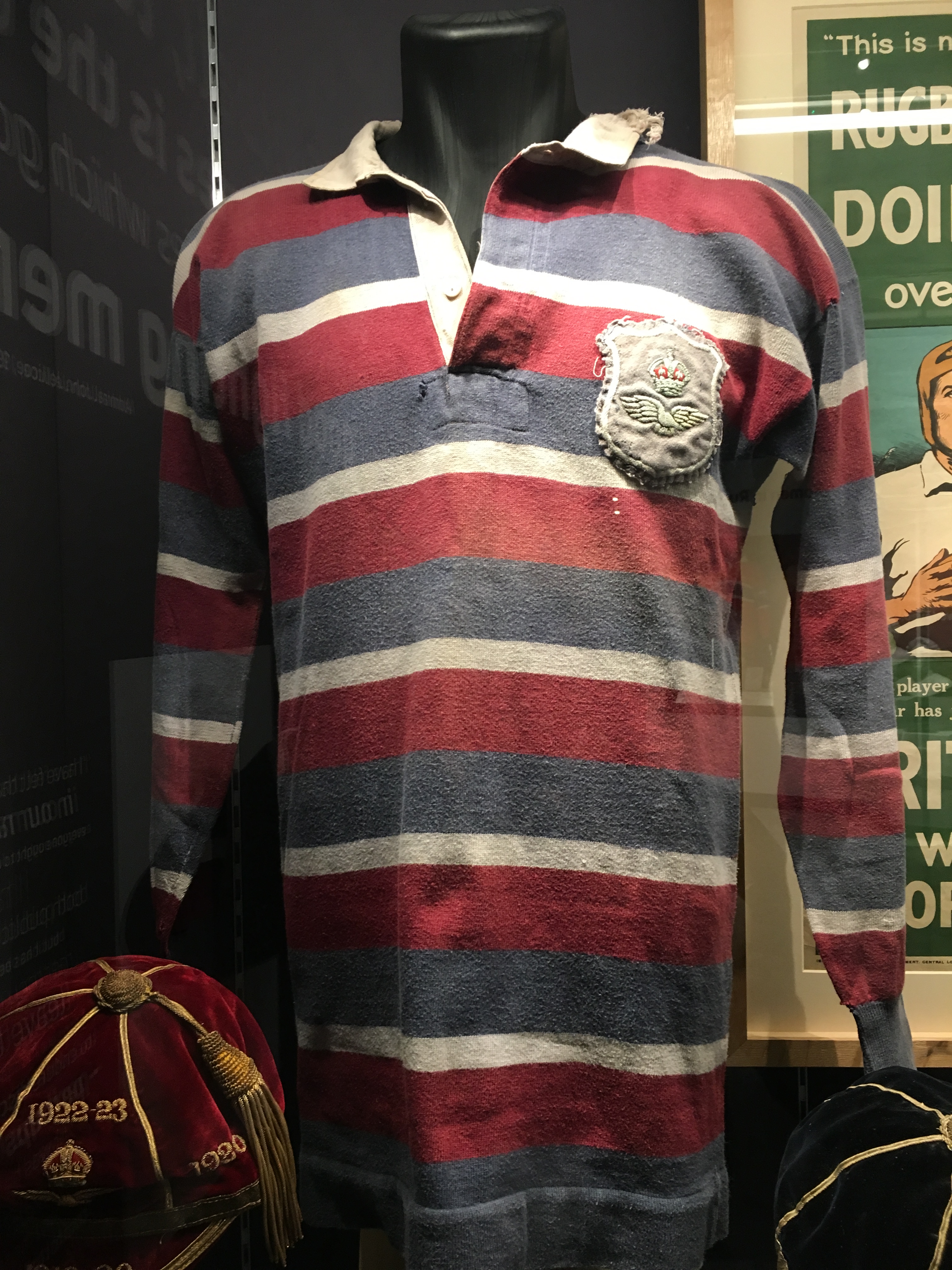 Reports suggested that no better venue could have been chosen for the first match in the Cup, as Swansea was a town rich in rugby tradition and memories. A crowd of around 10,000 was expected, but in fact only some 2,500 turned up and it was suggested that the 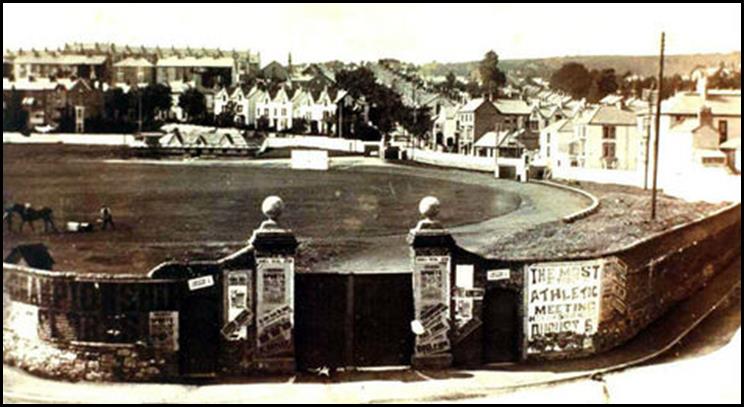 regular Welsh supporter had no personal interest in the players of either side. The attendance was indeed much smaller than it might have been, but this was probably due in the most part to so many people refusing to pay the increased gate charges. Also, many understandably considered the result was a foregone conclusion. In the event, New Zealand were tested far harder than expected and it was rather closer than the final score suggested. The big surprise was the way the RAF pack tore into their opponents, with their dribbling being a feature of the game, but New Zealand were more skillful out wide, while Charlie Brown and Jack McNaught were quick in their decisions. Despite playing into the strong wind it was 6-0 at half-time to New Zealand, led by scrum half Charles Brown (pictured, along with his full All Blacks Cap), with wing Percy Storey having crossed twice from brilliant passing, despite missing two other chances, and 'Jockey' Ford was notable for his clever cross-kicking. The RAF went close twice.

After the restart a rapid burst by 'Ranji' Wilson sent Storey in for his hat-trick, but at 9-0 and into the breeze there came the best try of the match, scored by Tennant Sloan for the airmen, as he left the steady New Zealand full back Capper completely fooled and unable to tackle. The RAF pressed strongly, but suddenly New Zealand upped a gear and it was all over as

further tries followed in quick succession from Jack Stohr, Bill Fea and 'Moke' Belliss, with two of them being converted, probably by Stohr, though one report suggested it was the forward Sellars in who had taken over the goalkicking after Stohr had missed the first three conversions. The RAF included the South African George Wrentmore (pictured) as centre and captain, and the then-uncapped Wavell Wakefield up front. At that time, of course, a try and a penalty were equally valued at three points, with a dropped goal worth four. The wind played a big part as passes went astray, but it was a good opener in the Principality, where only one of the game's 30 players was Welsh. He, winger Jones, could have had a try in the first half, but Wrentmore held on and was tackled. An interesting story surrounds the identity of that last-minute replacement wing, who turns out to have been Captain J Ira T 'Taffy' Jones, born a little further west of Swansea: he of No. 74 'Tiger' Squadron fame, the highest-scoring Welsh fighter ace - in the air, rather than the on-pitch battles! According to his autobiographical An Air Fighter's Scrapbook, with its lovingly-detailed chapter on his rugby exploits, Ira Jones had meant to attend the match merely as a spectator, but was talked into taking the field to replace yet another sick player, a winger named Gustav Adolph Eugene Norgarb, a South African from Pretoria, who on January 15, 1918 had risen from Lieutenant to Captain. Norgarb had played in the first-ever RAF match a month earlier and at centre inside him in that match was his younger brother, John Hermann Carstens Norgarb, who had also been promoted to Captain. It was Gustav, aged 27, who had to withdraw at the very last moment at Swansea, with Jones luckily on hand to play. The Wanganui Chronicle kept Norgarb in its team lineups, yet referred to the lack of ball that went the way of his replacement, Jones! Neither of the Norgarb brothers played in the Cup: Gustav married a lady from Kensington in 1920, though she was to return from South Africa after a decade to marry a Yorkshire ship engineer. Other late RAF changes had seen full back Captain James Mitchell, South African fly half Lieutenant Randles and Lieutenant C Lawton Ross, a forward, all miss out. Meanwhile, while stand-in Jones was not called upon again in the tournament, he did appear in the Inter-Service Tournament against the Royal Navy in 1920, 1921 and 1922 and the Army in 1921 and 1922. 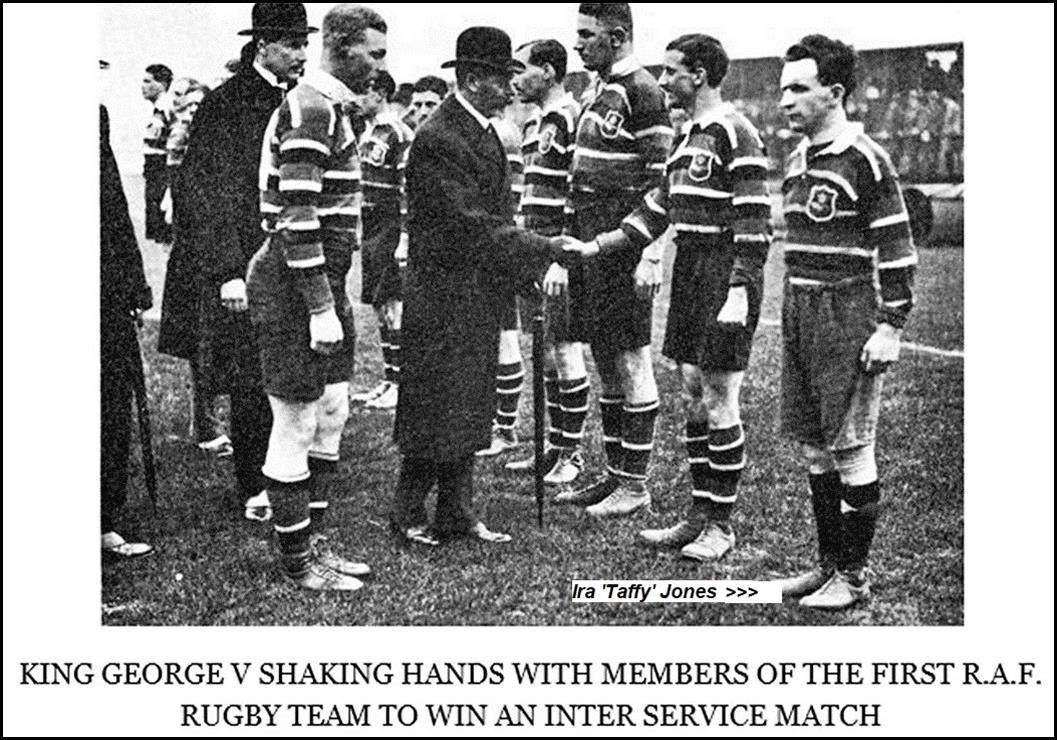 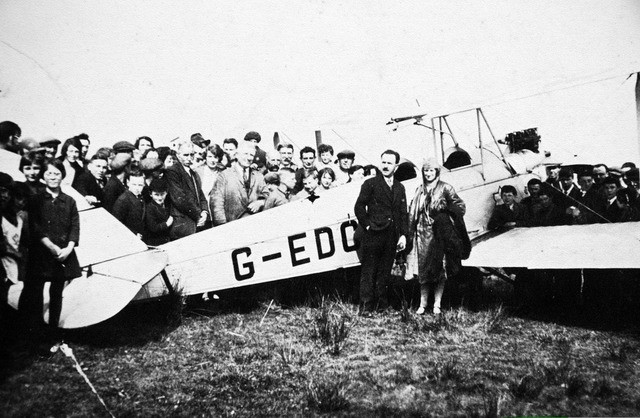 WW1 fighter ace Capt Jones, his wife and plane at St Clears, near his Welsh birthplace

Jones had been born at Llanddowror, 18 April, 1896, survived adventures in two wars and died in hospital August 29th 1960, after a fall from a ladder at his Aberaeron home. Won the MM, the DSO, the DFC, the MC, and later still a bar to his DFC. He even received a Russian medal, the Order of St George - one of his proudest moments, although he had very little idea how he had come by it. He had played for the RAF in their first win over the Army, and fly half for several first class clubs including London Welsh. He became a Wing Commander, and though his 'over age' attempts to fly officially for the RAF in WW2 failed, still frightened off a German Junkers 88 bomber during a raid on South Wales in 1940 with his only weapon - a Verey flare pistol! He wrote three books including the wide-ranging and interesting An Air Fighter's Scrapbook (still available) and Tiger Squadron: The Story of 74 Squadron R.A.F. in Two World Wars.

A century ago, in this deciding clash for George V’s King’s Cup, could the Mother Country reverse their earlier defeat by New Zealand, or would the men from 12,000 miles away maintain their edge and build on the winning reputation they and their countrymen had built over the previous fifteen years?
Read More

The Services teams from Down Under finally clashed at Bradford after a snow-postponement, and the against-the-odds Aussie win helped the Mother Country in their hopes of forcing a play-off for the 1919 Kings Cup…
Read More