In advance of the 2015 Rugby World Cup over 20,000 applications were received, of which 6,000 talented individuals were chosen to become members of 'The Pack' - an elite group of Rugby World Cup 2015 volunteers. To reward and honour the hard work provided by those who volunteer at grass roots level, every Rugby club throughout England was offered positions to join The Pack. This meant that 75% of World Cup volunteers were volunteers from the Rugby community. The remaining 1500 volunteers were recruited from the general public. The Pack therefore comprised volunteers from all over the country, ranging from 18-86 years of age. During the tournament the Pack were on hand at 48 games and 13 venues, from September to October, providing a variety of essential functions around the country to ensure that rugby fans and spectators enjoyed the tournament. 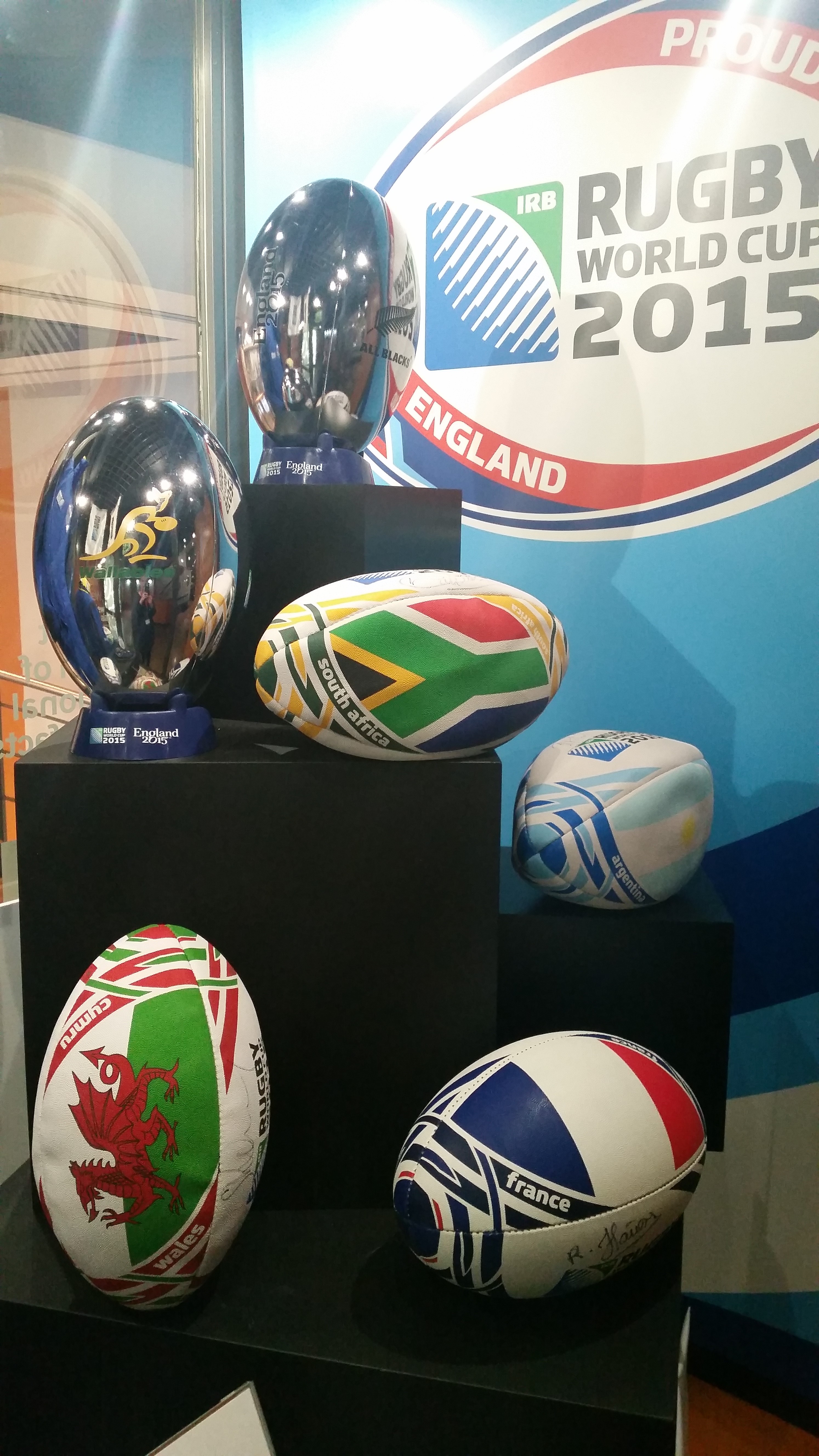 These volunteers were integral to the success of the Rugby World Cup, they brought endless skill, knowledge, enthusiasm and passion into the stadiums. As Minister for Sport, Helen Grant MP, said, these 'volunteers are the unsung heroes in community sport...' The World Rugby Museum would like to thank all rugby volunteers throughout the country who continue to make rugby a fantastic sport. Our special mini-exhibition 'The Pack' features a collection of Rugby World Cup 2015 memorabilia, including items from the volunteer kit and the rugby balls that were used during the tournament's opening ceremony at Twickenham in October 2015.