27 January 2020
Weighing up the Competition

Rugby is a very physical contact sport, and as such the physicality of the players has been of great interest to supporters for the majority of the game's history. Some programmes for tours and matches have listed player weights and heights ever since the early 20th Century. These statistics have been used to try and determine the outcome of matches before they have been played and to pit the 2 packs against each other. 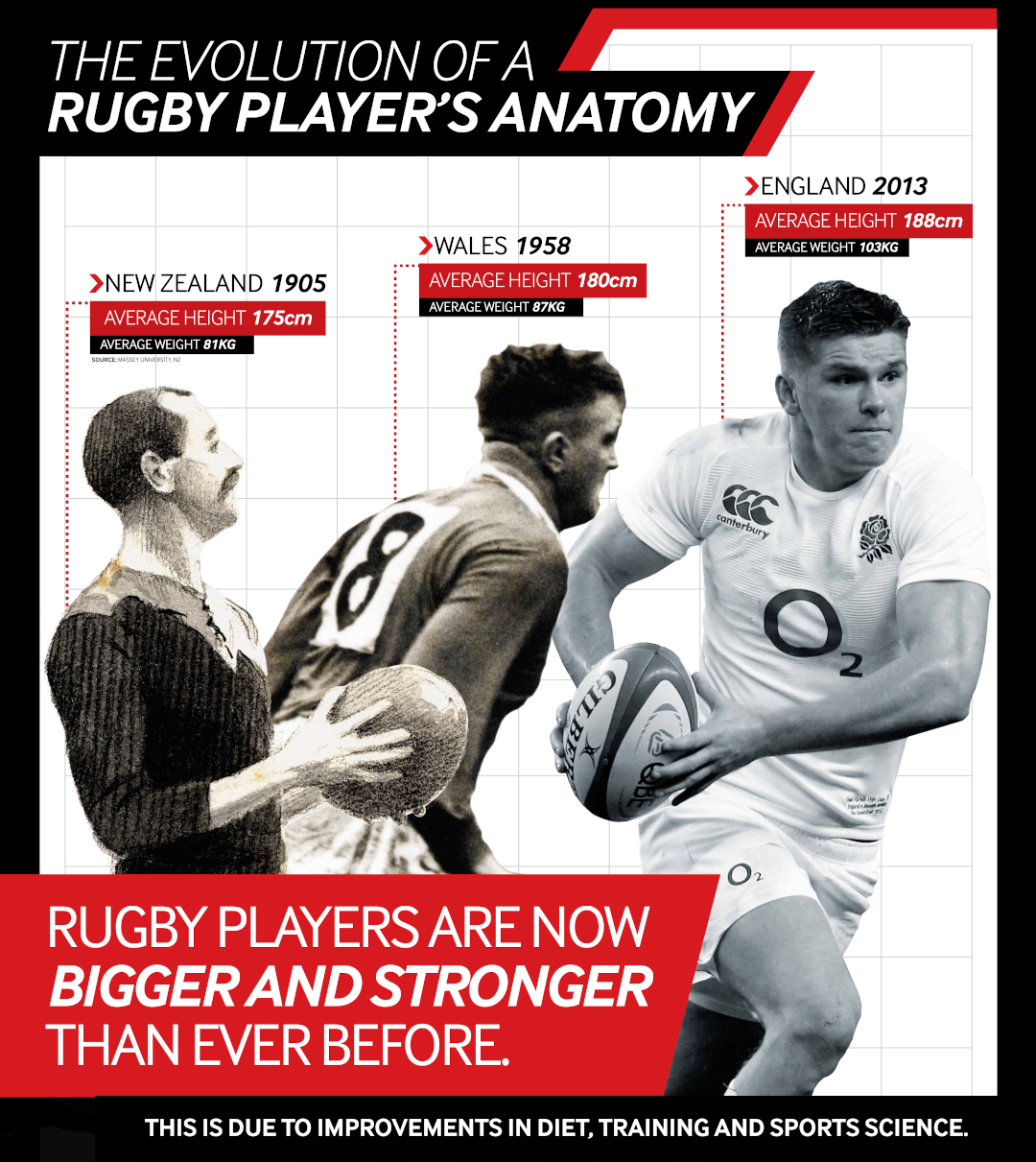 As rugby union became professional in 1995 we saw the advent of stricter training regimens for players along with coaches having greater control over their diet. These changes have led to an increase in the average player size. A study carried out on New Zealand team weights from 1905 to the present day shows an average increase in weight of the forwards by 25kg and a 19kg increase in the average weight of the backs. These changes can be attributed to the changes in diet of the team as well as their changes in training routine. If we look back to John Henry Clayton, a player in the first ever England International team in 1871, we can see how dramatically training and diets have changed over the years. He is said to have trained for a month in advance of the game by running before dawn and consuming underdone beef and beer in the evening - not quite up to today's standards of a well-balanced diet! With Rugby World Cup 2019 just behind us it is clear to see that people's interest in the size of rugby players has not changed. We still publish player weights and heights in programmes and the variation in the weight of the pack is often discussed pre-match.

Weight Watchers Australia are the most recent researchers into the field of rugby player weights and they gathered together the weight information of all of the players from each team competing in the World Cup. Highlights of the information they collated were:

As the game continues to change and evolve it will be interesting to see if we continue to see an upward trend in the size of the players. What is not is doubt is that coaches and supporters alike will continue to take a keen interest in in what these changes may be. To explore all of the data that was gathered during the project please visit the