26 November 2018
The England International who was sunk at Jutland...

Sydney Coopper was secretary of the RFU from 1924 to 1947. In 1916 his ship was sunk during the nighttime exchanges during the Battle of Jutland. Coopper survived. This is the story of what happened that night on board HMS Sparrowhawk... 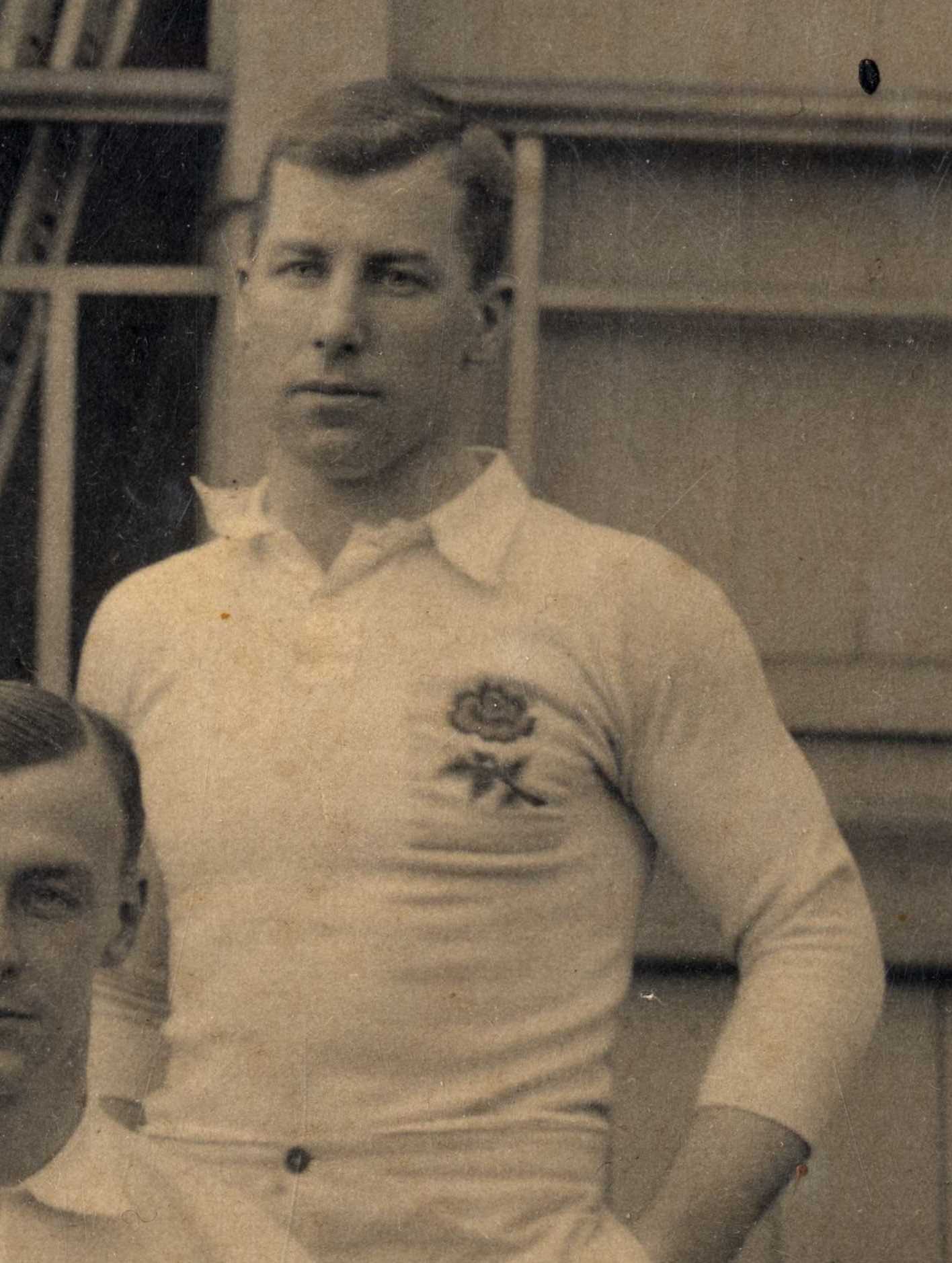 Having had the worst of the daytime exchanges British Admiral John Jellicoe ordered his fleet to spread out in the hope of cutting off the attempted retreat of the German High Seas Fleet. As the sun slipped over the horizon it would be the smaller craft and destroyer flotillas that continued the battle at close range throughout the night. Among them, Lieutenant Engineer Sydney Coopper was ensconced in the engine room of HMS Sparrowhawk of the 4th Destroyer Flotilla. He had made seven appearances on the wing for England in the 1900s but his ship would soon become embroiled in some of the most chaotic scenes of the battle. Smaller craft such as Sparrowhawk were armed with torpedoes but were acutely vulnerable to attack from larger ships. Below deck 37 year old Lieutenant Coopper was about to experience the longest night of his life. A half-flotilla of destroyers, including Sparrowhawk and led by HMS Broke vowed to take the fight to the Germans in the darkness. They had some success, sinking two light cruisers and a pre-dreadnought battleship. Broke however was detected by German battleship SMS Westfalen and came under heavy fire. Lit up by searchlights and shells Broke's helmsman was killed at the wheel. Slumping lifelessly over it he jammed hard to port and set the destroyer on a collision course with Sparrowhawk that neither ship could avoid. 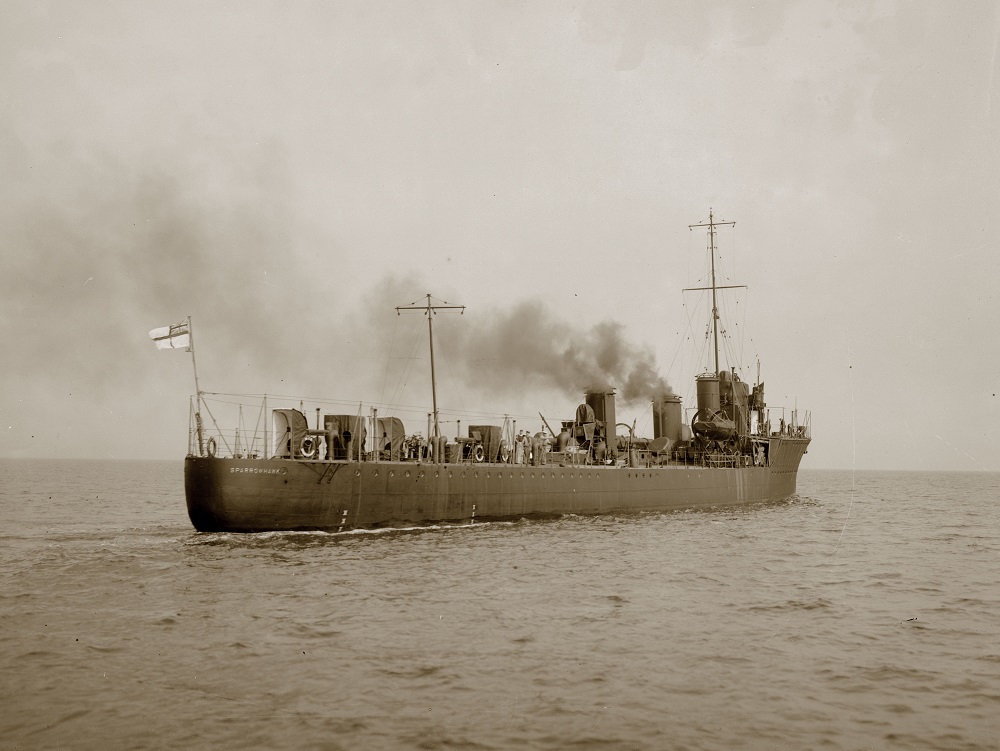 Broke collided with Sparrowhawk 'end-on' at 28 knots. The collision threw several men from the bridge of the latter ship onto the deck of the other and the resultant chaos is expressed in reports that both captains, believing their ship to be sinking, ordered their men to abandon one for the other. To make matters worse, a third British destroyer HMS Contest then ploughed into Sparrowhawk's aft. Contest at least was unharmed and most of the Sparrowhawk's men evacuated to the Broke. Broke was eventually prised free and as the ships moved clear, the full extent of the damage to Sparrowhawk was revealed. She had lost a large section of her stern due to the impact of Contest and her aft was hanging on by a single plate leaving her in danger of imminent sinking. Contest had also jammed Sparrowhawk's rudder hard over and although Coopper's engine room had kept her engines working she would only turn in small uncontrollable arcs. Despite her dire predicament her captain and a small contingent of men, including Coopper, remained on board. Nearby another destroyer, HMS Tipperary, was immobilised and on fire, the flames lighting up the night sky and attracting unwanted enemy attention. The last thing Sparrowhawk needed now was close attention from German ships or submarines. 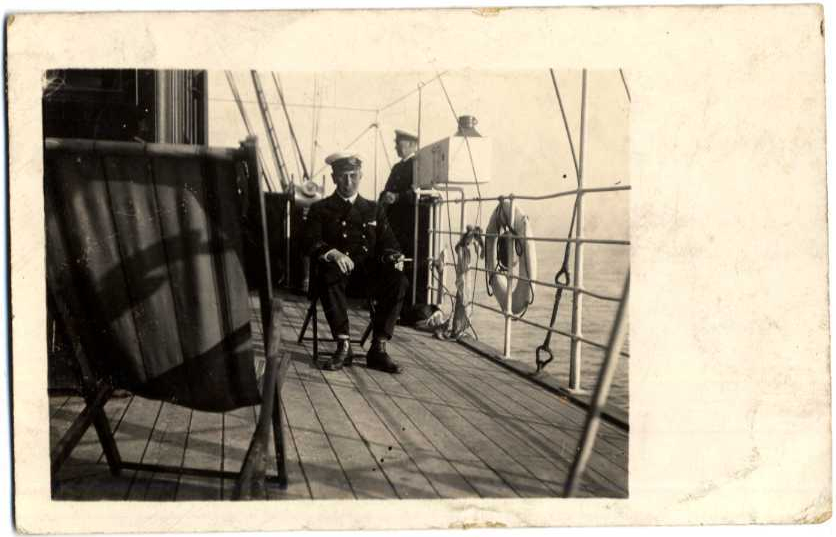 All was calm until 2.00am when the unmistakable shape of a German destroyer approached to within 100 yards of their position. To the men's relief she left them alone, perhaps deciding that both Sparrowhawk and the burning Tipperary were as good as sunk. If so they were not far wrong, shortly afterwards Tipperary did indeed sink leaving the stricken Sparrowhawk alone in the dark. The first lifting of the gloom began just after 3.00am and with no information about how the battle had gone the wrecked destroyer would be at the mercy of the first ship that came their way. They did not have long to wait. At 3.30am out of the morning mists emerged the looming hulk of a German cruiser, the SMS Elbing. Elbing had ten guns to the immobilised Sparrowhawk's one. With stony faces the remaining men began bringing up the last of the ammunition from the magazine in advance of one final, hopeless defence. There was no hope of success and understandably the men's conversation turned to contemplation of the afterlife, but before they could bring the gun to bear, as if in answer to their prayers, the crippled Elding gently heeled to one side, settled forward, stood on her head and sank beneath the grey waves. Sub-Lieutenant Wood described the encounter thus:

Eventually Coopper, his crew and a handful of survivors from the Tipperary were found and brought on board HMS Marksman. The astonishing story of the Sparrowhawk was later recalled in print by several officers. Coopper himself was mentioned in despatches. His engineers had kept the creaking hull of the Sparrowhawk afloat long enough for the ship's crew to be rescued. As for Sparrowhawk, she found her final resting place on the bottom of the North Sea later that morning. Sydney Coopper the Player

'Who will ever forget S.F Coopper…' D.R Gent

In the above quote England scrum half Dai Gent goes on to describe Sydney Frank Coopper's unique ability to wait for an opposing tackler to dive for his legs before leaping over the top of him, a skill he put to good use, scoring two tries in seven international appearances. Born in Hoo in 1878, Sydney Coopper entered the Royal Naval Engineering College at Keyham before turning out for Blackheath, the Barbarians and Devon. He was first selected for England on the wing, against Wales in 1900. In 1902 he scored against Ireland in a narrow victory at Welford Road in a side that also featured John Raphael and Harry Alexander. Coopper didn't feature again for England until 1905 but scored his second international try that year in the final minute of the game against Ireland at Mardyke in Cork. After the war Coopper remained with the Royal Navy until 1924. In October of that year he accepted the position of secretary with the Rugby Football Union and remained in post at Twickenham for over 20 years. His retirement was postponed in 1939 with the outbreak of war and it fell on Coopper to keep the home fires burning at HQ until 1947.

Having done his duty in two world wars, he passed away in 1961 at the age of 82. About the Author - Phil McGowan is Curator at the World Rugby Museum. This article is an extract from his book 'Doing their Duty: How England's Rugby Footballers Helped Win the First World War'.