Reginald Oscar Schwarz, who was born in Lee in South London, is perhaps better known as a South African test cricketer than as an England rugby international. His father Robert was a merchant who had been born in Germany, but had become a naturalized British citizen, and his mother Florence came from an industrial background in north-east England. As well as Reginald, they had a son Robert, and a daughter Elsa. 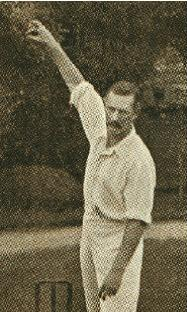 Reginald went to St Paul's School, and then on to Christ's College Cambridge, but did not complete his studies. He did however play rugby, gaining a blue in 1893, and subsequently playing for Old Paulines, and for six seasons with Richmond, being captain in 1899-1900. During this time he represented Middlesex and played for the Barbarians. His three England caps came at fly half in 1899 (v S) and 1901 (v I & W), but he was on the losing side on each occasion. Greater fortune came his way at cricket which he had played at school, being four years in the 1st XI, and also at Cambridge (no blue) and for Oxfordshire and Middlesex. But when, in about 1903, he went to work on the Johannesburg railway, he played for Transvaal and then in 20 test matches for South Africa. Whilst there, he also became secretary to Sir Abe Bailey (gold mine owner and politician in South Africa, and instigator of the formation of the Imperial Cricket Conference (ICC)). Reggie played in four series against England between 1905 and 1912, and was a leading exponent of the googly or "Bosie" (after its inventor Bernard Bosanquet). In all he took 55 test wickets at an average of just over 25, and such was his skill that he was named a Wisden Cricketer of the Year in 1908, as Bosanquet had been three years earlier. Less proficient as a batsman, he has the dubious distinction of being the only player in test match history to be dismissed off the bowling of England's master batsman Jack Hobbs. At the outbreak of the war he joined the South African army and served in German South-West Africa. By early 1916 though he was in France with the 6th Battalion King's Royal Rifles as Deputy Assistant Quartermaster General (DAQMG) for the 47th (London) Division. He served with the division for a year and was awarded the Military Cross. He then served in a number of posts commanding labour companies but, with increasing poor health, was transferred to the salvage corps in early 1918. Seven days after the Armistice he died of pneumonia after contracting Spanish Flu. 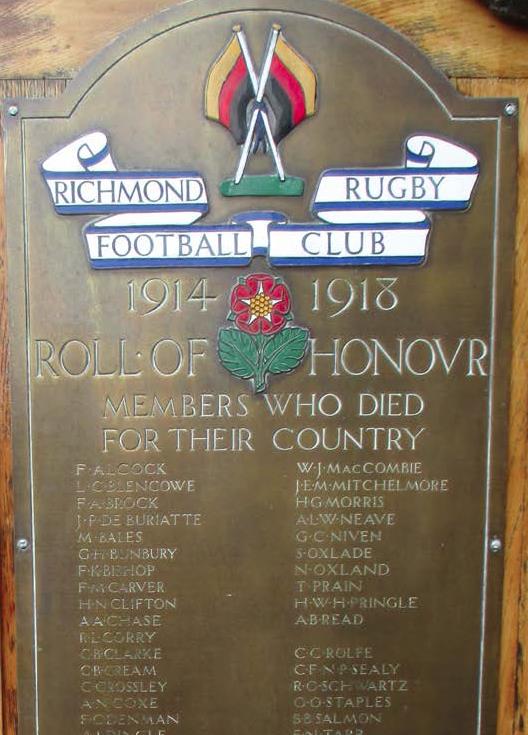 Major REGINALD OSCAR SCHWARZ MC is buried Etaples Military Cemetery (Grave XLV A 4). He is also remembered by Richmond FC, at the London Stock Exchange, of which he was a member, and on three separate memorials in the pavilion at Lord's (MCC, Middlesex CCC and Incogniti). He did not marry.