Aidan Taylor shares his research on Scotland International, Graham Budge… When researching capped players for my local magazine (East Lothian Life) I discovered that some had served King and Country, others played for the British Lions. But only one combined both. The name Graham Budge isn't well known even in the Scottish rugby community but for a brief spell he stood out as one of the best tighthead props in the game after the war. The surname comes from a great-grandfather who came from the Orkneys and settled in Leith, Edinburgh possibly in the 1840s. Descendants farmed in Berwickshire and Graham's father Walter decided to leave the farm near Duns to sail to the new world, spending the period 1911-14 farming in Manitoba, Canada. This classic prairie country is central to the Canadian immigration story as families headed west to try out a new life in the unforgiving bare land. Summers were hot and winters unbearably harsh; Walter married a local girl half his age with County Durham roots and in November 1920, Graham Morris Budge was born, the eldest of three sons. Home was the remote township of Hamiota which, like so many others, grew up near the railroad in this case north-west of the major town Brandon. He played ice hockey, baseball and apparently never lost his accent which must have been interesting when in a Scottish jersey. The family left in late 1930 and lived in the village of Reston, Berwickshire. Schooled at Burnmouth Primary and Dunbar Grammar (a football school), Graham took up rugby at 15, beginning with the local team Dunbar RFC (still going in the SRU's East 2 league). The family were poultry farmers at Thorntonloch, now partly covered by Torness nuclear power station, and Graham was always called the Thorntonloch farmer in newspaper reports. When WW2 broke out he was a GPO Engineer - perhaps a reserved occupation - but at 22 decided the Black Watch was for him and applied for an Emergency Commission in one of the Army's most feared regiments. Joining the 6th (TA) Battalion in the summer of 1943 he was thrust straight into North Africa. Arriving after the Tunisia campaign he trained in amphibious landings in Egypt and squeezed in an appearance for Western Command rugby who beat North Wales in Llandudno. He returned and sailed to Naples and Monte Cassino, a location worthy of Great War infamousy where the town and abbey had been flattened. The battalion's fatality rate was one in six and in the advance to Rome hand to hand fighting, town by town, was needed. By now Acting Captain, he and his men were sent to quell a potential civil war in Greece before the battalion was disbanded in June 1946. Graham spent the next three years in BAOR doing staff jobs including PTI with 16th Para Brigade and time in London. His corner of Germany was also heavily involved in the Berlin Airlift.

During 1945 he attracted the attention of rugby authorities, helping to organise (and no doubt playing in) matches with the 8th Army (fighting Kiwis) and the 6th South African Armoured Division. His fellow organiser was Captain Robin Prescott who, as a Harlequin, had played for England pre-war. There were also matches for the Army v RAF in Naples and Central Mediterranean Forces (one of many games for them) v 2nd New Zealand Division in Florence. He also represented the Army at Bristol and Murrayfield (vs Rest of Scotland). Leaving the Army in 1949 ambitions for a Scottish cap were restricted in a country where FP (Former Pupil) status meant all unless one was a Borderer. There were few opportunities; the best was joining Edinburgh Wanderers, a regular supplier of capped players, and who played on the back pitches at Murrayfield. His experience with Dunbar and Army rugby now helped - after just 12 games (at most) he was called up for the unofficial trial, the Inter-City Glasgow v Edinburgh match held in Glasgow each December. At Old Anniesland the visitors won 8-0 and two national trials followed. Graham was in the 'home' team which lost both games but it didn't affect his chances and in the 1950 Five Nations he played all four times. Headlines were made when the Scots made a winning start against France. With seven debutants the hosts won 8-5 with Graham scoring the second try. Following defeats in Cardiff and Dublin the Calcutta Cup was won 13-11. After the Wales game Graham was announced in the Lions squad to tour New Zealand and Australia that summer and by season's end had become a Barbarian in the East Midlands match at Franklin's Gardens. 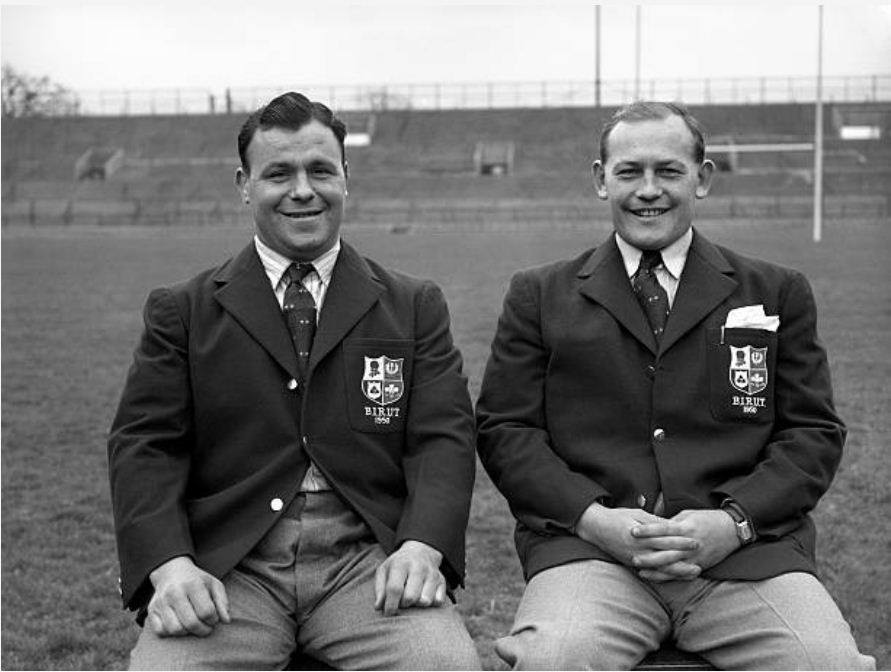 The Lions tour was the first down under for twenty years and Graham played in 14 games including the last heroic test (11-8 to the All Blacks at Eden Park). The last Lions to travel by sea and the first to wear the red jersey, Graham was in the tour opener at historic Nelson. They remain popular visitors to this day and only suffered two mid-week defeats early in the tour. After six months away the party returned but Graham caught several bouts of flu thus reducing his fitness and effectiveness. A debut for the Co-Optimists (first of four that season) was followed by all three trials but despite winning twice was only a travelling reserve to Paris. His last act in Scottish rugby was to help Wanderers make the semi-finals of Jedforest Sevens before a new life beckoned in Canada in the late summer of 1951. He then became a successful Realtor (real estate dealer) and played for British Columbia (BC) against the touring All Blacks, a combined Oxford/Cambridge University side and at the age of 36 the Barbarians. In 1954 he also toured California with the Canadian All-Stars and represented California on their tour of New Zealand! Playing a major role in Canadian rugby (he was BC President for two years in the 1960s), there were tours to organise such as Canada to the UK (1962), BC to Japan (1970) and several incoming ones. The highlights of these were the visits of Australia, Japan, New Zealand, Wales and Scotland. Even the Lions stopped over a couple of times. 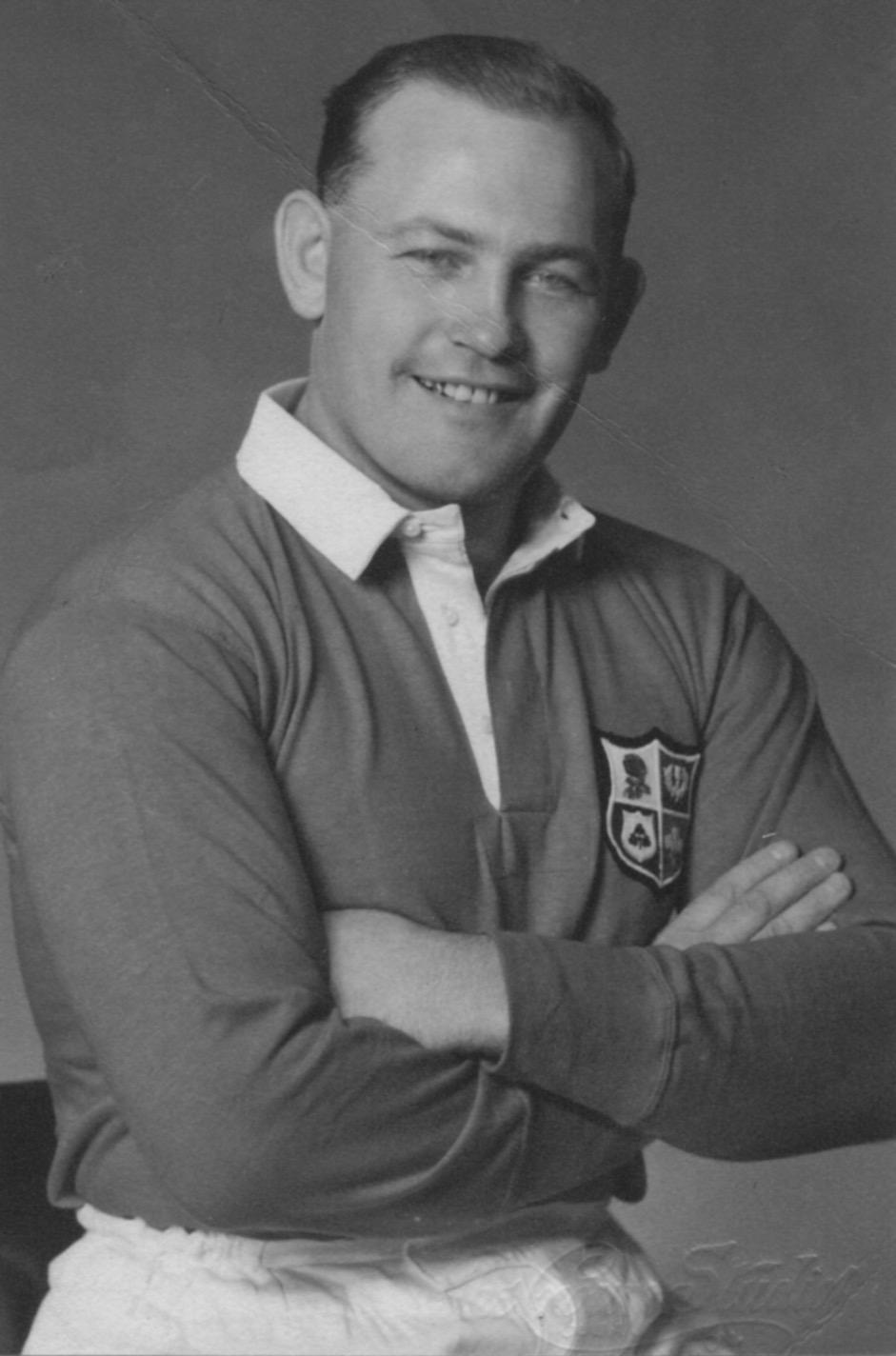 In demand from local clubs upon arrival, he joined Vancouver Rowing Club at picturesque Brockton Oval and at 51 set up an over-40s team that toured the USA, Japan and other countries. Later called The Evergreens, they are still playing today. At one such training session he sadly died with ball in hand just a week after his 59th birthday. The tree planted in his honour is a good size now. Graham was an achiever; President of the Real Estate Board of Vancouver he was also the Bowen Island rep on the Greater Vancouver Regional District Board for two years and evidently a major figure in Vancouver social circles. If that wasn't enough he was also a musician and singer with dance bands. The clarinet - which had lain dormant since WW2 - was also dusted off as well as a saxophone. Dates were booked up to Spring 1980. He was also a keen on basketball in his Dunbar days and liked wrestling with a view to the 1952 British Olympic team. Graham Budge must have been a fearless and demanding competitor, as befits someone that commanded Black Watch soldiers and survived the hell of Monte Cassino. In an era when forwards did what forwards did, and backs ran with the ball, his mobility and try-scoring were often commented upon decades before others did the same. Scrums and rucks were often a case of 'look after yourself'. At 17 stone he was big for the era but I think would have held his own in the modern era. His solidity was perfect for the coalface and he had a positive effect. Wanderers for instance only won 14 times the season before his arrival. With him in the front row that increased to 22 but after the Lions tour and bouts of flu (he missed much of the autumn) victories were down to 13, and points scored on average were down by four per game. Without the advantages of education at a fee-paying school earning a trial and cap was hard-won and done off his own back. He didn't have the right accent or school tie in an era when that was vital, but instead was a heavyweight war veteran that must have tackled like thunder, useful in the 'anything goes' world of New Zealand rucking for instance. He was a typical character of his time, who served in the war and got on with things afterwards. Definitely one to have on your side, not against.

About the Author - Aidan Taylor lives in Dunbar and is married, with one child. His rugby passions are anything Cornish and Scottish history and his rugby library consists of mainly Scottish books and books/programmes involving the Cornwall team. He is a member of the Edinburgh Referee Society. After 18 years in HM Forces he is now a childminder. Images supplied by author.