In 2015 I came to Europe on a grave-photographing mission , hunting Olympic gold medalists in Finland, soldiers who died in WWI who had won the VC or distinguished themselves otherwise in Belgium/Northern France, and a potpourri of cricketers, VCs, sportsmen and NZ PMs in Britain. Why would a person fly across the globe to walk around cemeteries with a camera? I have been asked this question by many people, and have asked it of myself as many times, and I still don't know the answer. I abhor the celebrity culture of today, where the comings and goings of David Beckham and Paris Hilton are flashed around the world while we show increasing indifference to war and refugees, but there is an indefinable something about standing at the grave of a VC or an Olympic gold medalist that connects with me. 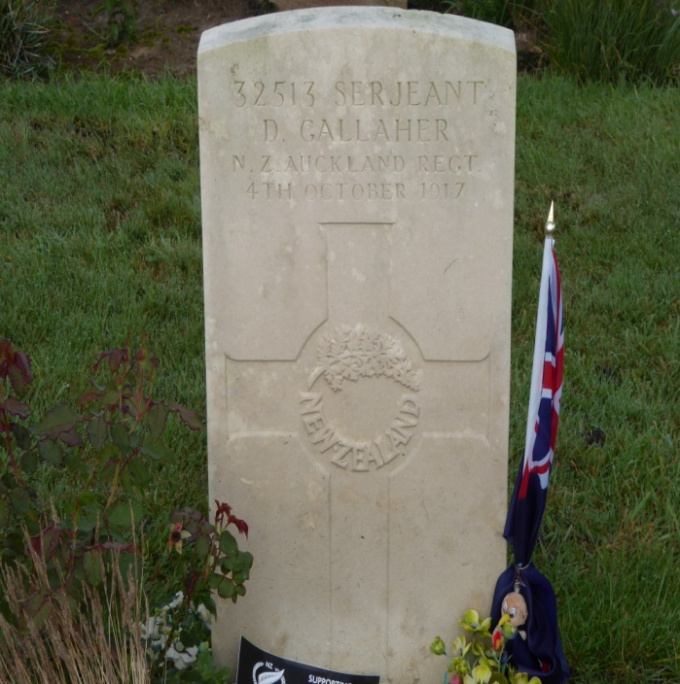 Being a New Zealander, rugby has always played a large part in my life so it was natural that amidst the VCs and gold medals I would track down rugby internationals who died in WWI or were buried in Britain. So one of my first visits was to Nine Elms Cemetery in Poperinghe, where the great Dave Gallaher is buried. He had fought in the Anglo/Boer War then led the Original All Blacks to Britain in 1905. Then with a family of his own he signed up for WWI and died at Passchendaele, at the age of 43. 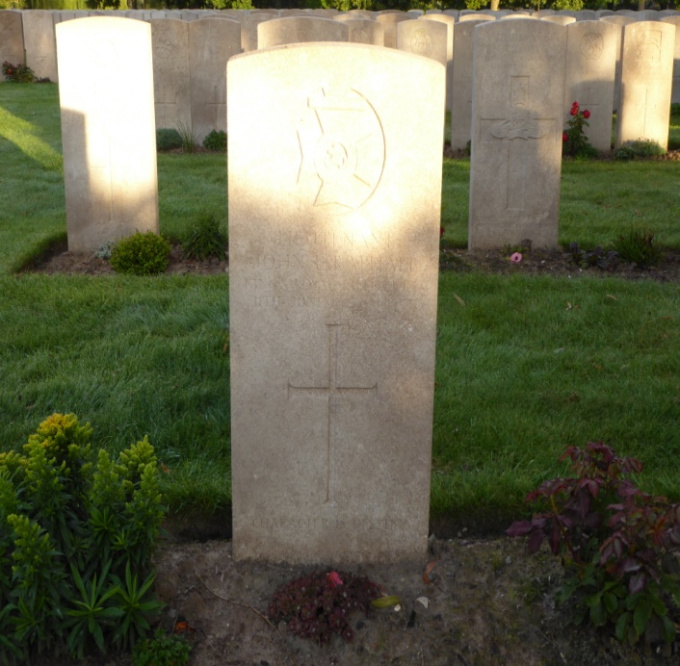 Not far away from Dave Gallaher's grave is that of John Raphael, in Lijssenthoek Military Cemetery along with George Dobbs, Fred Tubb VC, and Ronald Sanderson (Olympic gold medalist 1908). Raphael had a glittering career ahead of him, as a barrister and son of a multi-millionaire, and with achievements already of captaining Surrey CCC, playing 9 rugby Tests for England and leading a British rugby team to Argentina. He even played against the 1905 All Blacks. 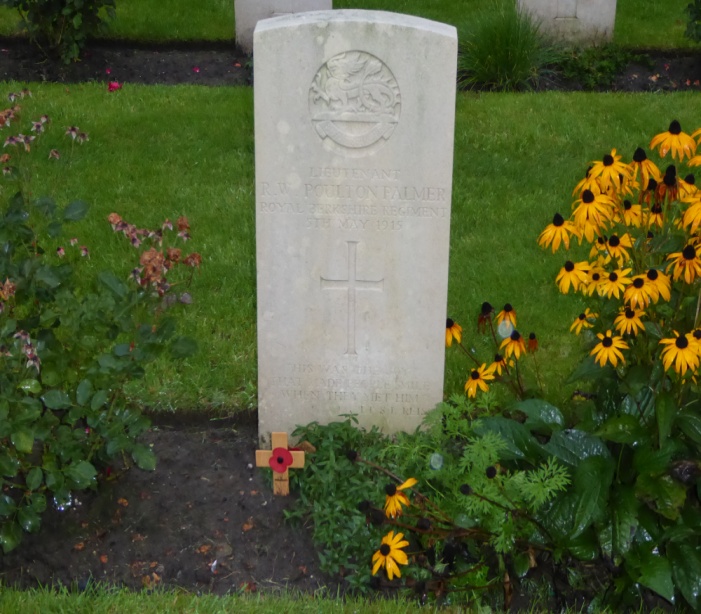 Elsewhere in the killing fields of Belgium and Northern France I visited the graves of Alexander Todd, a British Lion to South Africa in 1896 and English international in 1900; Reg Hands, who played cricket for South Africa and rugby for England; and Wyndham Hallswelle, who won a controversial gold medal for Britain in the 1908 400m. But there were two others I was particularly happy to get to: Ronald Poulton Palmer and Anthony Wilding. Poulton Palmer, the prince of rugby centres. He captained England in the 1913/14 season to a grand slam, and scored 4 tries against France in the last international before war, cut down by a sniper's bullet in Plug Street. Wilding, a tennis champion who won "grand slam" singles and doubles titles; 4 Davis Cups with Australasia; and in 1913 won world championships on clay, grass and indoor; and also was a first class cricketer. Killed at Neuve Chapelle when a shell exploded on the roof of his dug-out. Such incredible potential, cut off at the knee. 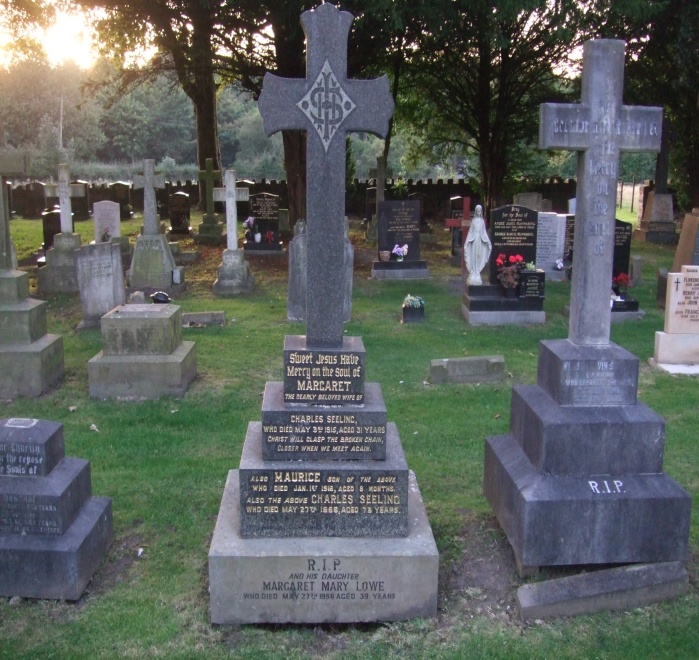 Then I crossed the Channel, with a programme of hundreds of graves to visit and 4 weeks to do it all in. Rugby took mostly a back seat as I traversed Britain, seeking and finding VCs and English cricketers all over the shop, but there were two graves that I was especially happy to get to, and they were those of Bronco Seeling and George Smith. Both tourists with the 1905 All Blacks, they later switched to rugby league and remained in England after their sporting careers ended. I have managed to photograph many All Black graves in New Zealand, including most of the 1905 team, but the graves of Seeling and Smith seemed remote and unattainable. That was until the angels of England stepped in to help me. Out of the blue a contact in Lancashire found where Seeling was buried in Wigan, then a little more digging found Smith's grave in Oldham. 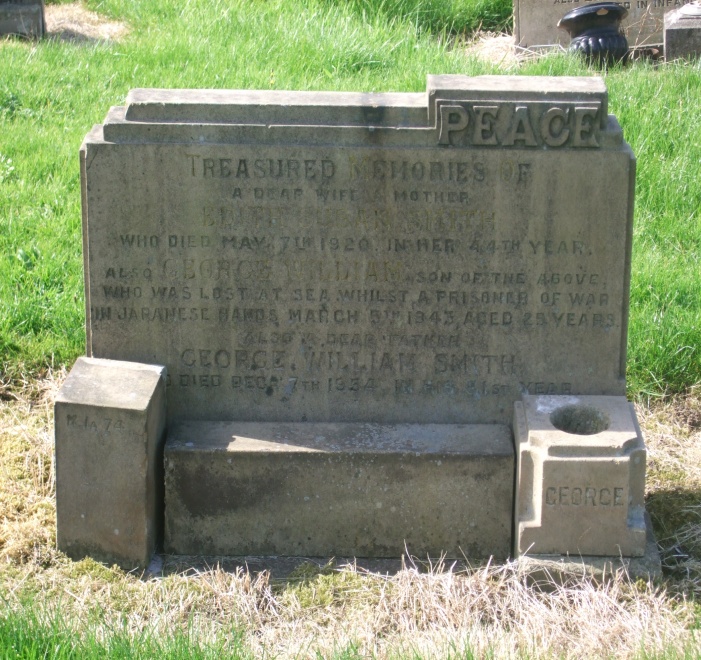 The leads that I received in finding the graves of Seeling and Smith were just two examples of the amazing assistance given to me on so many instances as I traveled around Europe and Britain. We colonials tend to see the English particularly as standoffish and aloof, but I will never let that be said in my presence again. I have never had so many strangers give so freely of their time to help me, with a smile on their face. And to top it all the weather was great, and the All Blacks won the World Cup soon after my return. What more could a man want?

About the Author - Tim Reynolds saw his first rugby Test at Athletic Park in Wellington in 1959, when Don Clarke robbed the Lions for the second Test running with a try in the last few minutes. He saw little of the try as the crowd leapt to its feet and blocked the schoolboy's view, but the sea of cushions passing overhead from delighted fans remains as vivid a sight as it was then. Initially a collector of All Black autographs, Tim now travels around the world when it is possible to photograph the graves of the great, be they sporting or otherwise. He lives with his wife and son in Melbourne, and if any reader finds themself there with a few hours to kill he would love to show them the delights of Melbourne General Cemetery.