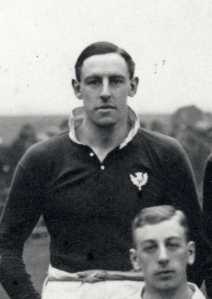 On the 14th September 1914 Scotland's Ronald Francis Simson became the first home -nations international rugby player to be killed in action during the Great War. Born in Edinburgh, Simson was a tall running Centre who played with distinction for London Scottish, the Army and the United Services. In 1911 he earned his international call-up, scoring a try against England on his debut. 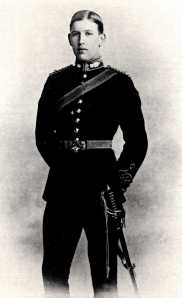 As a professional soldier, he was amongst the first division to set sail for France in 1914. A lieutenant with the Royal Field Artillery, he was killed by shell-fire during the First Battle of the Aisne. He was aged 24. During the course of the War Scotland lost a total of 31 international players, including 5 captains, more than any other country involved in the conflict.