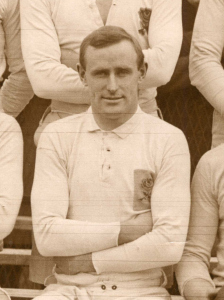 Ronald William Poulton (later unofficially known as Poulton Palmer) was, by general acclaim, the most celebrated rugby player of his day. He was born in Headington, Oxford, one of five children of pro-Darwinian Professor, Sir Edward Bagnall Poulton and his wife Emily.

Poulton is often described as having had a 'swerving running style', when in his own words, he ran straight and trusted his swinging arms and hips to ensure that opponents would swerve out of his way. Either way he made waves as a young rugby player and entertained all who saw him play.

He was first selected for England in 1909 at the age of 19. Later that year he scored a record five tries in the Varsity Match for Oxford University, before featuring for Harlequins in the first game to be played at Twickenham. A protege of Adrian Stoop he then helped his club captain secure England's first outright championship victory for eighteen years.

By 1913 he had developed into one of the most dangerous outside centres in world rugby and was a stand out performer in a campaign that delivered England her first Grand Slam.

1914 however was to be Poulton's season. Now captain, he put in three straight man-of-the-match performances to deliver England a Triple Crown. In his final game he contributed four of England's nine tries against France to secure a second consecutive Grand Slam.

An Oxford Blue and a Harlequin, Poulton was traditional in one sense but a modernist in others. He argued in favour of broken time payments for rugby players and decried the conditions of the working poor, volunteering much of his free time to lads clubs in Manchester and Reading. 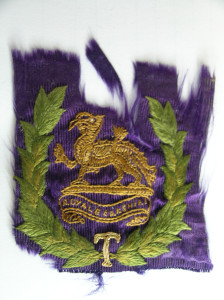 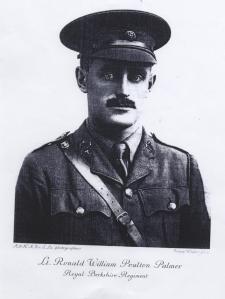 Later that year Poulton enlisted with the Royal Berkshire Regiment. He did not hesitate to enlist but privately regretted that civilized nations had embraced the folly of war.

In his letters home he expressed his dissatisfaction that peaceful solutions had been neither tested nor embraced, writing, in November 1914, that 'international socialism could stop the war, and that alone'.

Amongst his last words were a lament that he 'would never play at Twickenham again'.