Across this blog and other social media channels, the World Rugby Museum has commemorated every international rugby player to fall during the First World War. Today is the final entry in the 'Lest We Forget' series. With thanks to all those who have contributed articles over the past 4 years. 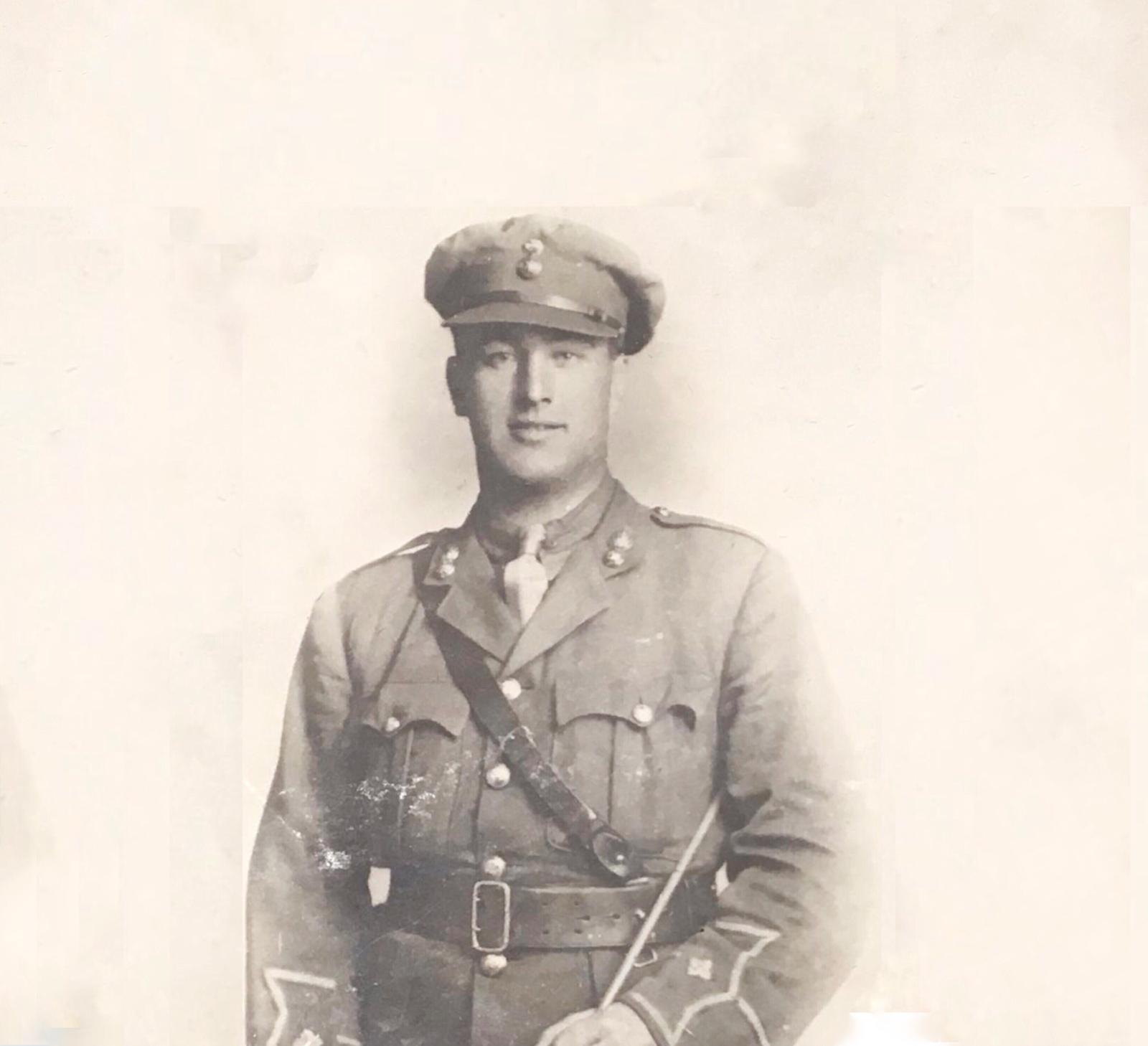 By the end of October 1918, Fred Perrett had been on active service on the Western Front for three years and, having already been twice wounded, he may well have felt that he had done his bit. For three months now, the German army had been on the retreat and rumours of a ceasefire were spreading. Tragically, however, only a week before the Armistice was signed, Fred was to be caught up in the last major British offensive of the war, the Battle of the Sambre.

Fred was born in 1891 in Briton Ferry, a small industrial town on the River Neath in south Wales. His father was a ship's pilot and when Fred grew up he took a job as a steelworker. When he was nineteen, he joined Briton Ferry RFC as a forward, but before the end of the season he was invited to play for Aberavon. He was a well-built and vigorous player who,despite his youth, was often described as the best forward on the field.

At the beginning of 1912-13, he then switched to his third club in three seasons. At Neath RFC, his rapid trajectory to the top of the game continued. Only a few weeks after arriving at the Gnoll, he was selected to play for Glamorgan County; then for the Whites v the Stripes in the Welsh trial; and finally for Wales. He was still only twenty-one.

His first appearance for Wales took place in December 1912 against the touring Springboks, a game which ended in an agonisingly close 3-0 defeat. Also making their debuts for Wales that day in Cardiff were Billy Geen and Horace Wyndham Thomas, who were also destined to become victims of the war. Fred retained his place in the Welsh pack for the rest of the season, taking part in the victories over Scotland, France and Ireland, although he was on the losing side against England who went on to win their first Grand Slam.

It had been an extra-ordinary season for Fred. Having made such an impact as a resolute tackler and a hard grafter in the scrums, it was widely expected that he would continue to be a regular choice for Wales. However, personal circumstances now intervened to interrupt his blossoming Welsh career. Fred had previously rejected offers to become a professional from several Northern Union clubs, including Leeds. However, when in May 1913 he found himself out of work, he was unable to resist the new and generous terms offered by Leeds. It was claimed in the Welsh press that his signing-on fee was the largest ever paid to a forward up to that time.

It seems that initially he took a little time to adjust to the new game at Leeds. So towards the end of the 1913-14 season, he was transferred to Hull FC, where he was therefore under contract when war broke out in August 1914. Described as tall and heavily built and a teetotaller and non-smoker, Fred made a good impression at Hull. His form there was much improved and he was praised for his all-round skills in scrummaging, loose play and vigorous tacking. One of his team-mates at his new club was Jack Harrison, who was killed in action in 1917 and posthumously awarded the Victoria Cross. In June 1915, the Northern Union announced that all normal competitions would henceforth cease for the duration of the war and that clubs should stop the payment of wages to players. Fred was therefore now free to join up. Leaving his supplementary job as a plater's helper at a Hull shipyard, he enlisted in the Welsh Guards in July 1915. 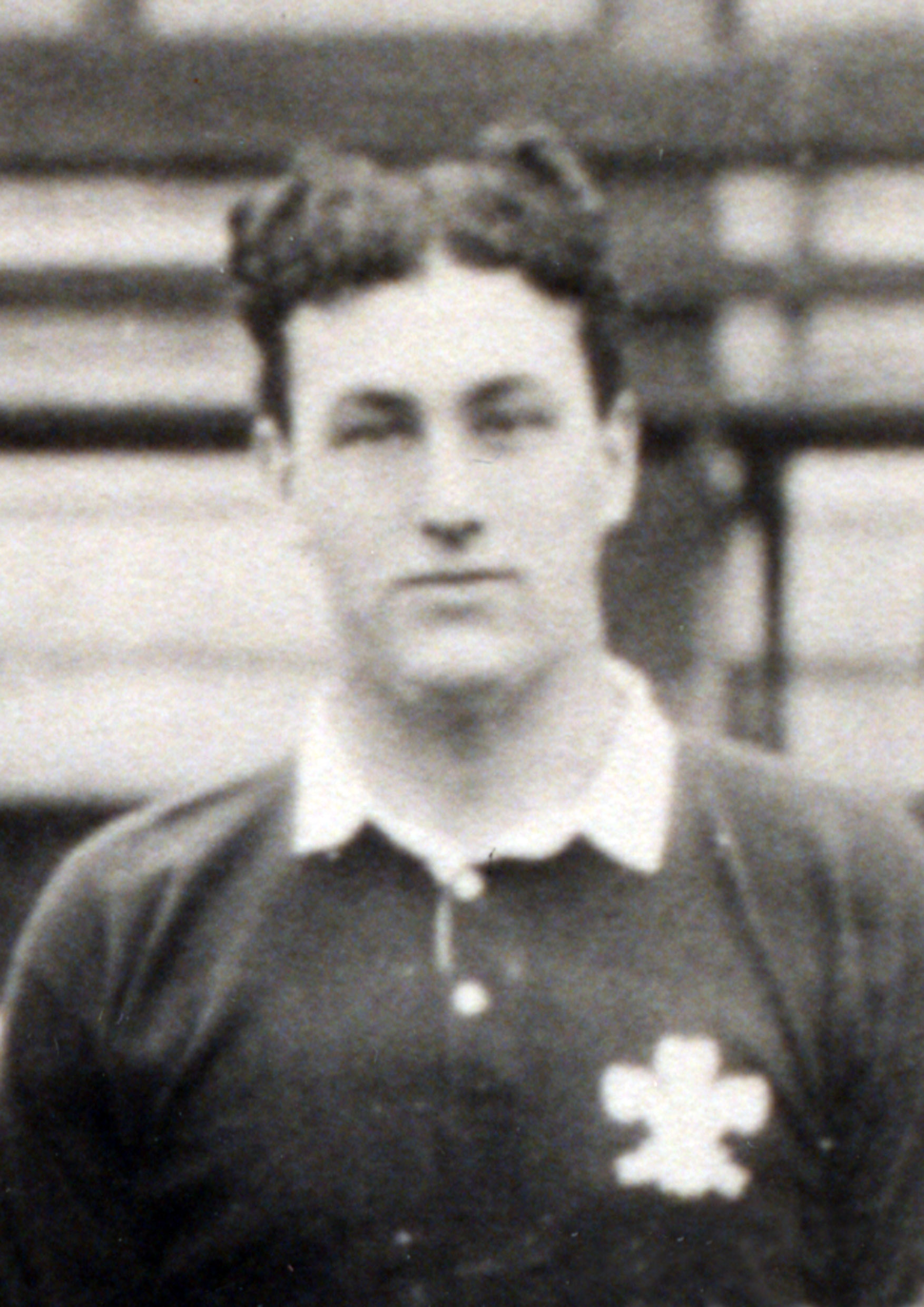 Fred fought with the 1st Battalion Welsh Guards in the Ypres Salient and on the Somme in 1916, often experiencing bitter hand-to-hand fighting. Impressed with his conduct, his commanding officer recommended him for officer training. When Fred made his formal application for a commission, he gave his occupation as "professional football". Commissioned as a second lieutenant, Fred joined the 17th Battalion Royal Welsh Fusiliers, 38th (Welsh) Division, at Armentières in October 1917.

Despite his new responsibilities, there were still occasional opportunities for rugby at the front. The highlight of these games for Fred though would surely have been when he took part in the Welsh Division's well deserved 13 points to 9 victory over the New Zealand Division.

Sadly, however, he was wounded in late April 1918 and again in early October. He had been back at the front only a matter of days when the Welsh Division received orders for the assault on the Forêt de Mormal, near the River Sambre. This formidable obstacle was the largest wood in this part of France. The attack took place on the 4th November, the same day that the war poet Wilfred Owen was killed, at the nearby village of Ors.

The Welsh Division successfully cleared the enemy out of the wood. Their initial advance involved the 17th Royal Welsh Fusiliers who took all their objectives. However, in doing so, they suffered over fifty casualties and Fred Perrett was severely wounded as he led his men under heavy German machine-gun fire. He was evacuated to a casualty clearing station and then taken to a Red Cross Hospital at Boulogne. Tragically, however, his condition deteriorated and he succumbed to a secondary haemorrhage just three weeks after the Armistice on the 1st December 1918. He left a widow and two sons.

Fred Perrett is buried in the Terlincthun British Cemetery at Wimille, near Boulogne.