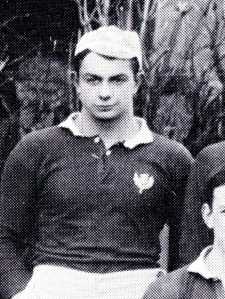 Triple-Triple Crown winner, hardest man ever to play for Scotland, horse-wrestling captain of the British Lions, heavyweight boxing champion, pioneer of the wing-forward role, jackaroo and surgeon in the Royal Navy. David Bedell Sivright was a man of many parts, and most of those parts relished physical confrontation. Many stories attach themselves to Bedell Sivright, and fact may be hard to distinguish from fiction, but he was unquestionably one of the outstanding players of his day. He remains the only person to have won three Triple Crowns with Scotland. He captained both his national side and the British Lions, with whom he toured twice. 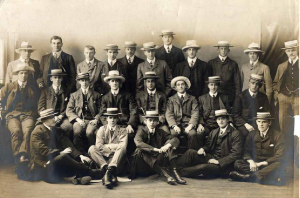 Legend states that, following an international match, Bedell Sivright held up the Edinburgh traffic while he wrestled with a cart horse, with the police not daring to intervene. It is certainly true that he ordered his Lions team to leave the field for 20 minutes while he disputed the referee's decision to send off one of his players. Bedell Sivright was serving in the Dardanelles campaign when, like war poet and fellow rugby player Rupert Brooke, he contracted septicaemia from an insect bite. He died on 5 September 1915.

This article is an extract from the World Rugby Museum special exhibition 'Lest We Forget' which recalls the sacrifices of men such as David Bedell-Sivright and others around the world who fought and died in the First World War. Please like the World Rugby Museum on facebook and follow us on twitter to receive further tributes to the international rugby players who fell in the Great War.
View latest articles Next article
Related Articles