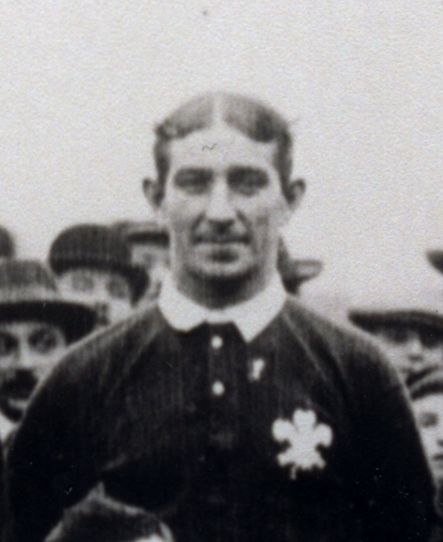 Yet another casualty of the Battle of the Somme, "Dai" Watts ̶ a tough and immensely strong forward ̶ was at the core of a formidable and powerful Welsh pack who outplayed all their international opponents in the last season before the Great War. Remembered to this day as "The Terrible Eight", they were so dominant that, for the first time ever, Wales fielded an unchanged pack in all their games. The team was led from the front by the robust Reverend Alban Davies who, despite his calling, was always in the thick of the action. Davies later served as a chaplain in the war.

Born in Cwmdu, Maesteg in 1886, Dai spent the whole of his working life as a collier. He first played club rugby for Maesteg Quins but, as his work took him around the south Wales coalfield, he played for a variety of valley clubs over the years. By 1911, he was living in Aberbargoed and playing for Rhymney in the Monmouthshire League. But in 1912, he returned home to join Maesteg and, in his first season there, they won the fiercely competitive Glamorgan League. It was his commanding contribution to this success which finally brought Dai to the attention of the Welsh selectors. Maesteg had never previously had a player capped directly from the club. That was to change. Although Dai had never played for one of the more fashionable Welsh clubs, he was included in the Welsh XV for the opening match of 1914 at Twickenham and here he proved his selection was no fluke. The English forwards were completely overwhelmed. The Times referred to Dai and his companions as "men of splendid physique in perfect training, man for man heavier and stronger (than the English). These Welshmen knew every move of forward play". The Welsh team of 1913-14 missed a Grand Slam by a sliver. Given their forward dominance, they should have won at Twickenham and were unlucky not to do so. But, against the run of play, England scored a late converted try to win 10-9. The Times summed it up: "Wales, the better team on the day, retired beaten by fate and Poulton". With a strengthened three-quarter line, however, Wales went on to win their remaining three games, including recording very comfortable victories over Scotland and France. However, it was their last international match before the war, played in Belfast, which was to become part of rugby's folklore. Described by one well-known journalist writing in 1948 as the roughest he had ever seen in sixty years, it seems that some of the forwards had squared up to each other the night before and they agreed to settle their differences during the game. According to some accounts, there were running fights between the forwards throughout the match and players were regularly taken out off the ball though, inexplicably, the referee apparently ignored all the foul play. Eventually though, the Welsh forwards got on top of their Irish counterparts and Wales went on to win by 11-3. It was following these events that Dai and his teammates were dubbed "The Terrible Eight" by the Irish. 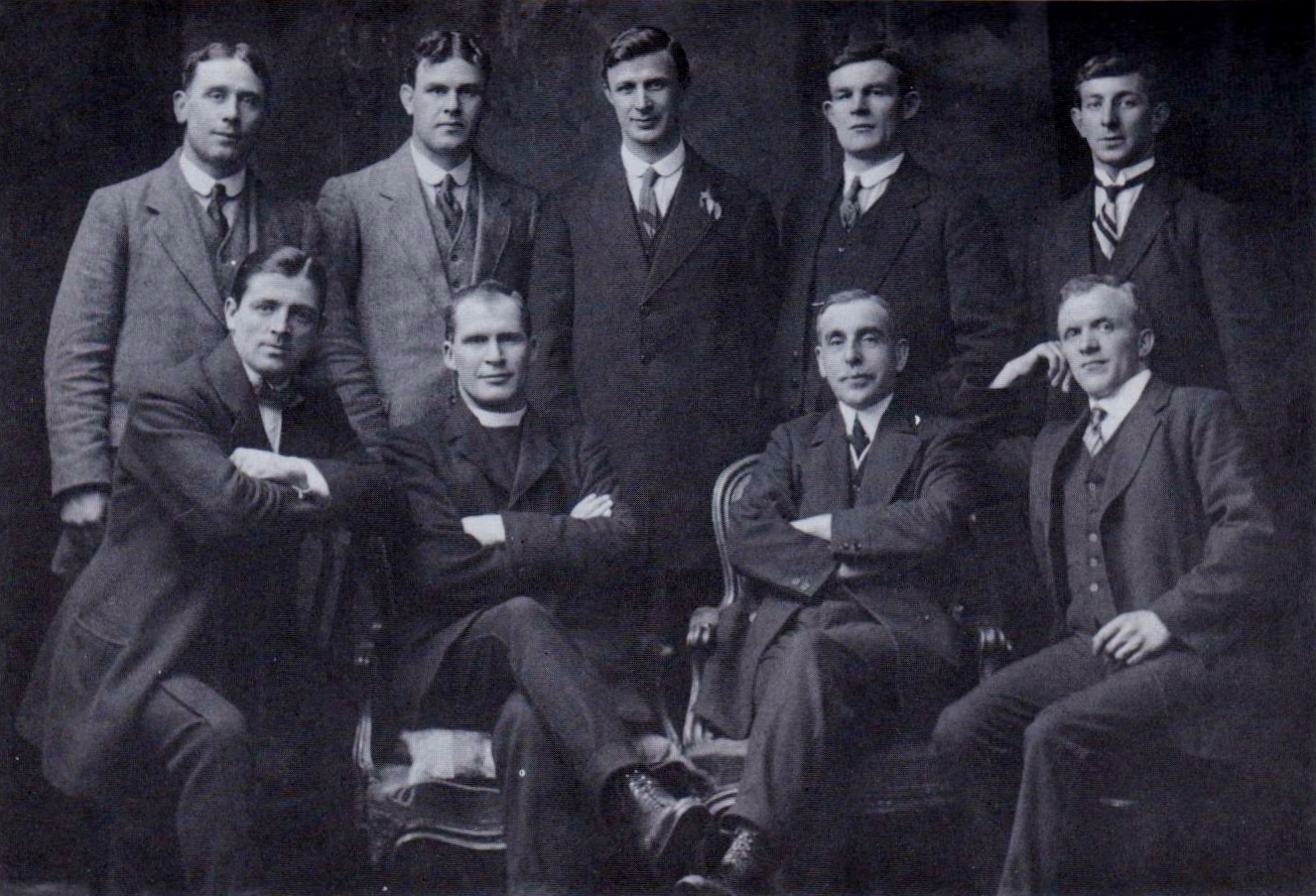 "The Terrible Eight" (plus WRU Secretary)

Dai was married with two children but, perhaps like many others who were just glad to get away from working at the coalface for "a few months", he enlisted in the 7th Battalion King's (Shropshire Light Infantry) early in the war. There was one last game of rugby for Dai before he went on active service, an unofficial match held between a Wales XV and the Barbarians at Cardiff Arms Park in April 1915 to boost recruitment. Five months later, Dai was serving on the Western Front. In July 1916 his Division was moved south to play a part in the Battle of the Somme, and they arrived near Mametz Wood on the same day that his fellow Welsh internationals Dick Thomas and Johnny Williams became casualties there. On the 14th July 1916, Dai took part in the well planned and largely successful dawn attack on Bazentin Ridge. However, the unfortunate 7th KSLI were confronted by thick belts of wire which had not been destroyed by the artillery and, as a result, many of the Shropshires were cut down by machine gun fire. With support from their flank, they did eventually get through and take the German trenches but only with great loss of life. Among the 171 men of the battalion who were killed was Dai Watts. On that day, at the Battle of Bazentin Ridge, "The Terrible Eight" were tragically reduced to seven. Corporal David Watts has no known grave and he is commemorated on the Thiepval Memorial to the Missing of the Somme.