Charles Young (Charlie) Adamson was born on 15 May 1875, the second of six children in a notable Durham sporting family. He attended Durham School between 1887 and 1895 where he was an outstanding cricketer and rugby player. After leaving school, he played his club rugby for Old Dunelmians and Durham City before making his debut for Durham County as a half back against Northumberland on 27 February 1895. 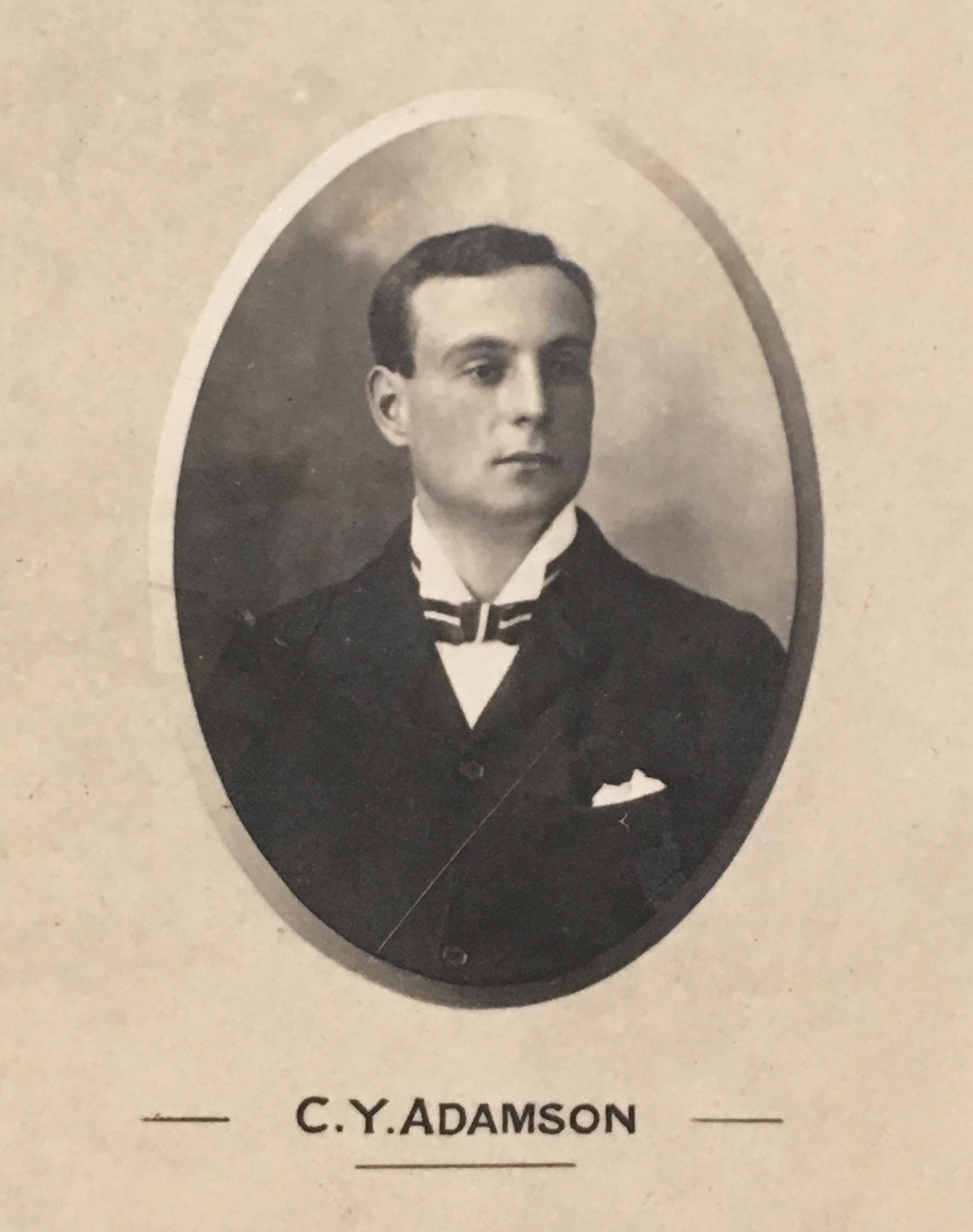 He made his first appearance for the North against the South at Bristol on 17 December 1898 and then played three times for the Barbarians against Cardiff, Newport and Exeter on their Christmas tour in December 1898. He played for the North again in February 1899 and, after a lapse of eight years, captained the North side against the South in December 1907. Curiously for such a talented player, he was on the losing side in all his matches for the North and the Barbarians. Although he never played for England, his impressive performances for the North and the Barbarians during the 1898-99 season led to his selection for the pioneering tour of a British Isles team to Australia in the summer of 1899. 21 players played 21 matches between June and August, on a tour in which 18 matches were won and 3 were lost. Charlie Adamson had an exceptional tour playing as a full back, centre and half back. He played in 20 of the matches and scored 135 points (from a team total of 333 points) including 8 tries, 35 conversions, 9 penalty goals, 2 drop goals and 2 goals from a mark. He was a first choice in the backs for each of the four test matches. In the 1st test on 24 June at the Sydney Cricket Ground, he played in the centre alongside the Welshman Gwyn Nicholls in the tourists' 3-13 defeat in Australia's first ever international match. In the remaining three tests Adamson moved from centre to play as one of the two half backs alongside George Cookson of Manchester, another player destined never to play for England. In the victorious 2nd test played on the Exhibition Ground in Brisbane, Adamson scored the second try and converted the third try. In the 3rd test, he converted the first try in the 11-3 victory and then, in the 4th test, Adamson played an outstanding match scoring a try, 2 conversions and a penalty goal in the 13-3 victory. His total of 17 points including 4 conversions in the test series was a record for Lions' tours in the 19th century. 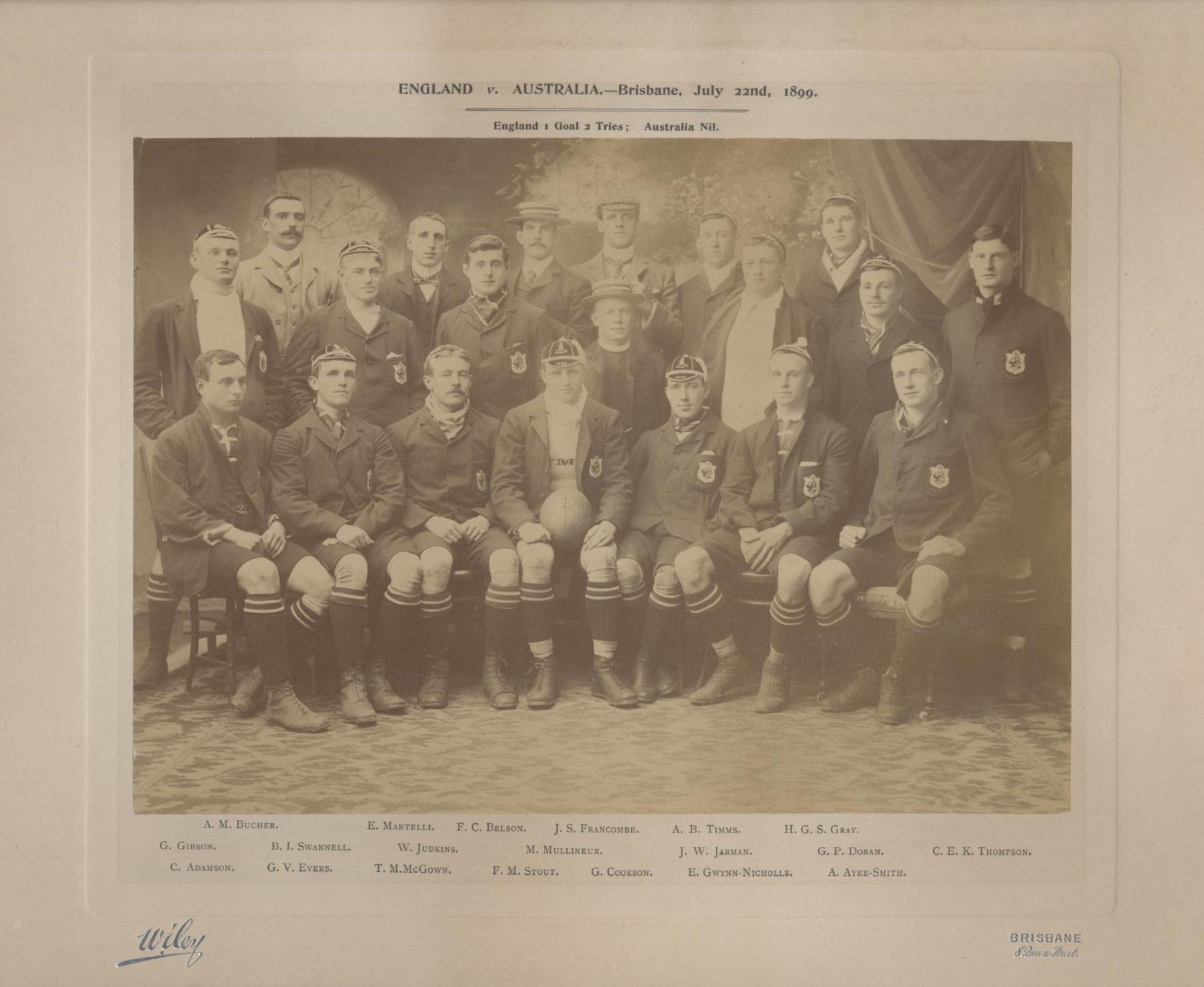 1899 British Isles team[/caption] Following the conclusion of the 1899 rugby tour, Charlie Adamson remained in Australia and played cricket for the Valley District Cricket Club and once for Queensland. He then enrolled in the Fourth Queensland Imperial Bushmen Contingent (Mounted Infantry) as a Private (no 273) and saw active military service in South Africa during the Boer War. He was promoted to Corporal on 1 June 1900 and Quartermaster Sergeant on 6 April 1901. He left South Africa for England on 5 August 1901. After demobilisation, he played for Bristol in the centre for one season in 1901-02 during which Bristol won 29 of their 37 matches and celebrated their first victory over a Cardiff team. Against Cardiff on October 5th 1901, he opposed a formidable three-quarter line which included his old British teammate Gwyn Nicholls and played an important part in Bristol's hard-earned 3-0 victory. Charlie Adamson was described in the Bristol Football Club Jubilee book of 1938 as

"A most popular personality, a fine centre, and with the exception of Mackay, the most effective kick, drop or punt the club so far had had."

His county rugby record was impressive. He played 27 matches for Durham between 1895 and 1907 in which he scored 7 tries, 30 conversions, 8 penalty goals and 2 drop goals. He was in Durham's Championship winning team against Middlesex in April 1905, played against the touring All Blacks side later that year and was on the losing side in the 1906 Final against Devon. He captained Durham in their losing final against Cornwall in 1908 in which he scored the only points, a penalty goal, in a convincing 17-3 victory for Cornwall. This was to be his final appearance for the Durham county side. 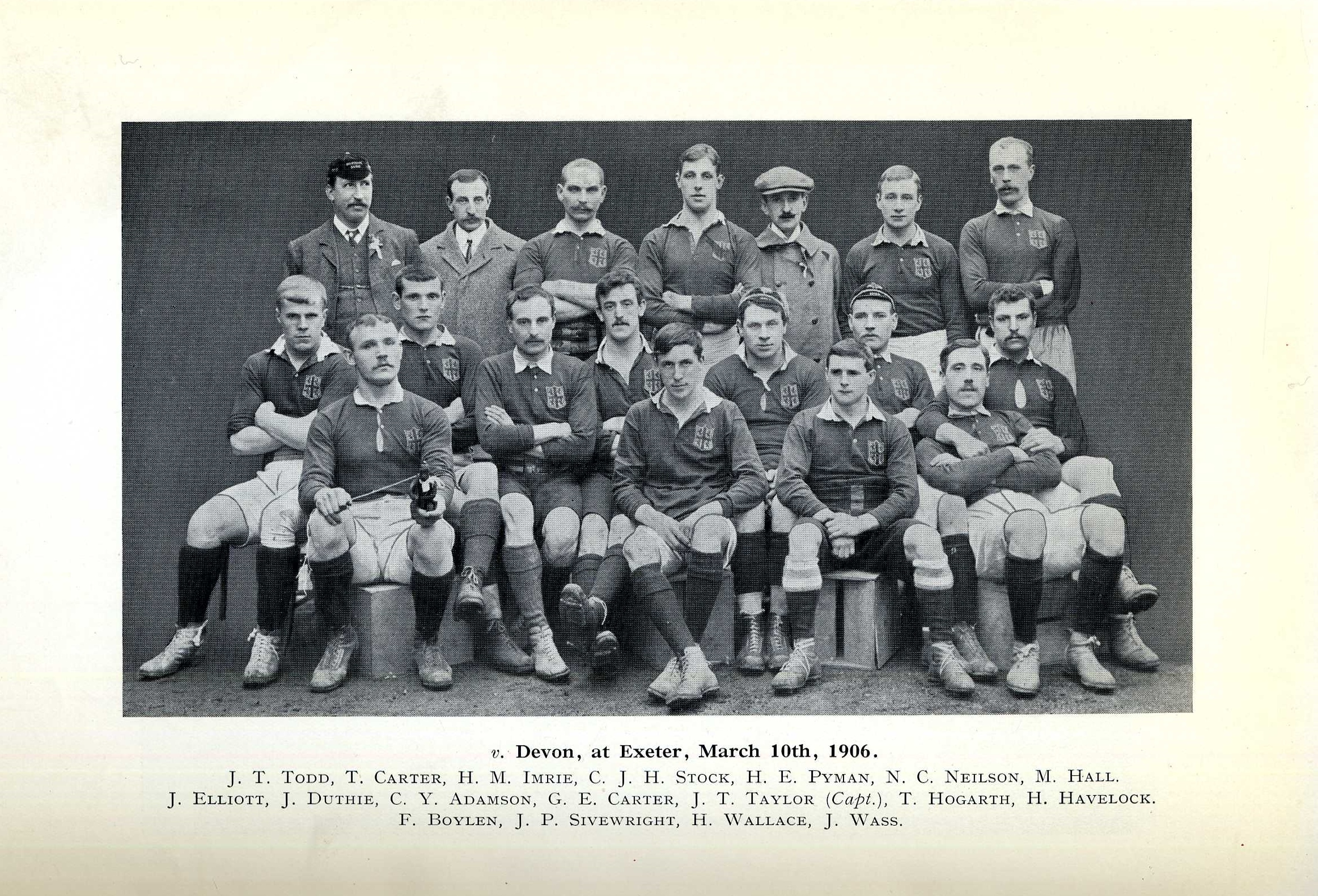 After he retired from rugby, he worked as a stockbroker in his father's firm and continued playing cricket for Durham City and at minor county level up until the First World War. He had played at Lords as far back as April 1898 and he became the captain of the Durham County Cricket XI, then a minor county side. He had married Katherine Lodge in 1905 and they had two sons, Charles and John, both of whom became notable sportsmen. But the war was to hit the Adamson family hard. Charlie's elder brother, Robert William, became a Second Lieutenant in the Durham Light Infantry and was killed on 26 May 1915 during the Battle of Ypres. Meanwhile, Charlie Adamson was commissioned into the 23rd Battalion (4th Tyneside Scottish), Northumberland Fusiliers on 20 January 1915 as Temporary Quartermaster with the honorary rank of lieutenant. He then served as a captain in the 8th Battalion of the Royal Scots Fusiliers. Charlie Adamson was posted to Salonika with the 8th Battalion in 1918 where he was killed on 17 September aged 43, just two months before the armistice, while attacking the Bulgarian trenches during the second Battle of Doiran. He is buried in Karasouli Military Cemetery in Greece.