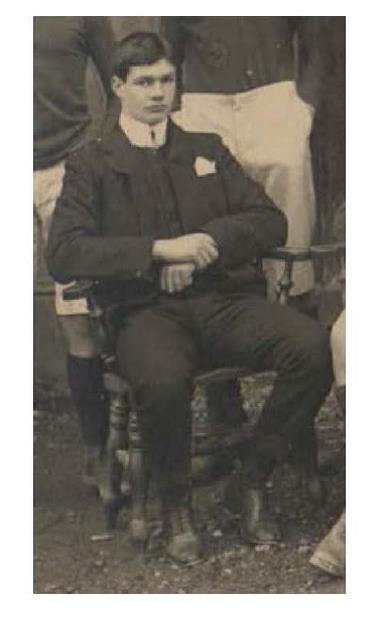 Arthur James Wilson was born in Newcastle upon Tyne, the son of Henry Bainbridge Wilson and his wife Emily Jane. Henry was a wool, skin and hide broker, and Emily's father was a master rope maker. In all they had five children, of whom Arthur was the youngest. From 1900 he spent four years at Glenalmond College in Perthshire, where he became a prefect and was a regular member of the rugby XV and of the cricket XI in his final two years. Upon leaving school he went to the far south west, and studied at the Camborne School of Mines. This was the most significant part of his rugby career as he not only played for the mining school, but represented Cornwall 17 times, including in their 1908 championship win at Redruth against Durham. Another such success did not come for Cornwall until 1991. 1908 was also the year of the Olympic Games in London, based around the old White City stadium. Rugby featured and Great Britain, represented by Cornwall and with Wilson in the team, won the silver medal, though sadly only they and Australia, the victors, participated. The following year he won his solitary England cap playing in the forwards in the 11-5 win over Ireland at Lansdowne Road. Poulton Palmer (two) and Mobbs scored England's three second half tries. After Camborne, he took his mining skills to the Gold Coast (now Ghana) and to South Africa, but also diverted to India as a tea planter. There is scant record of his service in the war, but his Medal Card records him in France by November 1915 with the Royal Fusiliers. The paucity of information is also reflected by uncertainty over his Battalion - 18th on the Medal Card, but 12th according to the Commonwealth War Graves Commission (CWGC). The CWGC records his death as 31 July 1917, which was the 1st day of The Battle of Pilckem Ridge, being the opening attack of the main part of the Third Battle of Ypres known as Passchendaele. His Medal Card gives the same date as "Presumed dead". Other sources quote 1 July or 3 July as his date of death. 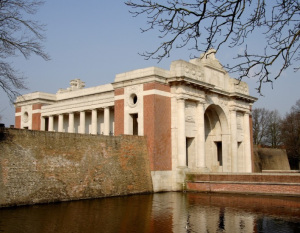 Private ARTHUR JAMES WILSON has no known resting place. He is remembered on Panel 6 and 8 of the Menin Gate at Ypres (above), and also in the chapel at Glenalmond College, at the Camborne School of Mines (Penryn Campus) and in Camborne church. He did not marry.