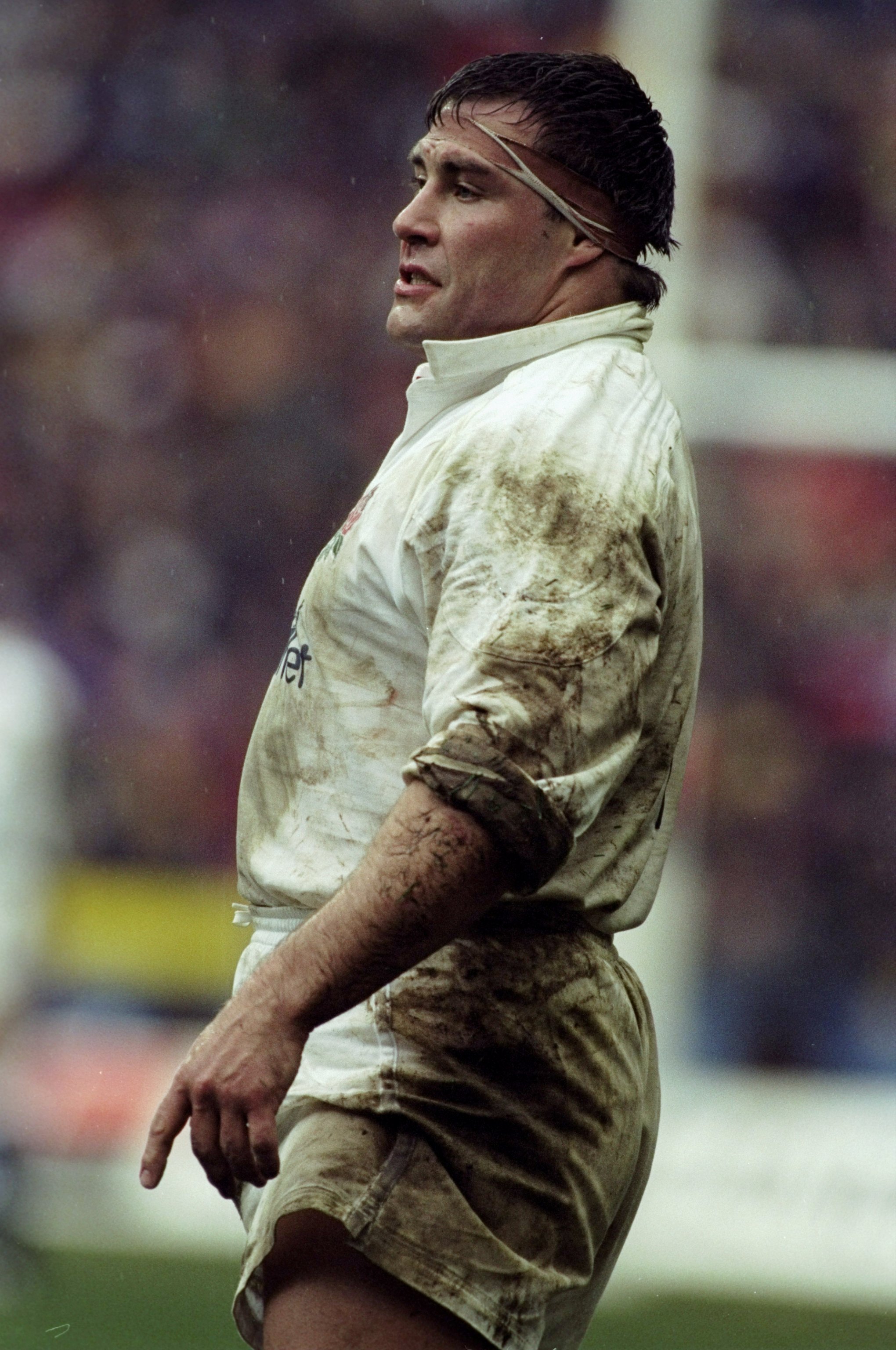 Early in Jason Leonard's career he was asked to complete a survey by his club Saracens. He listed 'tackling, scrummaging and strength' as his strengths and the same three attributes as his areas for improvement. Although he described packing down for a scrum as akin to 'being slammed against a wall, with your feet in the air', in the category marked weaknesses he wrote 'not applicable'. It was this self-belief and stubborn determination that saw him quickly rise to the top of the world game. He began playing as a prop at the age of 11 and throughout his career thrived on the one-on-one confrontation that the position necessitated. He became England's youngest ever prop forward when making his debut at the age of 21 in 1990. He then embarked on a record unbroken run of 40 appearances for his country despite suffering serious neck injury in 1992. During this period he helped England to three Grand Slams in 1991, 1992 and 1995 and was a defeated finalist in the 1991 Rugby World Cup. He remained a regular in the England side during the professional era, adding outright Championship victories in 1996, 2000 and 2001, and Triple Crowns in 1997 and 1998. In 2003 he featured in the side that would win another Grand Slam before playing a decisive role in shoring up the English scrum during extra-time of the 2003 Rugby World Cup Final, which England went on to win. On taking the field he said to the referee 'you know me, I go forwards, I go backwards, I don't go up and I don't go down so you won't be getting any penalties'. The ultimate team player, on learning that another had been selected ahead of him the first thing that Leonard would do was pass on all he knew about the opposition. By the time he retired he had amassed a record 114 caps during an international career that spanned the amateur and professional eras and included two World Cup finals.

He is the most decorated player in the history of English rugby.

About the Author - This article is an extract from the book One of Us: England's Greatest Rugby Players. Phil McGowan is Curator at the World Rugby Museum and has published several books about rugby and Twickenham, which are available to purchase on Amazon.