These words written by the late Frank Keating on the death of Andy Ripley could easily have been written about another tall, charismatic forward for Rosslyn Park, England and the British Isles: Alexander Findlater 'Fin' Todd who died near Ypres on 21 April 1915. The telegram announcing his death arrived at the family wine-merchants, Findlater Mackie & Todd, still the site of an off-licence over one hundred years later, and just a clearance kick away from Southwark cathedral where Ripley's memorial service was held in 2010. The 16 year old Fin joined Park in 1890 from Mill Hill School. Brothers James and William soon followed him. He served as Cambridge rep on the club committee for his years at the Varsity, where he collected three Blues. In 1896, he toured South Africa with the British Isles team. 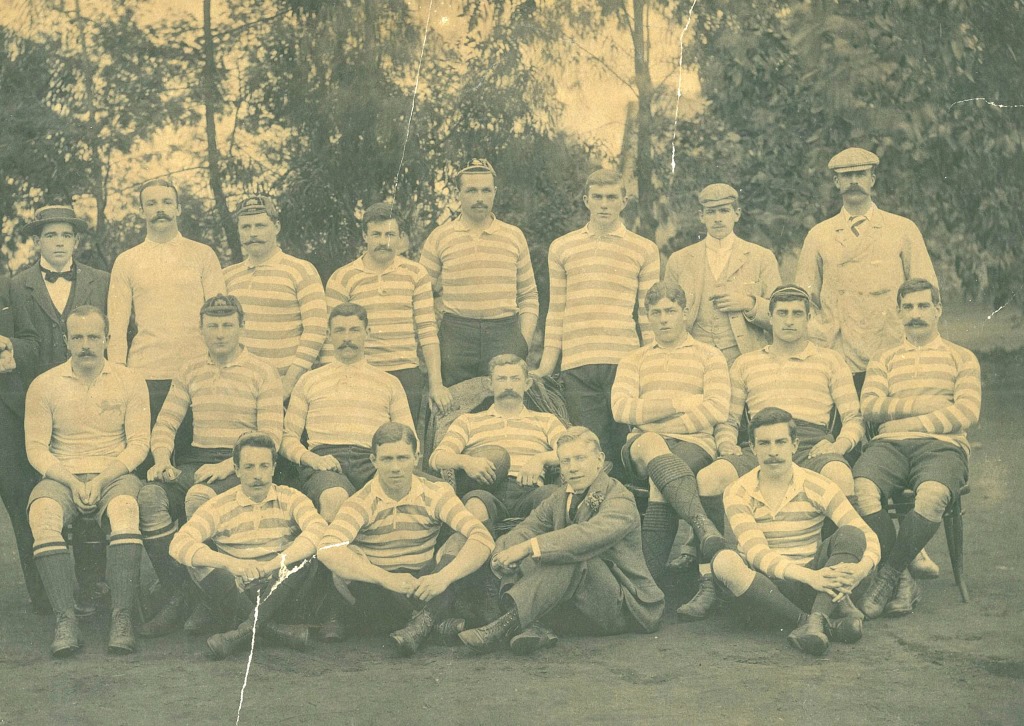 Hardly settled on dry land (or 'ground like a brick wall', in Fin's opinion), the tourists scraped home 14-9 in their first game, with Todd scoring. The Cape Times had initially admired the 'lengthy specimens of manhood', noting in particular that 14-stone Todd and even heavier 'Baby' Froude Hancock were giants in stature, but now found them 'very disappointing. The forwards are by no means fit yet and they have not settled into united work.' To Alec this was hardly surprising: 'three weeks on board ship, lying on one's back, coming after a hot English summer (including items such as May Week festivities ) is not conducive to good training. In the last ten minutes, I would gladly have changed places with a corpse.' The forwards would indeed unite, developing the art of wheeling and the snap shove on the put-in to counter their stronger opponents. Alec's great height of six feet two inches would later be remarked upon in a much graver context. 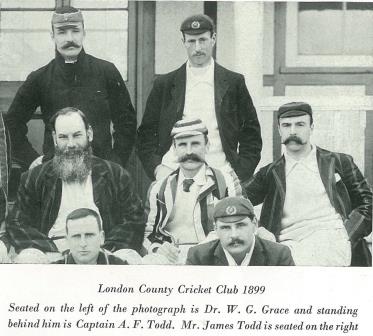 Touring in 1896 was a more decorous affair. In Cape Town, wrote Fin, 'quite unknowingly, I did a neat bit of gallery play, as I got a try and got winded at the same time…within about twenty yards of my favourite partner at a dance the night before. I think it was rather neat as I was unconscious of the fair lady's presence. I shan't forget that dance in a hurry…' He kept score on and off the field: 'I had 26 dances down on my programme; that holds the record for the tour so far.' On his return, he joined Blackheath which was nearer his family home in Forest Hill. He captained Kent, toured with the Barbarians and won two England caps in 1900, his height again an advantage: 'he had inches and physique, and not only did his share in the shoving but had great pace when the scrimmage had broken; and his safe hands always meant a try if the chance came in loose work.' Directly after the game against Scotland, he left to fight the Boer War in the country he had toured four years previously. Wounded twice, he would never play rugby again. He settled into a quieter round of minor counties cricket (playing with Dr W G Grace), the wine business and family life. But when his country called in August 1914, Todd, 41, who had retained a Reserve commission, was swift to answer and went to France in October. In April 1915, the day after returning from home leave, he was fatally wounded at the infamous Hill 60, a man-made spoil heap from a railway cutting' dug between Ypres and Commines, starkly named on British maps after its height in metres above sea level. More romantically, its local name before the war was 'Côte des Amants' or 'Lovers' Hill', as it was popular with courting couples. In the Flanders levels, it was an observation point from which German artillery fire could be precisely directed. A British assault on 17 April began with the explosion of three mines which blew off the top of Lovers' Hill. During the infantry attacks that followed, a German bullet would do much the same to the great charmer, Fin Todd. Accounts of his fatal wound differ but the charisma and leadership of Todd shine through them all. He fought as he played his rugby; standing tall and with no fear, and his men loved him for it. This Lion they willingly followed: 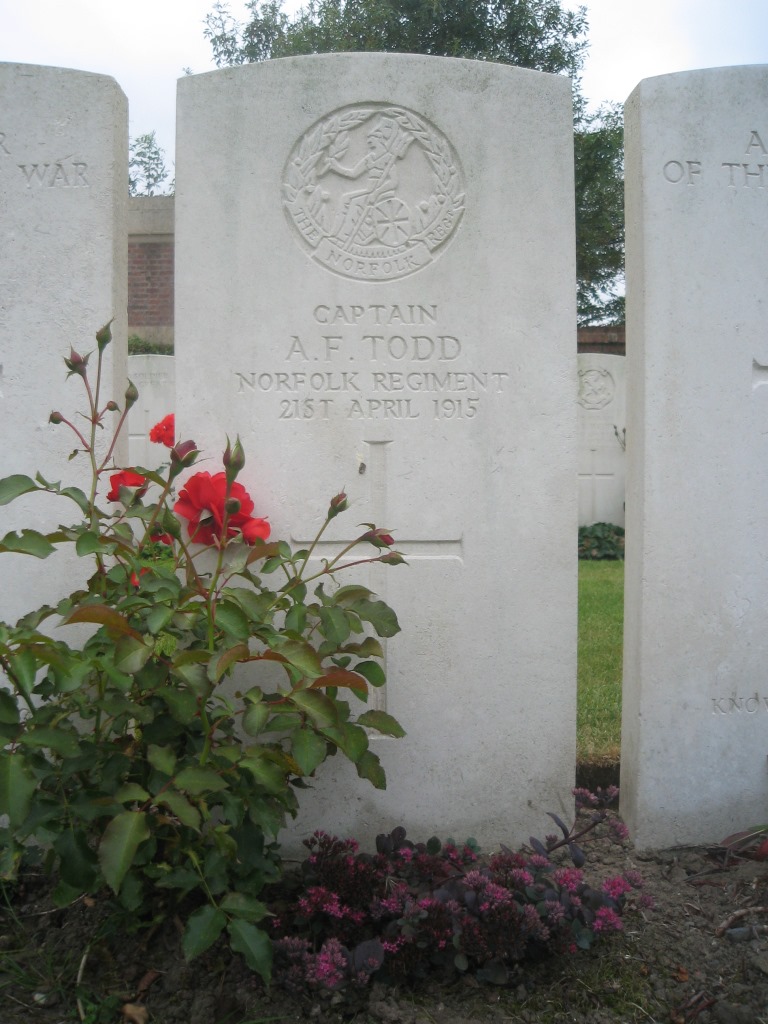 'Informant saw Capt Todd who was a very tall man, standing on Hill 60 in a very exposed position. He seemed perfectly regardless of his danger and two or three men remarked that if he stayed there he was bound to be hit, and suddenly they saw him fall.'

Another witness statement by Sgt Halesworth stated: 'he knew no fear and that he was standing up watching the Germans through glasses. He habitually exposed himself to danger.' Despite being wounded in the throat, he asked for a cigarette which he smoked. But the Clearing Hospital was unable to save his life. At his grave in Poperinghe, echoing the shirt he wore twice in 1900, a red rose still flowers by his white Portland headstone.