22 April 2018
Clarrie Wallach - From Bondi to the Western Front

Australian lock forward Clarence "Clarrie" Wallach had his promising international rugby career cut short by the First World War. A valiant member of the 19th Australian Infantry Battalion, Wallach would receive a number of commendations for his military service, including the Military Cross. After an offensive in April 1918, Clarrie Wallach would pass away from gunshot wound complications in hospital at Etretat, France. 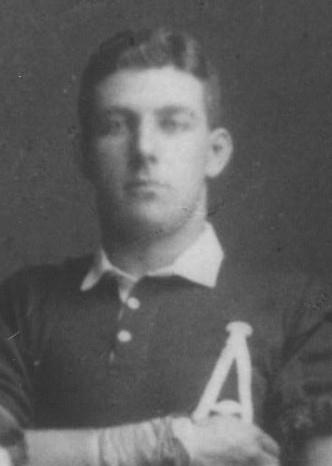 Clarrie Wallach was born in 1889 at Bondi, New South Wales. One of eleven children to Henry and Mary Wallach, Clarrie would spend his childhood playing rugby at Sydney Grammar School. He would go on to represent the Eastern Suburbs Rugby Football Club and the New South Wales team on 10 occasions, and was selected to play 5 test matches for Australia between 1913 and 1914, all against New Zealand. 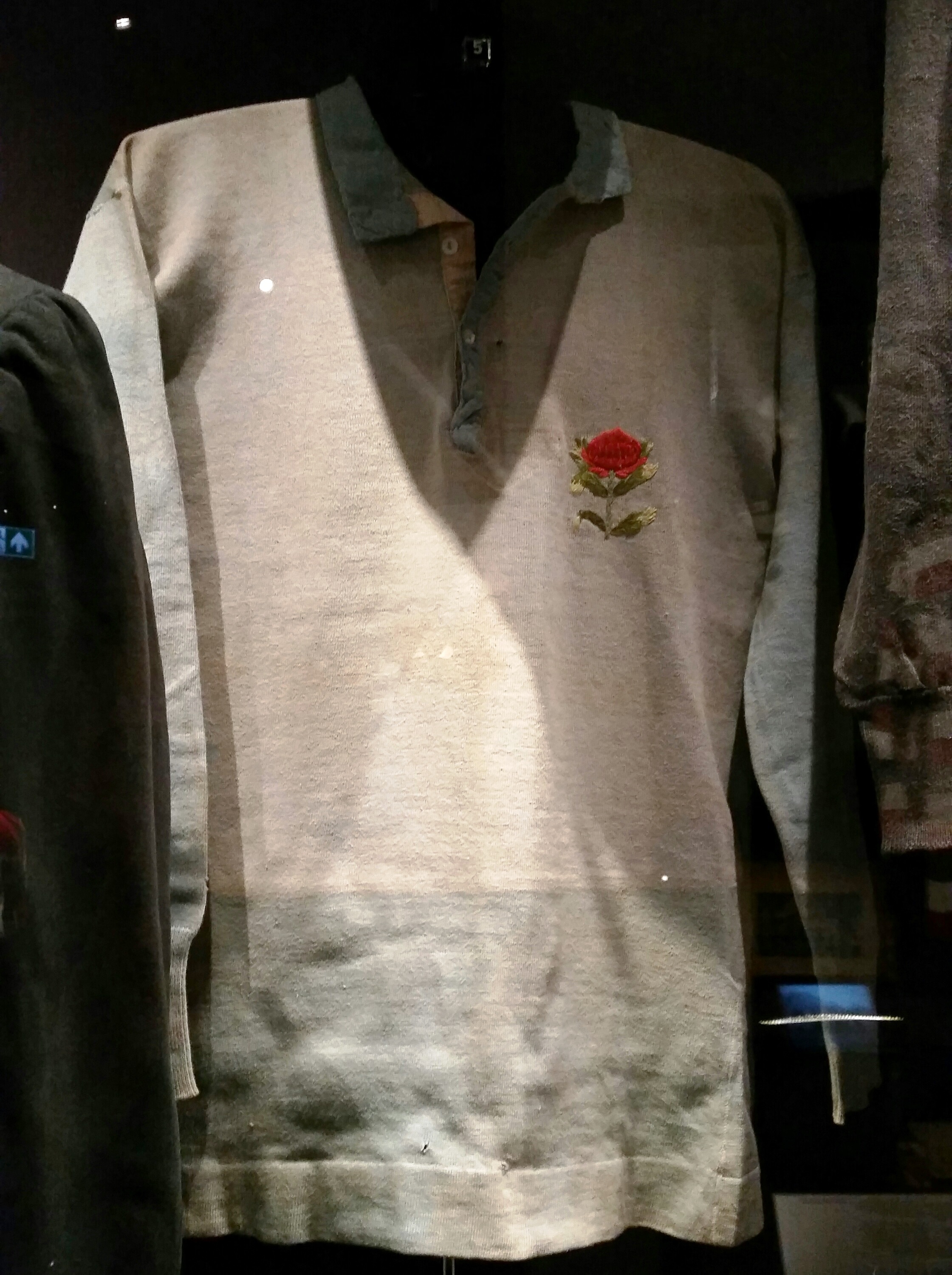 Wallach was called up for his international rugby debut in the 1913 Australian tour to New Zealand. Along with nine other debuts, including Eastern Suburbs RFC teammate Fred Thompson, Wallach would represent Australia for the first time on September 6th 1913, in Wellington. The Australian team was defeated 30-5 against the home side. Wallach did not appear in the Dunedin test match on September 13th, but was back for the third and final test of the tour on September 20th. With a 5-all draw at half time, the Australian side would steal the victory from New Zealand by the final whistle with a score 16-5. The following year, Wallach was selected to represent Australia in all three tests against the touring New Zealand side. Australia was defeated in the three games. The final match of the tour, on August 15th 1914, was the last game both sides would play before Australia and New Zealand entered the First World War. The vast majority of players enlisted in the war effort and by November 1918, 35 Wallabies had seen active service. Ten did not survive, four of whom had played in the last test against New Zealand. Clarence Wallach was one of these men. 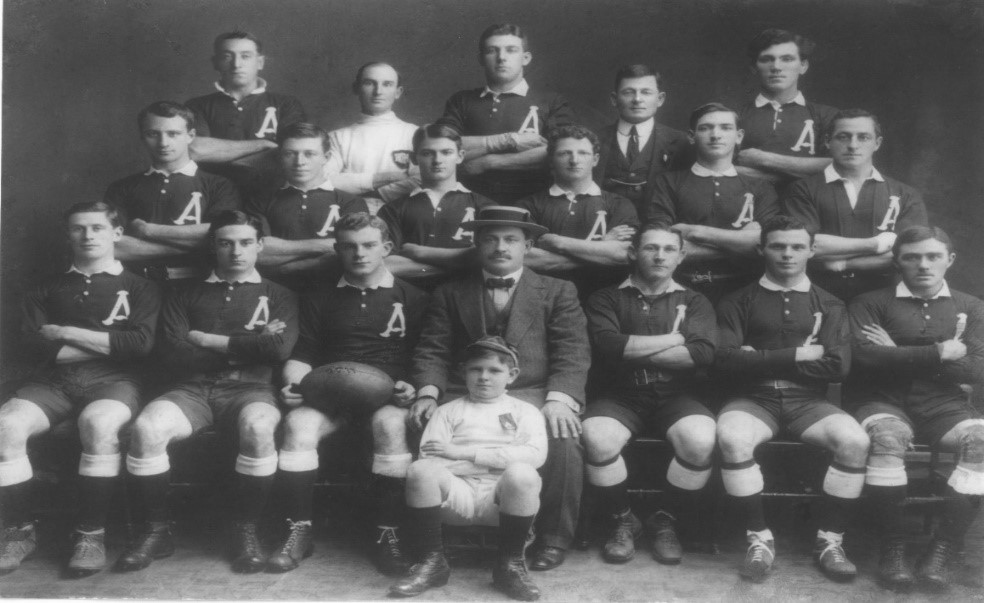 Enlisting on May 15th 1915, Clarence was one of five Wallach brothers who would serve in World War One. On June 25th 1915 he set sail from Sydney for training in Egypt aboard the A40 HMAT Ceramic, a British ocean liner that was requisitioned as a troop transport vessel during both World Wars. Wallach recalled his journey to the Ceramic that day in his diary:

"Arrived Sydney 10am received a great reception all the way down especially at Eveleigh Stations, where all the engines were screeching Cook-a-doodle-do. Marched down to Woolloomooloo in single file, impossible to march otherwise on account of the crowd, took about 2 hours to get there, embarked on ferry steamers which conveyed us to our ship… were fixed up with our quarters and then went on deck to see the swarm of small boats with friends of the boys saying good-bye. Steamed out at 4pm amidst great noise from the surrounding ships and ferries."

During training in Egypt, Wallach mentioned his fellow Australian rugby teammates Tasker and George in his diary:

"We arrived at Heliopolis about three weeks ago. We have been in some pretty solid work, but expect to go into the real stuff next week. All the rugby union men are well here, from the Major down to the privates. Twit Tasker told me how Harold George died the death of deaths - a hero's - never beaten till the whistle went".

Serving in Gallipoli, Clarrie Wallach was then sent to the Western Front. He received great praise for his actions on the night of the 26th-27th July 2016 and was subsequently recommended for a Military Cross. The application for this recommendation on 26th August 1916 reads:

''during the period 25th July/4th August at POZIERES (Wallach) displayed great coolness under fire and devotion to duty. ''His company held the front line trenches at POZIERES village. The village was under intense bombardment for 48 hours on the 26/27th July. The O.C. Company, Captain Heritage, was killed, and all the other Officers were wounded, and the causalities among the other ranks were exceedingly severe Lieut. Wallach continued in command of his Company and his Conduct and example had an encouraging effect on his men. This officer did consistent good work as Scout Officer in the Bois Grenier district especially in connection with the successful raid on the enemy's trenches on the night of 25th/26th June 1916.''

Wallach was not just awarded the Military Cross for his actions; he was also promoted to Lieutenant in August 1916. He would subsequently be promoted to Captain on July 27th 1917. Forever dedicated to his sport, Wallach joined the Australian Imperial Force football team on a trip to England in December 1917. Returning in early 1918, this would be the last time that Wallach was able to play the sport he loved. On April 7th 1918, Wallach was wounded at Hangard Wood. He was evacuated to hospital, where it was determined that he was suffering from gunshot wounds to both legs and a compound fracture. Over the coming days, gangrene set in and Wallach required a leg amputation. He would soon after pass away, on April 22nd 1918. After Wallach's passing, a Pardre at the hospital where Clarrie Wallach was treated recalls to a reporter from The Sun,

''There lies the body of a brave man, if ever there was one,'' says the padre. ''(Wallach) made a great fight for life, and when he died he died with a glad spirit. The doctor asked me to break it to him that they must take away a leg in order to try and save him. He said, with a bright smile: 'That's all right, Padre, tell them to go straight ahead.' Later the doctor came again to ask me to let him know that the other leg must go. Once again he did not flinch, and when, at the end, I had to prepare him, he never quailed nor belched. He was still able to smile. He said, 'Padre, I am glad I have lived my life like this, and would not have missed it for anything. It was well worth it.' Of such is the kingdom of men.''

It is estimated that 5,000 Australian rugby players saw active service in the First World War - approximately 98% of players at the time. Clarrie's brother Neville, also a keen rugby player for the Eastern Suburbs RFC, was killed in action in the Second Battle of Villers-Brettoneux on May 1st, 1918 - not even two weeks after Clarrie's passing. The two brothers were laid to rest in France.