This rusty old horseshoe might not look like much, but it potentially gives us an insight into several aspects of Twickenham's 100-year history. This is because nobody really knows for sure how it came to be here at Twickenham, but there are several theories. 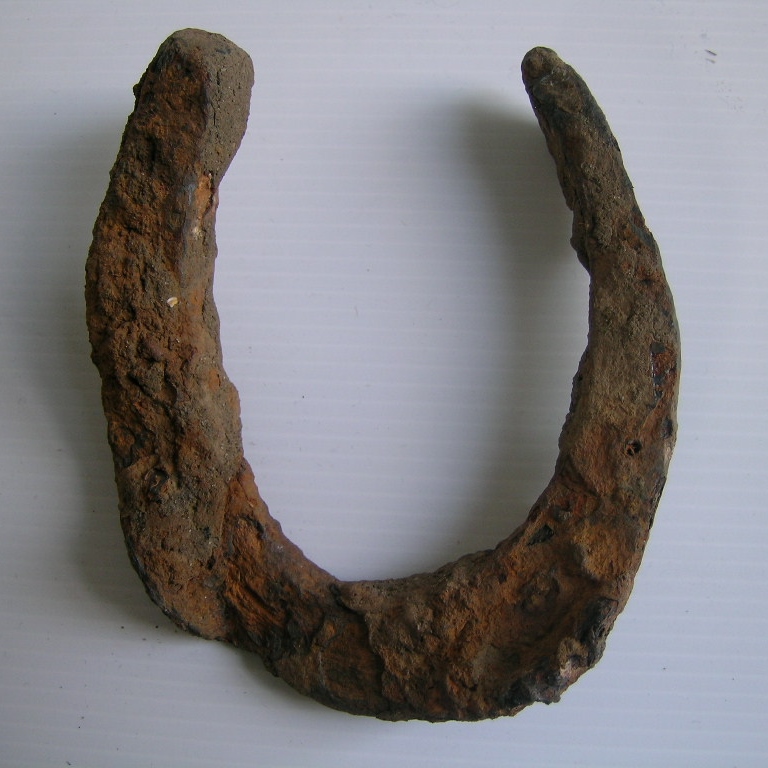 The horseshoe was found approximately 14 inches (about 35.5cm) under the Twickenham pitch by the Clerk of Works, John Clark, in 1999, when the pitch was having new drainage works put in place in time for the Rugby World Cup. Upon its discovery, an expert was consulted and dated the shoe to between 1880 and 1920. So, this leaves us with several possibilities:

But there's one more option. Maybe the horseshoe was placed under the pitch during construction in order to bring the Stadium many years of good fortune. What do you think?