09 September 2019
The Return of the Springbok Girl

One of the World Rugby Museum's most beloved paintings has returned home after a long term loan period in South Africa and to celebrate we thought that we would share her tale with you. 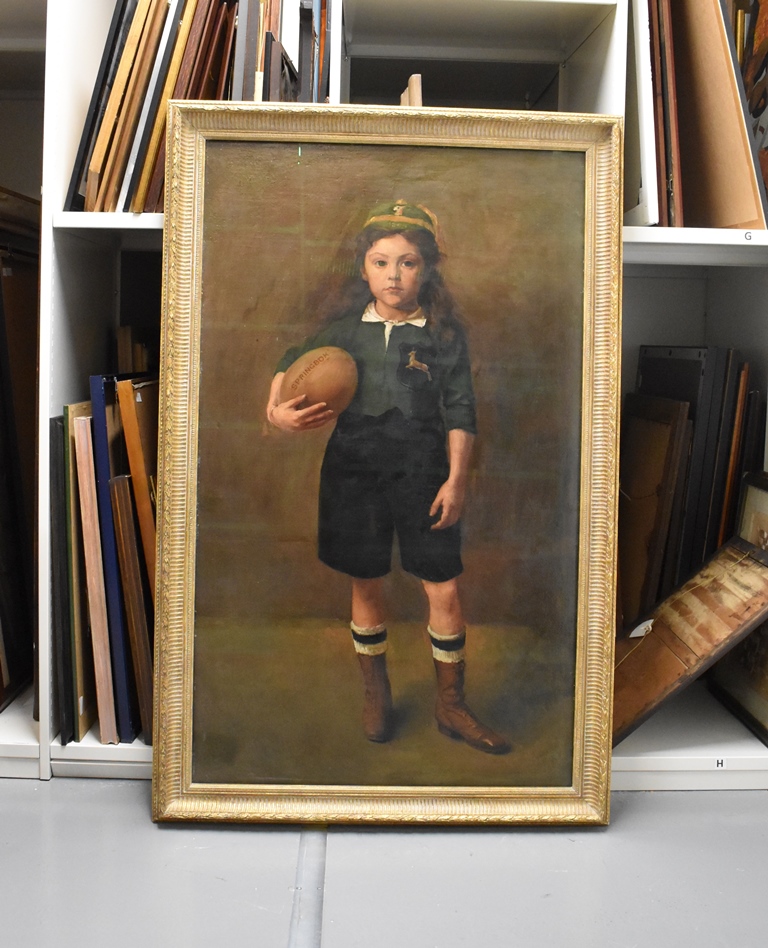 The Springbok Girl before going on display

The story begins not with an artist but with a rugby team on their first ever international tour. In 1906 South Africa hoped to replicate the success of New Zealand's tour the previous year and embarked on a voyage to visit England, Ireland, Scotland, Wales and France. After learning how New Zealand had been christened the All Blacks during their tour they did not wish to leave their nickname to chance (or the British press!) and so began referring to themselves as De Springbokken. The Daily Mail misquoted this as the 'Springboks' and the name stuck. The 3 and a half month tour saw the Springboks play rugby against some of the best teams that the 5 nations had. Not only did they play matches against the 5 national sides, they also played against many of the clubs from each of the countries - spreading the word of the Springbok prowess on the field. They won 26 out of the 29 matches that they played, losing only two and drawing one and with this the legend of the Springboks was born. Now this is where our painting enters the story. This early 20th century oil painting shows a young girl dressed in full Springbok regalia - but who is she? It would be sensible to assume she was a relative of one of the Springbok squad, after all who else would have access to the official uniform of the team? If this is the case our next question is, how did the painting end up in an auction in Wales over 90 years after it was painted (as this is how the museum acquired the painting in 1999)? The true story is that the little girl wasn't a Springbok at all; in fact she wasn't even South African. Kathleen Trick was Welsh and the relative of the Mayor of Stoke Newington. The Mayor happened to be invited to the 1907 fancy dress party being held by the Lord Mayor of London and had decided to pass the invitation along to Kathleen and her father. A lovely gesture, but it leads us no further in our quest to find the Springbok connection. Well, this is where Kathleen's father steps to the fore. 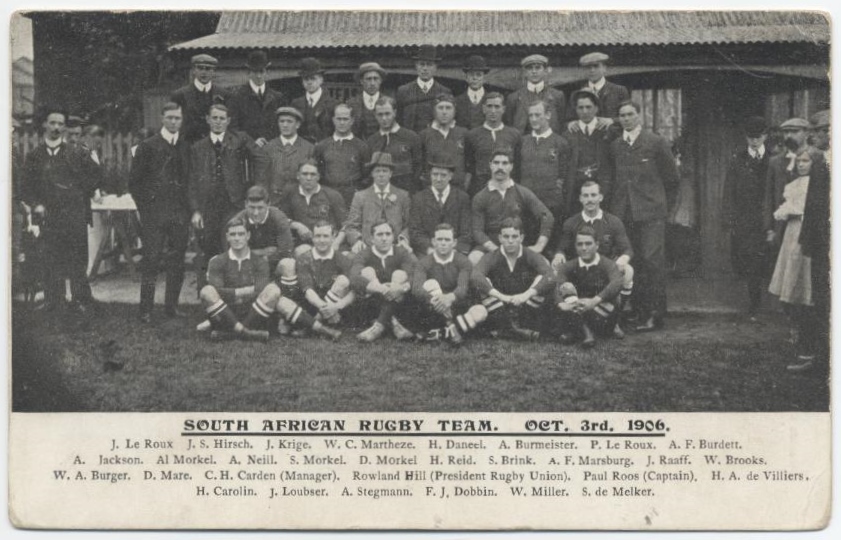 Mr Trick was an avid rugby supporter and member of the London Welsh Rugby Club. He had seen the Springboks play and, after being captivated by their performance on the field, decided that their uniform would be the perfect costume for his daughter. The one snag he faced was that only the members of the team were allowed to wear the kit. However, after negotiations with the team manager, Cecil Carden, Kathleen became a lifetime member of the Springboks and had a miniature version of the uniform created for her by the team outfitters. The costume was a huge success at the party and after the event Kathleen received a letter from Cecil Carden to praise her efforts. Her portrait was painted in commemoration of the triumph and was hung in the dining room of her family home. Family legend has it that Kathleen never liked the painting, and so for a long while after it was given to her, it was hidden behind a wardrobe at her home in Neath. Some years after Kathleen's death, the painting went up for auction and was purchased by the museum. We had the painting restored and it was hung in our galleries for over a decade before sending it to Cape Town on loan so that the Springbok Girl could see South Africa for the first time. She is now back on display at the World Rugby Museum. Springbok Girl was created by Welsh artist and illustrator John Kelt Edwards (1875-1934).

Our object of the month is this photograph of Kathleen Trick, ‘The Springbok Girl’, which was recently donated to the museum by one of Kathleen’s nieces. When Kathleen wore this custom-made kit to a fancy-dress party in 1907, it was the start of a special relationship with South Africa’s touring rugby teams...
Read More