During the recent England v Scotland Calcutta Cup match held here at Twickenham we were lucky enough to be able to welcome British astronaut and rugby fan Tim Peake. Tim's fascination with flying began from an early age. His journalist father had an interest in historic aircraft and often took him to air shows. This early passion became a profession for Tim when, at the age of 22, he embarked on an 18 year long career in the Army Air Corps. As well as flying reconnaissance missions all over the world he became a flight instructor and test pilot.

"There are some experiences I had where I was genuinely taking the aircraft somewhere nobody had taken it before - speed or altitude." - Tim Peake 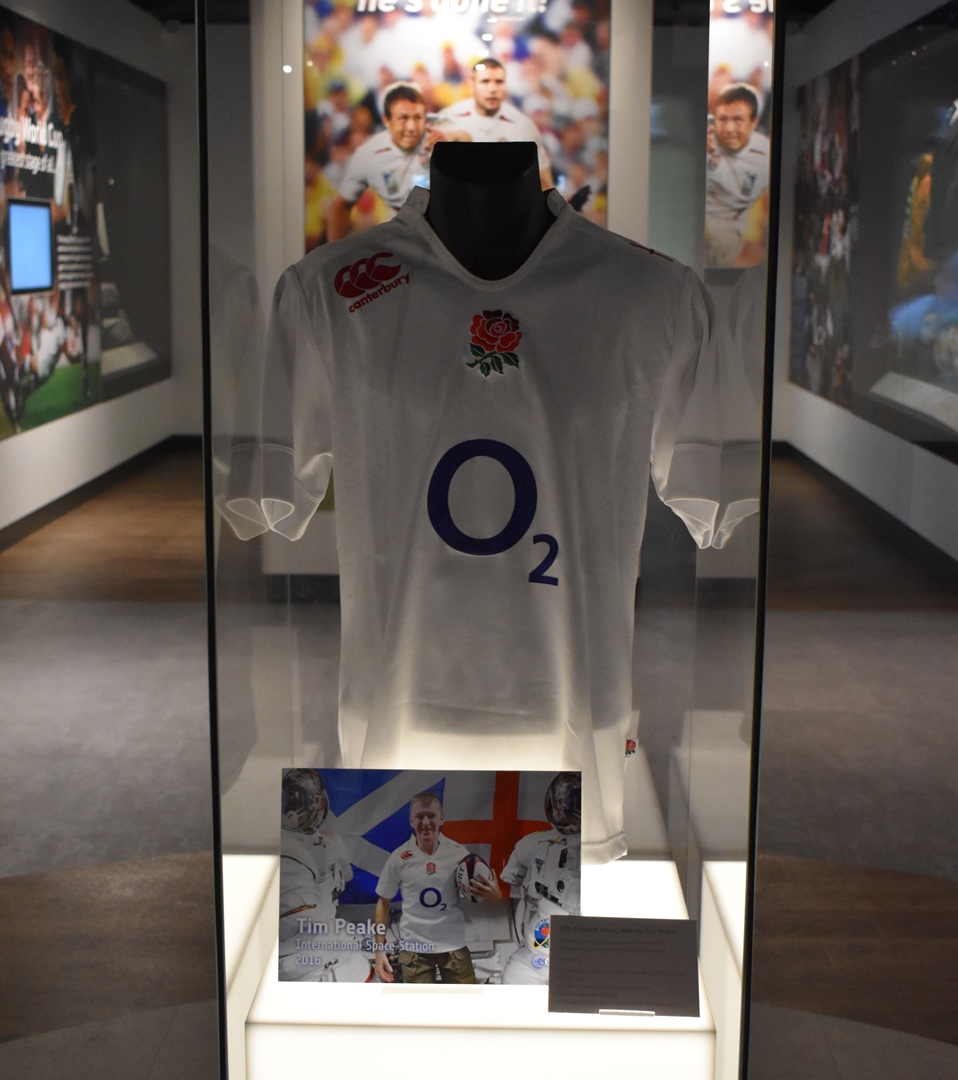 In May 2008 the European Space Agency (ESA) announced that it was taking applications for new astronauts. It was too good an opportunity to miss and looking for the next adventure Tim sent off an application along with over 8,000 other hopefuls. Fast forward to 2009 and after clocking more than 3,000 flying hours Tim retired from the British Army as a Major. His next job, senior test pilot for a helicopter manufacturer, was cut short after he received a call from ESA to say he was to be one of their 6 new Astronauts. What followed next were 14 months of intensive training. Tim had to learn a lot of essential new skills such as speaking Russian, space law and CPR as well as learning to move in zero gravity and how to spacewalk in a Russian spacesuit. On top of this he and his crew mates were put into a lot of challenging environments to ensure that they could handle any situation that they might encounter. Not only did the group have to live and work in an underground cave in Sardinia, they also became aquanauts for NASA's Extreme Environment Mission Operations (NEEMO), living for 12 days in a tiny laboratory 20m under the ocean. After completing all of the advanced astronaut training Tim worked for six months as part of mission control before being selected to take part in the Principia mission in space. Tim launched in to space on the 15th December 2015 to become the first British ESA astronaut to visit the International Space Station (ISS). The Soyuz rocket carried him along with his 2 crewmates Tim Kopra and Yuri Malenchenko to the ISS where they were to spend the next 6 months living and working. During his mission Tim took part in over 250 scientific experiments including investigating new vaccines and monitoring the earth's environment. During the first month on the mission he completed a spacewalk to repair the stations power supply and he drove a rover across a simulated Mars terrain from space. Another major achievement saw Tim run the London Marathon on the ISS treadmill. After completing his mission and spending a total of 185 days in space Tim returned to Earth on 18th June 2016. The Soyuz capsule he returned in reached 25 times the speed of light on its descent landing finally in Kazakhstan.

"It was incredible - the best ride I've been on ever." - Tim Peake on his journey back to Earth

An amazing story, but what's all this got to do with the World Rugby Museum I hear you ask? Well, in the words of David Bowie 'Ground Control to Major Tim, You've really made the grade, and the papers want to know whose shirts you wear'. So buckle your seatbelts because we can reveal that where rugby shirts are concerned at least, it is England all the way. Whilst visiting us this March Tim kindly donated the England jersey that he wore to watch the England v Scotland match whilst aboard the ISS. This England jersey has spent 185 days in space and travelled a total distance of more than 114 million km. To put this into perspective the centre is usually the player who travels the most during an average game of rugby - travelling a maximum distance of 8.74km. Tim's jersey has travelled 13 million times further than that of Owen Farrell's during the match it was worn to watch in 2016. 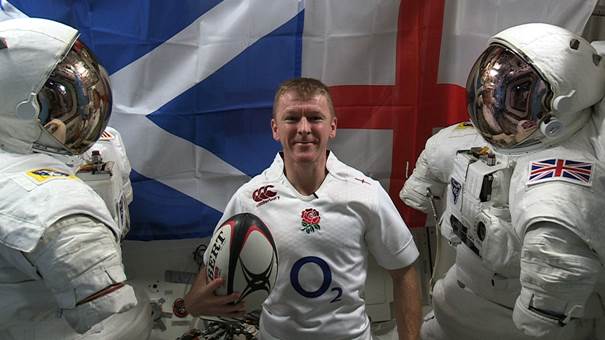 As Collection Manager for the museum this new acquisition poses something of a lovely conundrum for me. In our collections catalogue we have categories for international jerseys, club jerseys, and for signed jerseys but this is definitely our first (and likely only) extra-terrestrial jersey. Where it will end up in our catalogue has yet to be decided but it really is a true space oddity.