A year after the world sadly lost illustrator Murray Ball, the World Rugby Museum remembers his wit, politics and love of rugby. Creator of the iconic Footrot Flats comic, the New Zealander left his mark on rugby history in the 1980s when he dramatically withdrew his character Dog as the mascot of the All Blacks. 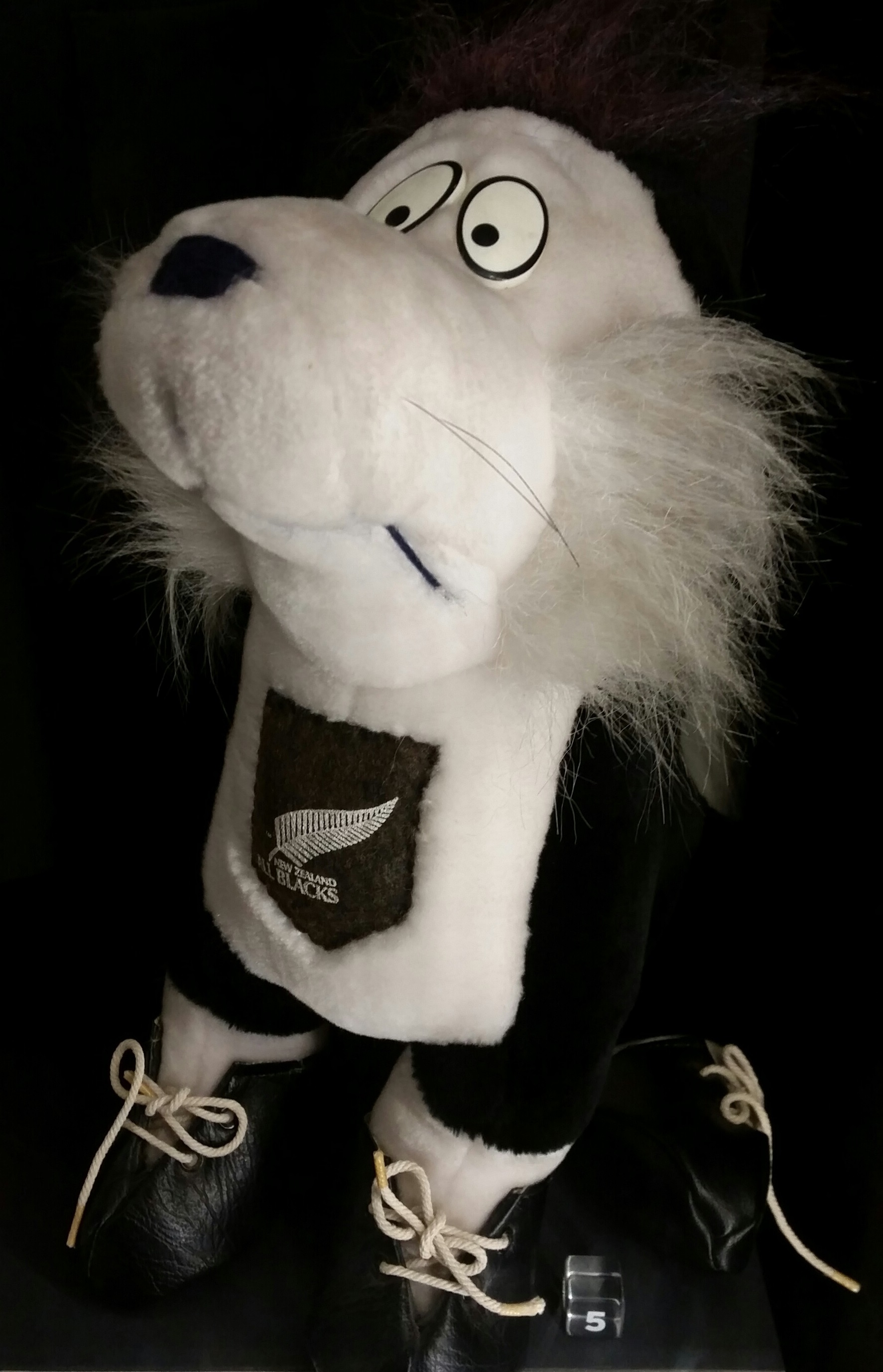 Murray Ball's Footrot Flats was first published in The Evening Post in 1976 and continued until the late 1990s. The 1986 film Footrot Flats: The Dog's Tale, gained further popularity for Ball and his collection of loveable characters. The comic followed the story of Manawatu farmer Wal Footrot and his lovable dog, 'Dog'. Footrot Flats presented an endearing parody of New Zealand life, whilst commenting upon the pertinent issues faced by New Zealand at the time. Sport, and in particular rugby, was intrinsic to the stories Ball told in Footrot Flats. Wal Footrot played rugby for Raupo RFC as a hooker and was often depicted training or playing for the club. He tried his hand at coaching the youth team from time to time, but coaching wasn't the end goal for this solid farmer - his real dream was to represent the All Blacks. This was gloriously illustrated in the Footrot Flats: The Dog's Tale film. When teaching his niece Pongo and local boy Rangi how to play rugby, Rangi asks Wal, ''haven't you heard? An All Blacks selector is coming to town next month.'' Wal's fantasy of playing for the New Zealand national team is played out with Wal portrayed as the hero of the "magnificent All Blacks", who single-handedly thwarts the touring British & Irish Lions of a victory on the pitch. Stealing the ball and ducking through legs to score a try, Wal leisurely gives a bruised and battered Lions team a cheeky double-fingered gesture as he walks by afterwards. Next, Wal's off to kick his conversion - and he does it backwards towards the opposite goal posts, but the ball miraculously changes direction in the air and sails through the centre of the All Blacks' posts. ''What a perfect demonstration of the national ability to read the weather,'' the commentator exclaims excitedly. 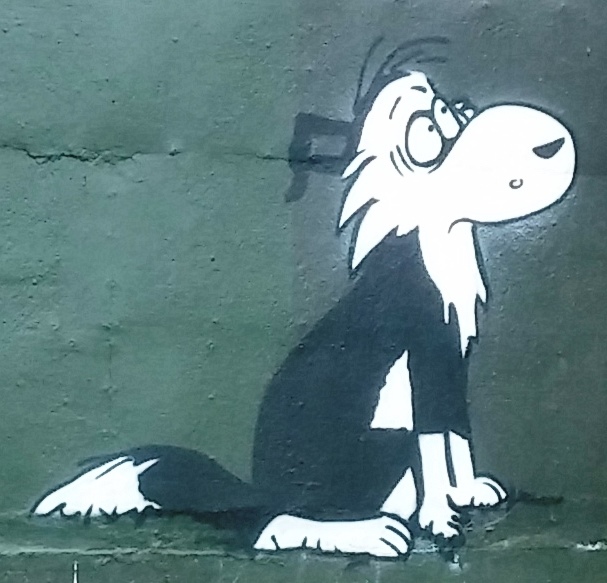 Looking for vengeance, the Lions pounce upon Wal and stomp all over him. With no justice served against the attack on poor Wal, the commentator declares, ''what do you expect from a frog referee who probably thinks a ruck's a large stone?'' Wal is carried off for medical treatment, but he cannot be contained - running back onto the pitch resembling an ancient Egyptian mummy, wrapped head to toe in bandages. Wal swings himself around the posts to kick the ball away, dramatically preventing the ''boringly consistent Pom'' from scoring. Rugby was close to Murray Ball's heart. His father was an All Black, representing the side on the left wing between 1931 and 1936, including the 1935-1936 tour to the United Kingdom. Murray Ball represented his local club, Manawatu, between 1958 and 1962 and trialed for the All Blacks in 1961, but never made the squad selection. Politics was also close to Ball's heart. Fellow New Zealand cartoonist, Tom Scott described Ball as a "fiercely political and fiercely egalitarian" man. Living in South Africa between the ages of 11 and 19, Murray Ball was well acquainted with the system of apartheid and grew to hate the country's oppressive political system. It was his first-hand understanding of the troubles South Africa faced under this system that motivated Ball's opposition to the controversial 1981 Springboks tour to New Zealand. 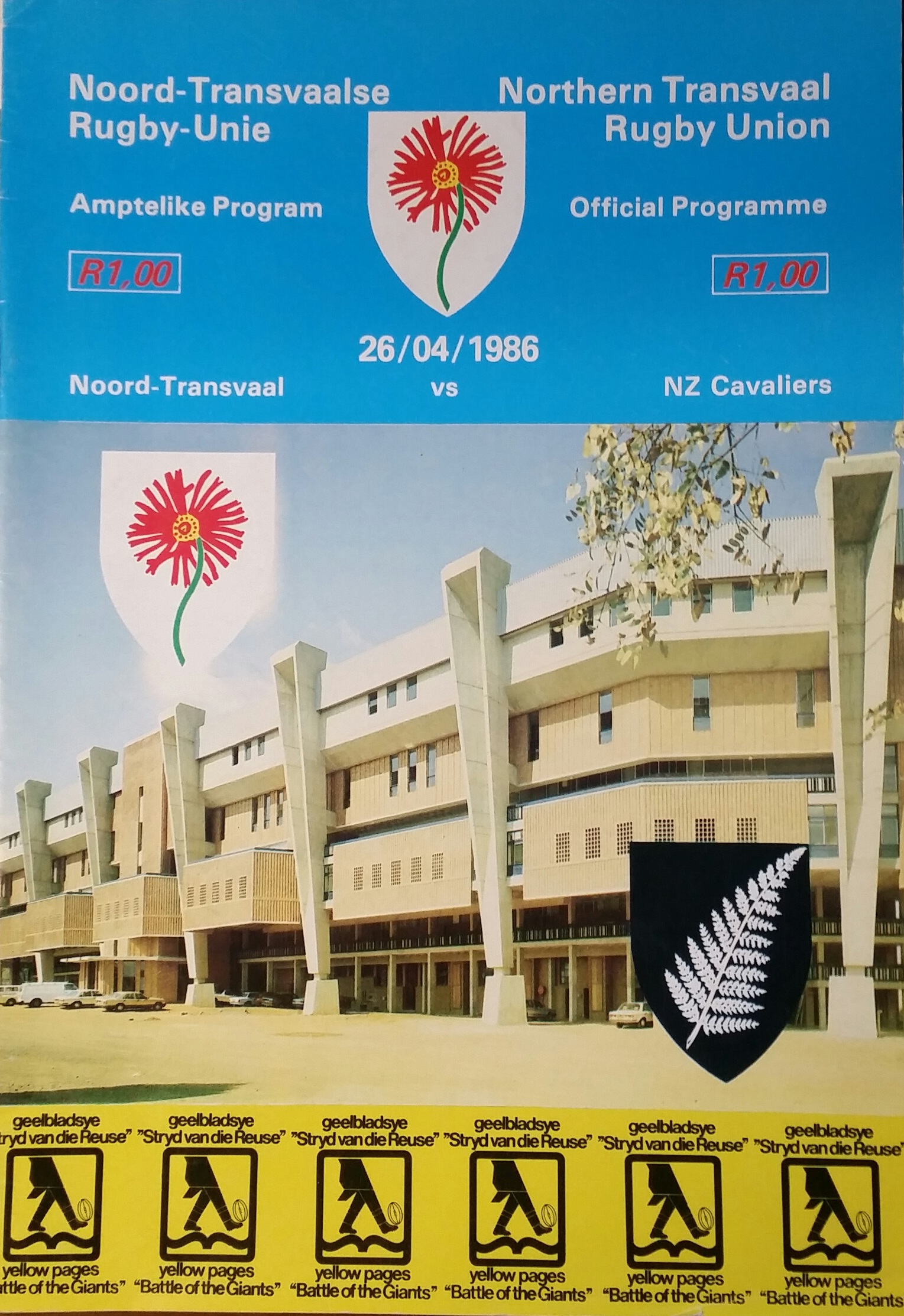 Four years later, the same issue would arise again with the suggestion of a 1985 All Blacks tour to South Africa. By this time, Footrot Flat's Dog has been adopted as the All Blacks' team mascot, but Ball did not wish his creation to be associated with the team if they were willing to visit South Africa. His morals outweighed his love of rugby and Ball was prompted to send a letter, in the Dog's voice, to The Dominion newspaper in Wellington, publicly resigning his position as the rugby teams' mascot. It stated, "I just wouldn't feel right sittin' there while we played rugby with the people who have killed more than 300 men, women and children in the last six months because they are not white." Eventually, the 1985 tour was cancelled, but an unofficial tour took place the following year, with a New Zealand team playing under the guise of the 'New Zealand Cavaliers'. The tension between rugby and apartheid in the second half of the 20th Century demonstrated the complex relationship between sport and politics. Murray Ball used the removal of Dog as the All Blacks' mascot to make a statement to a wide audience. Others protested the South African regime and the Springboks tours in a variety of ways. A plush version of Murray Ball's Dog is on display in the World Rugby Museum's Rugby and Apartheid gallery, alongside detailed accounts of those who played, policed and protested at rugby matches during the apartheid era.