This month saw the beginning of the 2018 Natwest 6 Nations Championship. Ahead of this year's Calcutta Cup match we are highlighting this touch flag which is currently on display in the Six Nations gallery of the new World Rugby Museum. Between 1883 and 1909 the Home Unions (England, Ireland, Scotland and Wales) played each other in an annual series of friendly matches. In 1910 France joined the series, playing matches against all of the Home Union teams, beginning what became known as the Five Nations Championship. Up until the early 1990s there was no trophy for this tournament. Rugby was still an amateur sport, and the idea of official competitions was frowned upon by many. The tournament became known as the Six Nations Championship in 2000 when Italy joined. 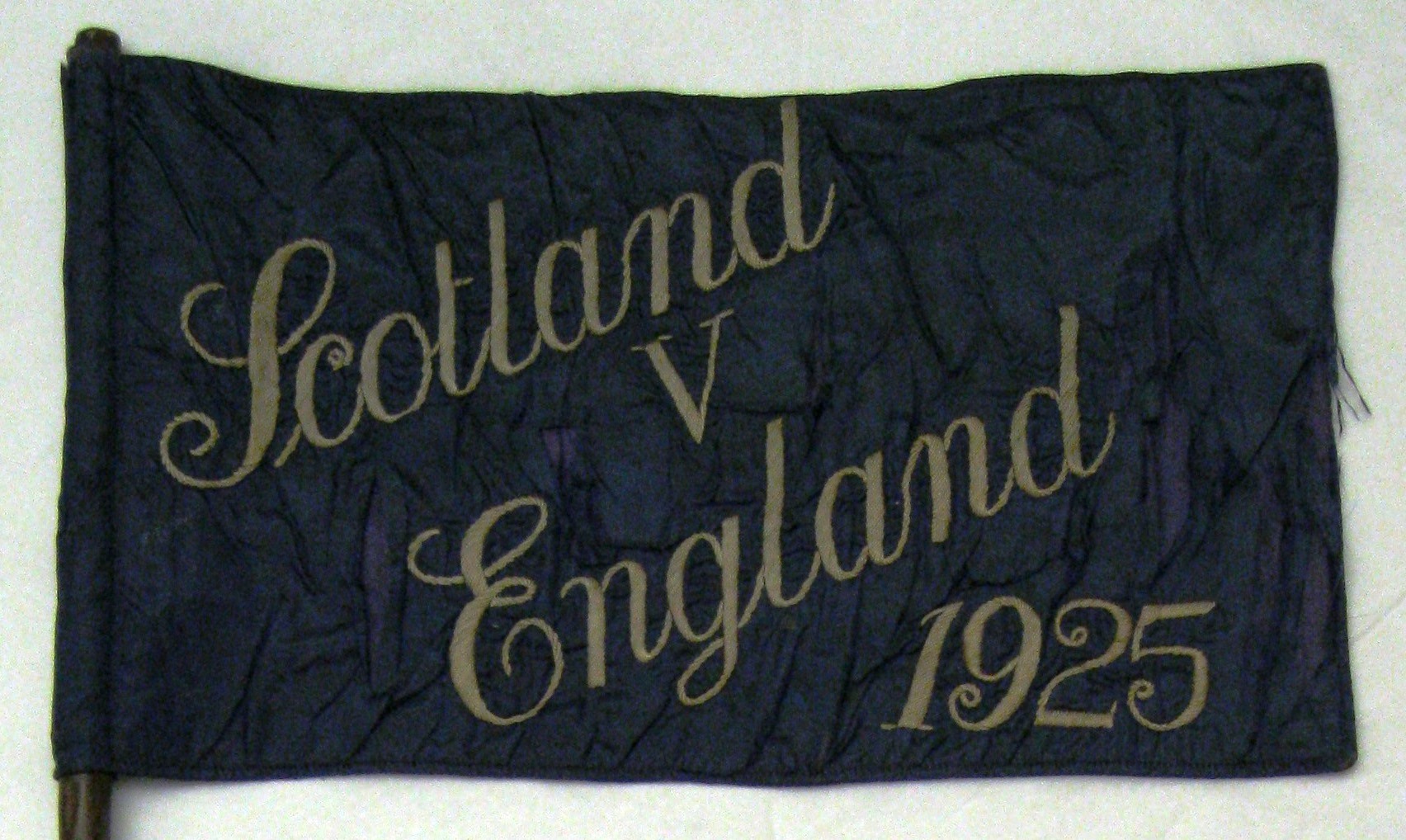 This touch flag is from the match between Scotland and England on 21st March 1925, the first International to be played at Murrayfield, Edinburgh. Scotland went in to this game having comfortably defeated France, Wales and Ireland and were in search a first 5-Nations clean-sweep, or Grand Slam as it would later be known. England however were the reigning champions and hadn't lost against Scotland since 1912. England's goal-kicking prop Bill Luddington gave England an early lead before the Scottish captain Phil Macpherson burst through from deep to send his scrum half Jimmy Nelson over for a try. Two tries for England either side of the interval, including one for captain

Wavell Wakefield did much to silence the 80,000 strong partisan Murrayfield crowd. Scotland however rallied and a converted try put them back within touching distance of the lead as the clock ran down. With minutes remaining a dropped goal from Scottish fly half Herbert Waddell hauled the hosts back in front to the delight of the crowd. At the final whistle it was 14-11 to Scotland and Murrayfield had borne witness to a Scottish Grand Slam in its very first game. In 1975 several survivors of Murrayfield's first game sat for this photograph.